To the Wiz Chocobo Outpost

While most other sidequests are merely a source of experience and treasure, "Friends of a Feather" has a very lucrative payout at the end: the ability to rent Chocobos. To start this sidequest, travel to the Wiz Chocobo Post, which you can easily do by getting in the Regalia and picking the option Auto/Quest Location and have Ignis drive you to "Friends of a Feather" or just manually drive down the road running south-east from the Coernix Station - Alstor outpost.

Wild Beasts on the Open Road

There is something you can do along the way, however. To the west of the road you'll find a white-and-red car. How did the car get there, what with the unbroken line of roadside barriers? Who knows. This event can be found due east of the northern tip of the Neeglyss Pond, just north-east of the Digythe Haven Campground. If you find The Nebulawood Parking Spot, you're too far south. Anyways, you know the drill - fork over a Repair Kit and you'll get profitable compensation in experience and Gil.

Photo Op: Ranch: On the way to (or from) the Wiz Chocobo Outpost Prompto might bug you about getting a photo with a Chocobo. Agree to allow him to waste your time to start "Photo Op: Ranch". When you arrive there, just go to the spot near the Chocobo corrals to get some easy experience.

When you arrive, check out the Wiz Chocobo Outpost branch of Culless Munitions to find some new weapons and accessories. If you've got the Gil to burn, an upgrade is long overdue, but if money is tight, you might want to hold off, as you'll get the option to buy or find superior weapons soon enough - in particular, hold off on buying any daggers, as you can just pick some fairly good ones out of a Treasure Spot in a bit.

Next make your way to the front of the outpost building and plunder a loot spot to score a Camera Strap accessory off the front porch. This is a Prompto-only accessory that will allow him to take more pictures in a day, so if you've got an accessory slot to spare, consider indulging the guy's hobby. Once done, check out the Post Kiosk store, where you can purchase various goodies. Iron Shelf Recipes Vol. 2 will teach Ignis the recipe for "Prime Garula Rib", while Memories of FFX is a great purchase for any audiophile.

Note: If you've got the Gil, pick up the Cactuar Statuette , as it'll be needed in a quest later on.

One more thing to do before you talk to Wiz himself is head west, just off the grounds of the Wiz Chocobo Outpost, where you'll find a Treasure Spot containing an Iron Bangle. Just north of there (and slight west, north-west of the outpost itself) is a man standing around on a rock, admiring the view. Talk to him and Ignis will conceive a desire to visit the Disc of Cauthess. This starts the quest "Pilgrimage", which will be attended to near the end of this questing spree.

Friends of a Feather

Return to the Wiz Chocobo Outpost and finally speak to Wiz about the possibility of renting a Chocob, only to find out that monster activity has suspended their rental services. It seems a Behemoth by the name of Deadeye is the reason why it's unsafe to ride Chocobos, so it's up to your band of merry men to defeat it. Note that this will unlock Wiz as a tipster, so do your normal routine and pick the "Talk" option to unlock map intel for the surrounding area, check for any new meals and most importantly, look at the new Hunts. Sadly, none of the new meals will stoke Ignis' creative juices.

Make sure you pick up the hunt "A Behemoth Undertaking" , as this hunt and "Friends of a Feather" run parallel to each other for the rest of their duration... although you'll want to keep following "Friends of a Feather" , as you have to go about this hunt in a rather specific way. Can't miss any set-pieces, after all. Once you feel like you're ready to go, head north to the new marker on your screen, where you'll hear a loud growl and see some trees being toppled over. See? Set pieces.

Continue north-west a bit until you find a fork, at which point follow the new trail to the north-east, watch more trees get drunk and fall over, and note you're no longer in the "world map". You are, in fact, in a dungeon - let's colloquially call it "The Behemoth's Lair" - which means no saving until this affair is over with... not unless you leave, anyways.

Continue deeper into the Behemoth's Lair and grab some Voretooth Bristles off the ground. These things are worth 120 Gil each, and it's fair compensation for killing such beasties. The place is littered with them, by the way, and that should give you fair warning as to what you'll encounter ahead. If in any doubt about your ability to fight off a mess of such critters, whip up some Blizzara magic, as they're weak to cold. It's basically a way to create an "I win" attack for any encounter with Voretooths. Press on and you'll end up getting ambushed by some Voretooths... quite a few Voretooths. Blast them with magic, or deal with them the good old fashioned way.

After your encounter with the Voretooths you'll come across a split in the path. Go south to find first to reach a dead end with a loot spot (Crooked Helixhorn) waiting for you, then backtrack to the fork and continue north-east to reach another fork in the road. Explore south-east to find another dead-end with a loot spot (Behemoth Horn), then venture down the northern fork.

Not long after that you'll reach a wall with a small passage running through it. Only way to proceed is to crawl on through, but before you enter, Gladio will stop you and wisely take the lead. Good bodyguard! Slowly follow him and you'll catch your first glimpse of Deadeye, who is certainly one terrifying and ugly bastard. Keep following Gladiolus, endure a close call with Deadeye, then continue crawling until you emerge on the other side. This part of the Behemoth's Lair is rather foggy, but don't let that deter you: continue north-west, then east, north-east to reach some logs you have to duck under, then turn north-west, then north to find a fence you have to leap over.

Once over the fence continue forward until you catch sight of Deadeye, where the party will banter, ultimately formulating a simple plan: you'll have to track Deadeye back to his hideout, but you cannot be seen by him or lose the trail. If either of those things happen, you'll be thrown back to right before jumping down. If you happen to get too close, the red bar at the top of the screen will show up and you'll have an opportunity to hide behind something to get back into stealth. Although the thick mist doesn't help with things, it should be easy to keep the perfect distance away from him, which happens to be with his tail being visible and maybe a faint trace of his body. You can't go wrong moving from cover to cover while keeping Deadeye (barely) in sight.

When you reach the north-east corner of this area, Deadeye will jump onto some rocks and that'll be the end of the little tracking section. Stupid meandering behemoth. Anyways, before you squeeze through a cleft in the rocks turn south and explore the south-eastern corner of this open, foggy area to find a dead-end path which holds yet another loot spot (Strong Bone). Grab it, then head to the north-eastern end of the area and make use of Noctis' slender physique to slip through to the north.

After you shuffle through the crack you'll find your party waiting for you. How? What? Oh, never-mind. Continue north and you'll find a fire elemental deposit. If you don't have any fire spells handy, absorb some fire elemental energy, make some fire magic and equip it, as it will prove to be very useful in the upcoming battle. Carry on to the north-west and drop down a ledge to reach some ruins, then make your way west, drop down another ledge and round a corner to the north to finally square off against Deadeye.

One of the first things you will notice is that there are a bunch of red metal barrels around, and gamers should instinctively know what that means - they blow up! These can be used as weapons against Deadeye, as you can cast some fire magic at them when the Behemoth is nearby to deal some great damage (and also score 10 AP for fulfilling the strategy). In addition to being weak to fire, Deadeye is also weak to shields and greatswords, making Gladiolus one of the better characters in this battle. Despite his size, Deadeye is quick and very powerful, capable of dealing massive damage with his attacks. Still, that weakness to fire is nearly insurmountable for the Behemoth - two or three good barrel shots should take him out.

After finally finishing off Deadeye make your way north and ascend a small hill to the west to claim a loot spot (Broken Harmonica), then continue north to find a hole in wall Noctis can slide-kick through as a means of egress. Unfortunately those flimsy metal sheets formed an impassible barrier when approached from the other side, because... reasons. Anyways, return to Wiz for your reward (your dual reward, in fact!), which includes the conventional experience, Gil and items but most importantly the ability to rent Chocobos from the Rent-a-Bird machines you've seen littered around the game's world.

You now have the ability to rent them for up to seven days at a time (at a cost of 50 Gil per day). As you ride Chocobos they'll level up, giving them permanent bonuses to speed and stamina as well as special abilities... and honestly, it might be a nice change of pace from going on foot or taking the Regalia everywhere, especially if you're going to be going off-road any considerable distance.

Seek out Camilla (the character with the green Chocobo icon standing near the Chocobo pens) to customzie your Chocobos, if you wish. Granted as of right now your options are somewhat limited, but you can obtain seeds and fruit by completing certain quests and winning Chocobo races that will increase your customization options, including different colored feathers and medals (who doesn't want to cover their beloved Chocobo with swag?!). You can also buy various Greens from Camilla to feed to your Chocobo for temporary boosts. You'll feed your Chocobos when you camp, right after you feed yourselves - if you don't buy any special Greens you'll just feed them Gysahl Greens. 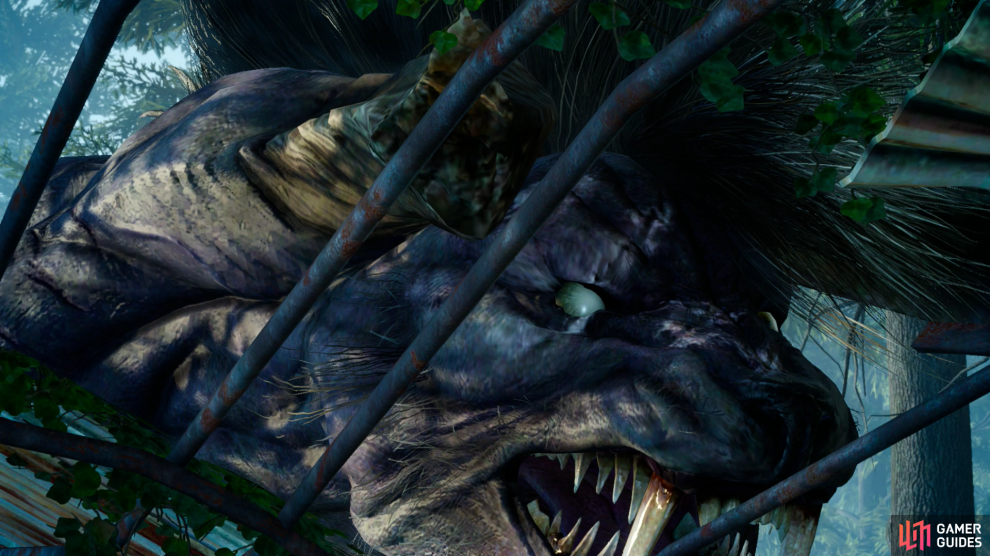