Near the exit to the Trench you’ll receive a phone call from Cor, who declares that the Norduscaen Blockade needs to go - at least, if you want access to Duscae and the Royal Tombs that lie therein. As a necessary first step, however, you need to return to the Prairie Outpost and talk to Monica again, who will tell you that they have found a back way into the base. Once you’ve checked in with her, head down the road to the south-west and make your way to the marker, where you’ll find Monica standing next to a crack in the rocks. How did she get here before you?! Oh well, talk to her and she’ll talk strategy before you’re prompted to confirm. Do so and Noctis will be on his own.

Squeeze through the crack you find Noctis in and you’ll meet up with Cor, who tersely mentions a pincer maneuver before walking over to a door. Follow him to, and through, the door, turn south to nab a Hi-Potion , then continue north to come in sight of some enemies. Warp Strike up to the ledge they’re on and dispose of the weaklings, then head south down some stairs to find another group of soldiers, including a Magitek Axeman. Make your way around a wall and go through a door to the west, beyond which you’ll find some Imperial Snipers on a walkway. Warp Strike up there and eliminate them, while Cor cleans up below.

Continue north around a corner, where you’ll find a loot spot ( Hi-Elixir ), after which you’ll need to continue north, then west up some stairs and through a door. More of the same awaits you beyond, namely Imperial Snipers up high and Magitek Axemen on the ground. Warp Strike the snipers and let Cor handle the Magitek, just like last time. Head through the next door to the west, grab the Muscle Stimulant to the south (increases Attack during battles) then turn north and follow the rest of the path to reunite with your friends. It’s too early to celebrate yet, however, as an Imperial officer named Loqi decides to try and end your journey here. 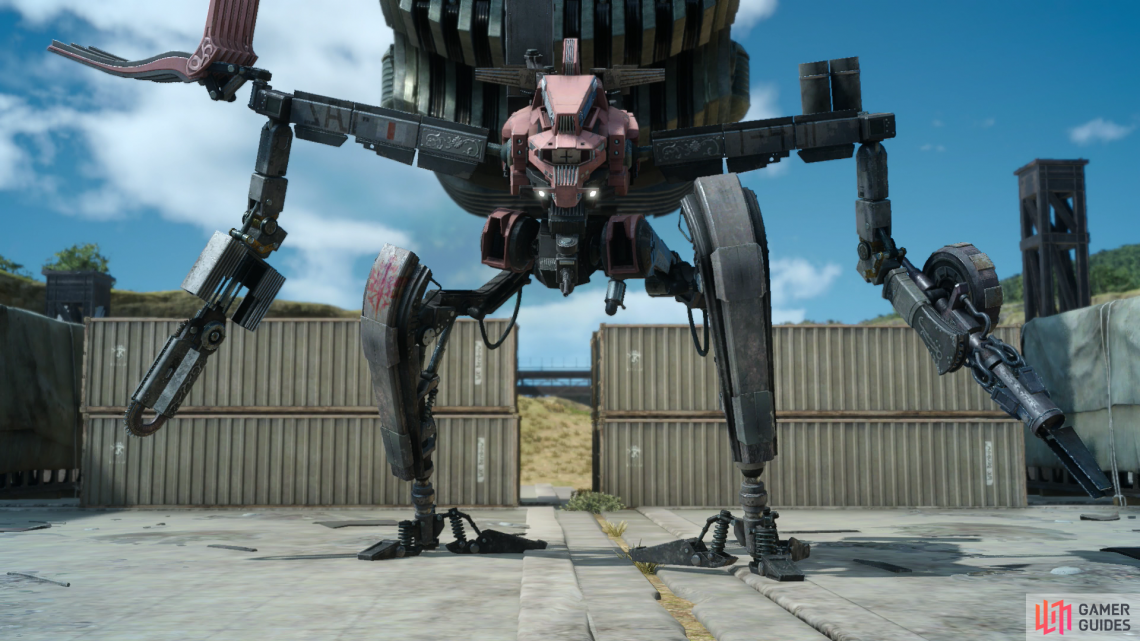 It’s time for some Metal Gear action - wait, this is Final Fantasy! Loqi dons a mech to try and stomp you and your party dead, and he also brought some lovely company to help him do that. Magitek Axemen and Snipers will join the fray and it might be a wise idea to start the battle by taking care of them before you focus your attention on Loqi and his mech. The Axemen will be right in front of you, but the Snipers will be on top of shipping containers, so you’ll need to use Warp Strikes to get to them.

As far as Loqi is concerned, his mech has a few ranged attacks, as well as some devastating melee ones. He will likely begin the battle by firing a volley of missiles at you, either straight ahead or into the air. If it’s the latter, be mindful of the targeting lasers, which will help you dodge them. He also has a machine gun attack, but the spread is pretty big, so it’s likely that you might not even get hit with this one.

Up close, Loqi’s mech can deal some big damage to you and your fellow teammates, although Cor has a very high health pool, so he’ll probably be ok. First, be careful of the mech’s legs, as they can stomp you to deal some big damage. The mech’s right arm can transform into a chainsaw, where Loqi will swing back and forth to try and slice you in two. One of the more devastating attacks will happen when the mech is holding up a shield, as after a few seconds, Loqi will make that arm hit the ground and send electricity through the ground around its body; this attack will likely send your HP plummeting to zero.

The best course of action for this boss is to make hit and run attacks. Using a greatsword against its legs can be an ideal tactic, as a continued assault can cripple the mechanical monstrosity for a few moments. Repeated Warp Strikes against the missile launcher and shield could also incapacitate those, leaving the boss with very few attacks left in its arsenal. Although he can do a lot of damage, the boss should go down relatively quickly with five characters wailing on him. One last thing is to stand away from the body, as the mech will explode once you defeat the boss.

Note: You’ll receive another piece of Machinery for defeating this boss, the Circular Saw .

After the battle is over, Cor will once again take his leave, and the party will move on to Duscae, while the Empire continues to conspire. 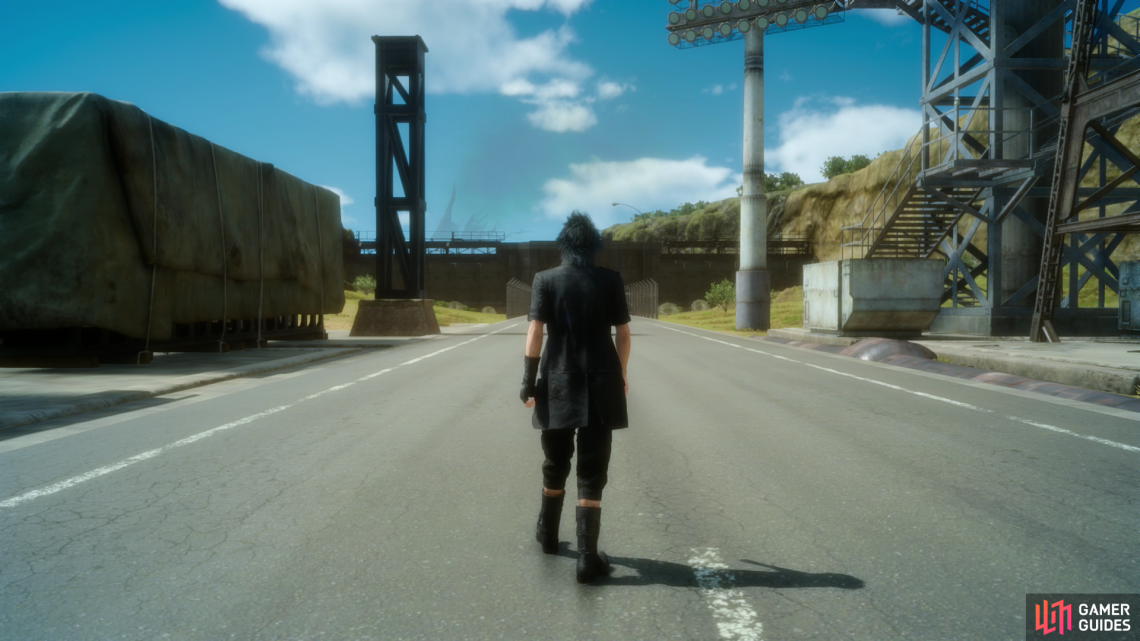