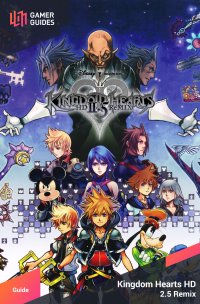 Kingdom Hearts II begins where Kingdom Hearts: Chain of Memories and Kingdom Hearts 358/2 Days leave off. Sora and his companions have been asleep for about a year, regaining their memories. When Sora awakens, he eventually arrives in Twilight Town, the place where a mysterious boy, Roxas, lived before he suddenly left. Gaining new clothes and powers, Sora began his journey anew, unaware of the events that have taken place in Chain of Memories. Sora continues his quest by unlocking paths to new worlds, learning of Nobodies and fighting the Heartless, as well as facing the remaining members of the mysterious Organization XIII. As the game progresses, Sora learns about Roxas and how much they have in common.

Birth By Sleep is the origins of the series' hero and villain, Sora and Xehanort, and delves deep into the mysteries of Xehanort's bleak past and forgotten memories as well as how Sora and Riku came to wield the Keyblade in the first place. It deals with three Keyblade Wielders: Terra, Aqua and Ventus and each character has their own scenario.

Kingdom Hearts II and Birth by Sleep will take you to many places and we have them all covered here. Inside you will find: