This page is a walkthrough for the assignment, Omega: Packages for Ish. It’ll navigate you through the necessary steps to successfully finding the Datapasds.

You’ll find a Salarian named Ish on Omega standing outside of the entrance to the Afterlife nightclub. He appears sometime after the Horizon campaign mission during the second recruitment phase of the game. Speak with him and he’ll ask you to pick up some items for him.

There are two datapads that he wishes for you to recover and they can be found in the following locations:

Once you have them both, return to Omega. You can hand them into Aria’s henchman Anto for Paragon points or to Ish himself for some Renegade points. Either way you choose to go about it, handing them in will complete the mission. 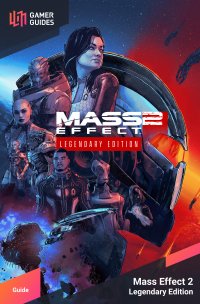 The guide for Mass Effect 2 Legendary Edition features all there is to see and do including a walkthrough containing coverage of all the main campaign Missions, Assignments, as well as a detailed breakdown of all the important choices, class builds and much more!