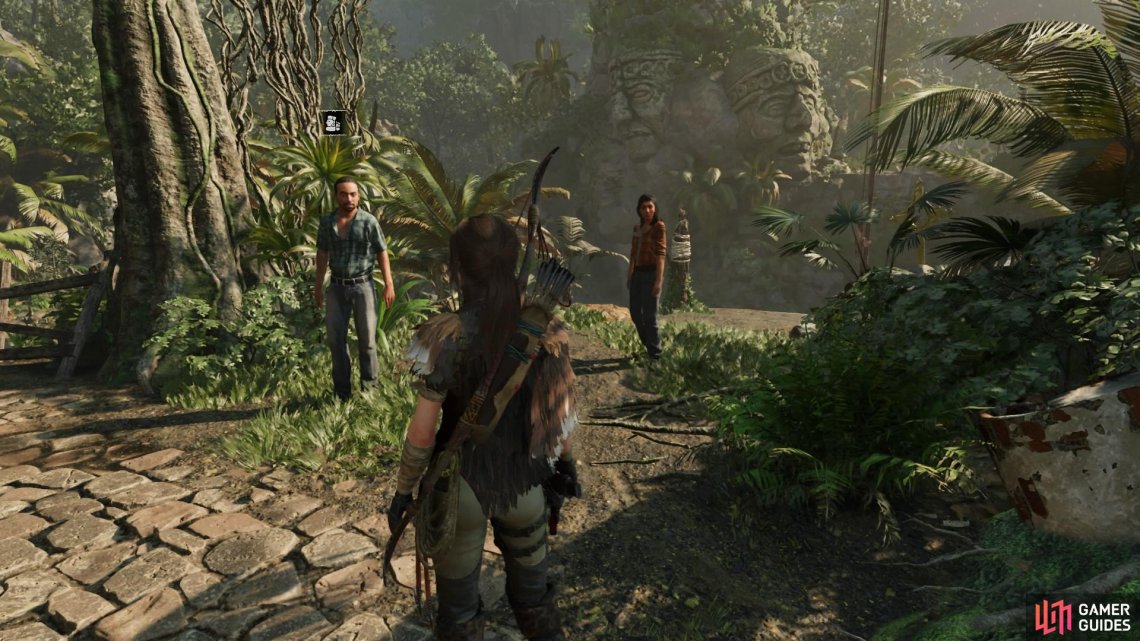 When you arrive at Mission of San Juan your objective is to speak to Abby’s friend, Sara. A side mission becomes available right away, given by the man standing beside Sara, named Guillermo. Speak to him to begin the quest and start the first objective, which is to head to the back of the cemetery to speak to an old woman.

Next, speak to the children to learn about a hidden treasure. Then find the well on the right side of the cemetery and dig up the treasure from behind it - return it to the children.

Note: Next to the closed gate behind the tombstone, in the trees on the right, you can pick up an Archivist Map. There is also Relic – Slave Collar in front of a tombstone.

Speak to the old woman again to help her stand the tombstone upright, then inspect it for a clue. Crosses just like the one on the tombstone are scattered throughout the village and will lead you to your next objective if you follow them. You can use Survival Instincts to highlight them in green. 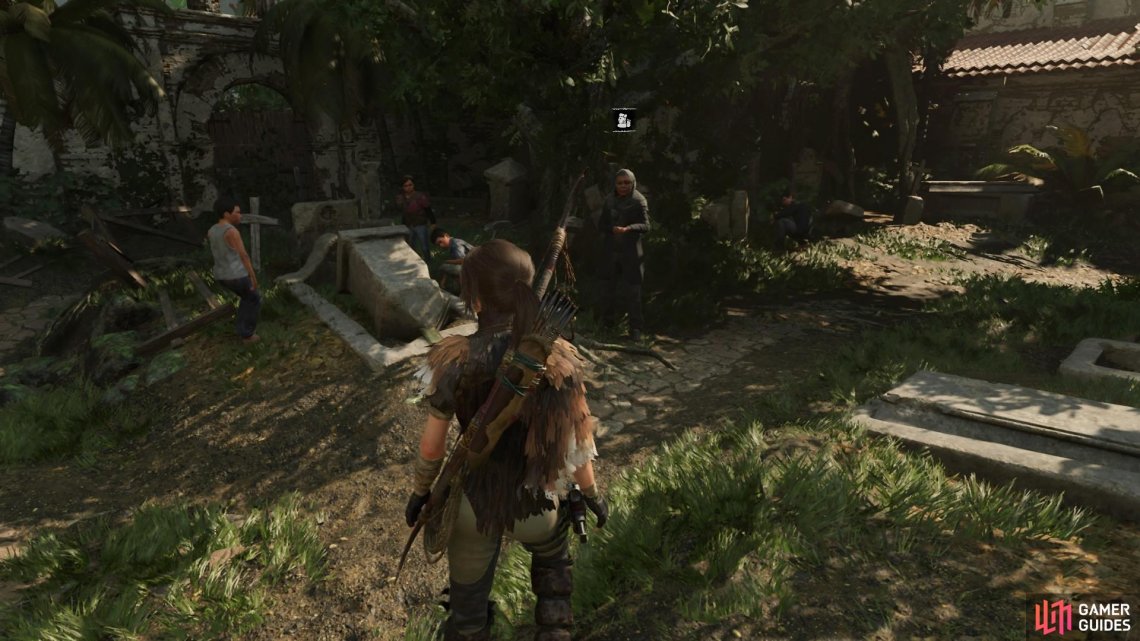 (1 of 3) Speak to the old woman and the children

Follow the crosses through the village, all the way out the front gate, and across the bridge on the left. When you reach the end of the bridge, the path splits – head along the right path and you’ll see another cross in the far distance.

Note: Before you jump over the gap, look to the left to find Relic – Faded Writing sitting on a tombstone.

Hop over the gap and head to the cross at the far end – be careful of the wolf den along the way because they’ll run out after you. Interact with the cross to open a wall ahead and make your way inside. Immediately to your left is Document – The Chosen One. 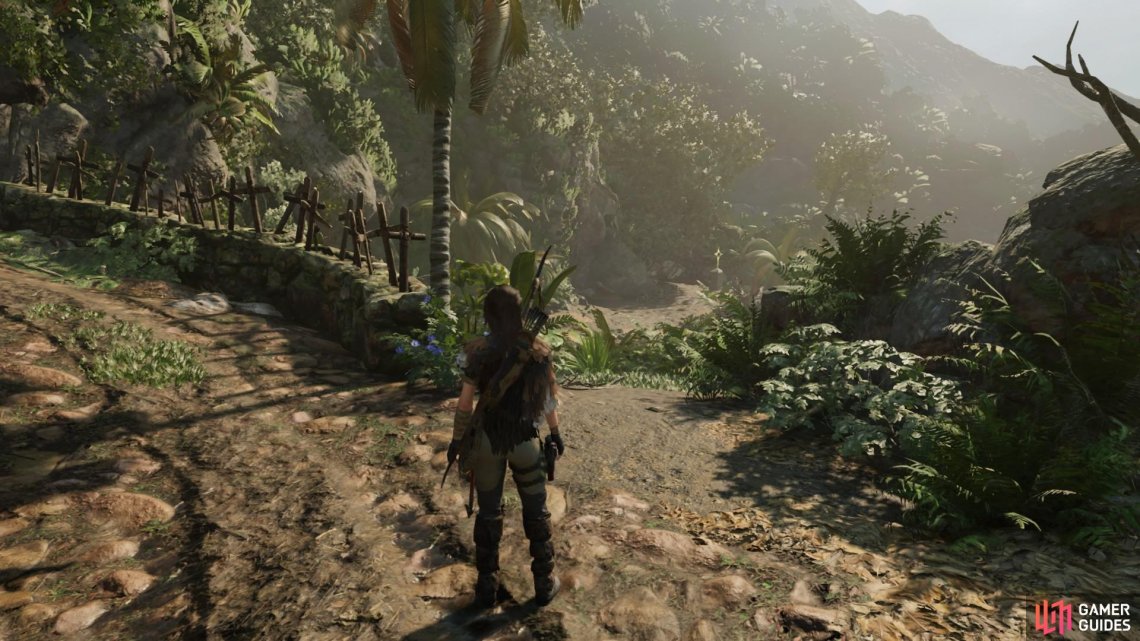 Jump to the craggy wall and rappel down into the crypt, then duck through the tunnel and run forward to see another craggy surface. Attach to it and scale down, then rappel as far down as you can before dropping into the water below. Speak to Isabela and loot the sarcophagus for VESTIGE: KANTU’S GILDED VEST.

To exit the crypt you must find another way out. 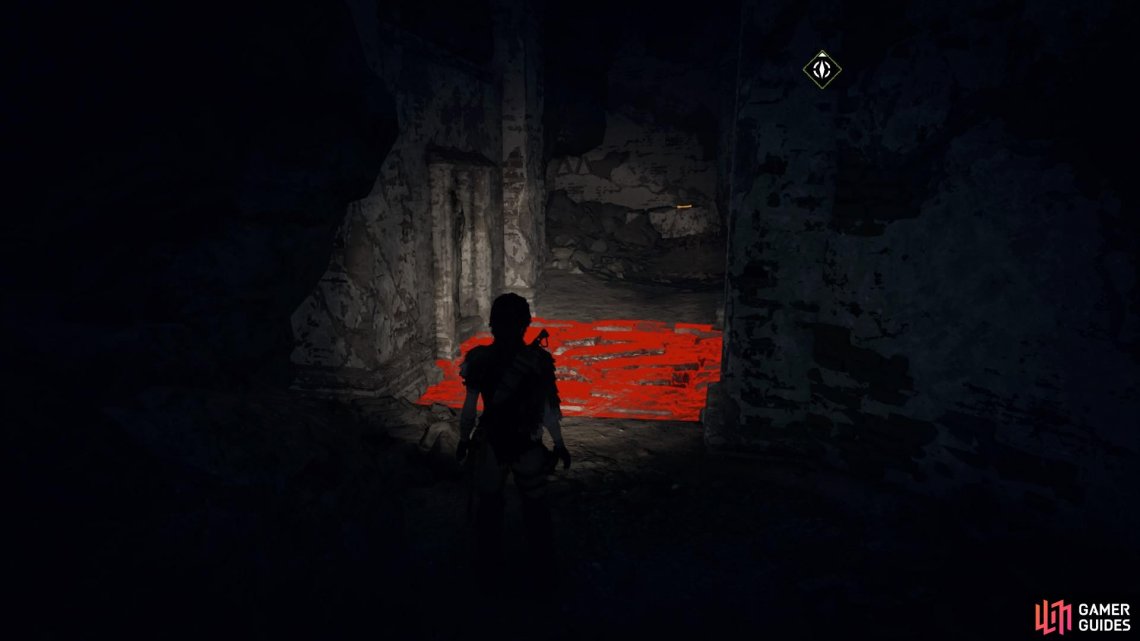 Now you can speak to Manu, a blind man sitting behind the Merchant and talking to a group of children. He wants you to find the entrance to a tomb in the southeast.

This opens up the Challenge Tomb, Thirsty Gods. Once you have completed the tomb and collected your prize, return to Manu to finish the side mission.