During this section of the game you play as young Lara. As soon as you begin you will automatically obtain Document – Hand Drawn Map.

There’s a single challenge in this section, so pick up any of the black balls around the area and throw them at the bullseye targets to complete it. There are three targets next to you from your starting point, and the fourth hangs from the tree at the bottom of the garden behind you. 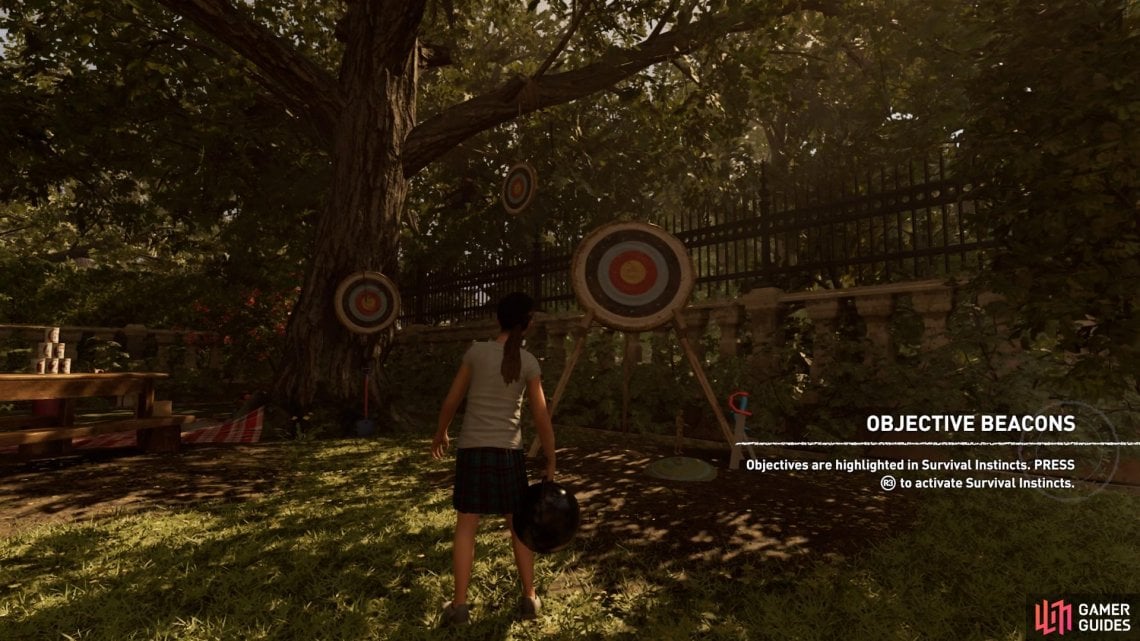 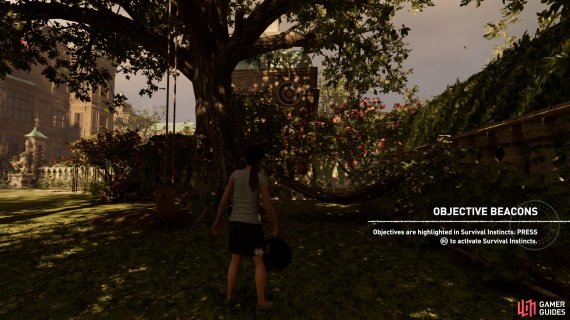 Hit the targets with the ball (left), The fourth target is behind the tree (right)

Head up to the crow’s nest in the pirate ship – there’s a relic here, but you need to throw two black balls into the nest to weigh it down. Do this and pick up Relic – Family Photo. 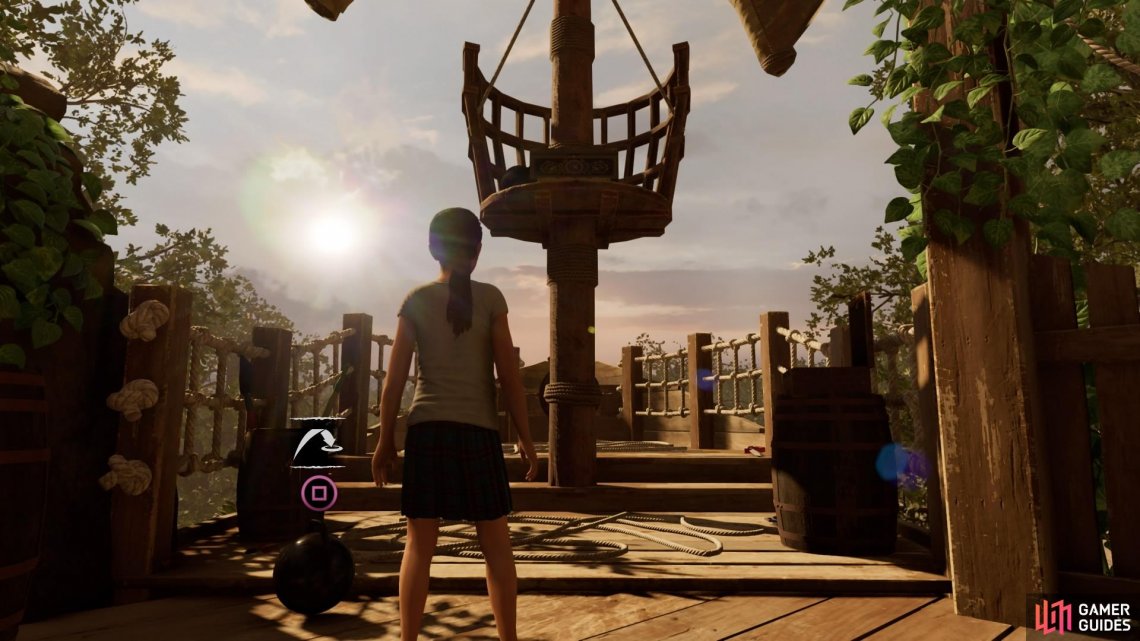 There are other things to find, too. At the base of the tree where the fourth bullseye target hangs is Relic – White Queen. 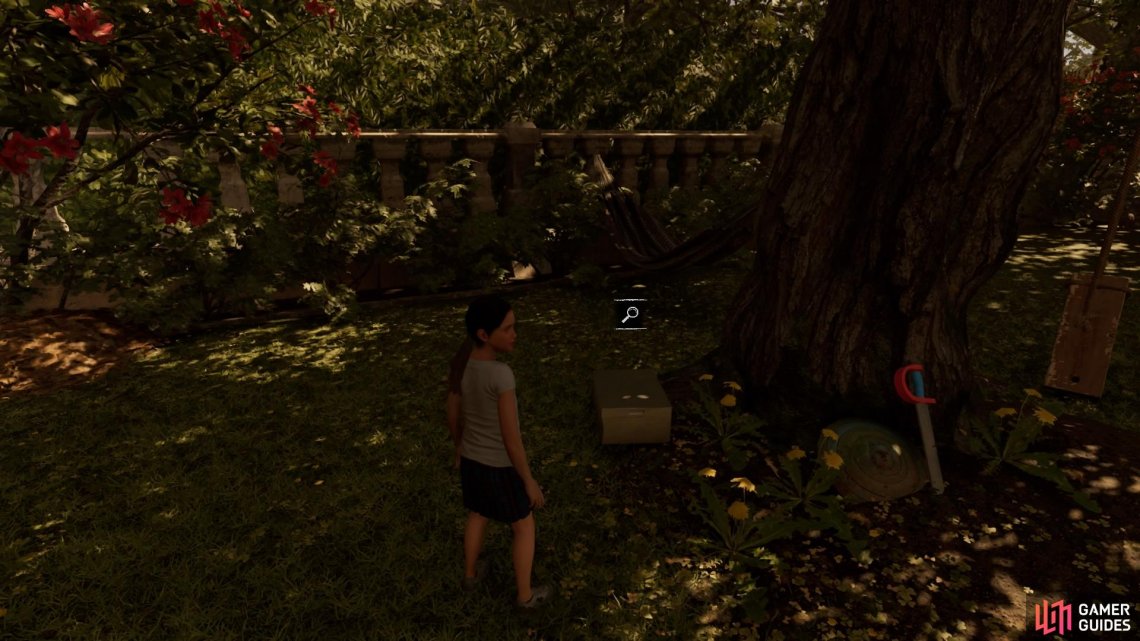 On the right side of the ramp leading up to the pirate ship you can find Document – Letter to Winston inside the hollowed-out tree. 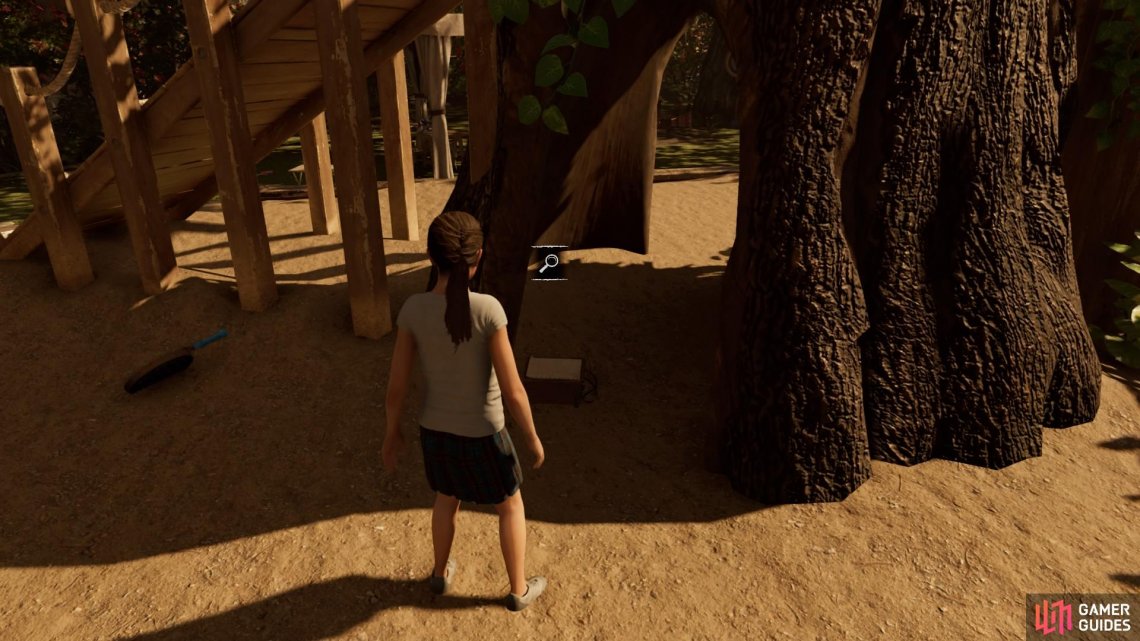 Following the objective beacon towards the trellis, you’ll see a toy red wagon – next to it is the Document – Letter From Winston. Pick it up, then climb the trellis to begin the ascent up the manor. 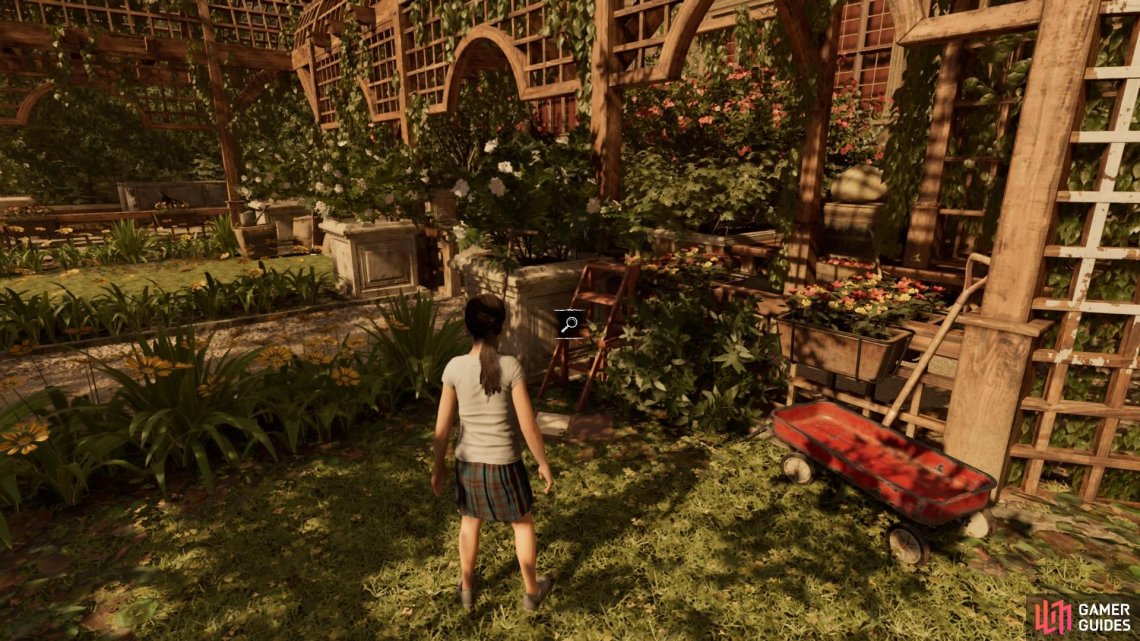 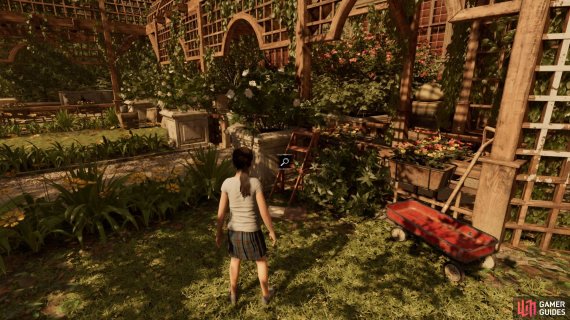 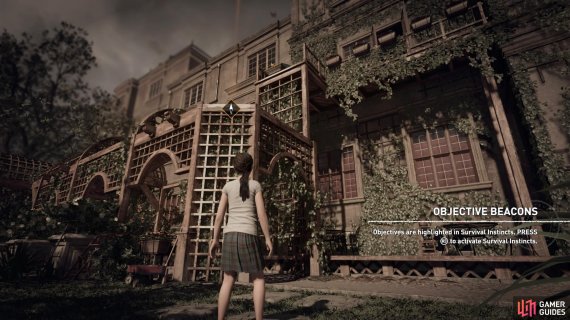 Simply follow the linear path – there’s no way you can stray from it – until Lara slides down the glass roof and lands in the doorway below.

Now head into the room with the door ajar on the left. 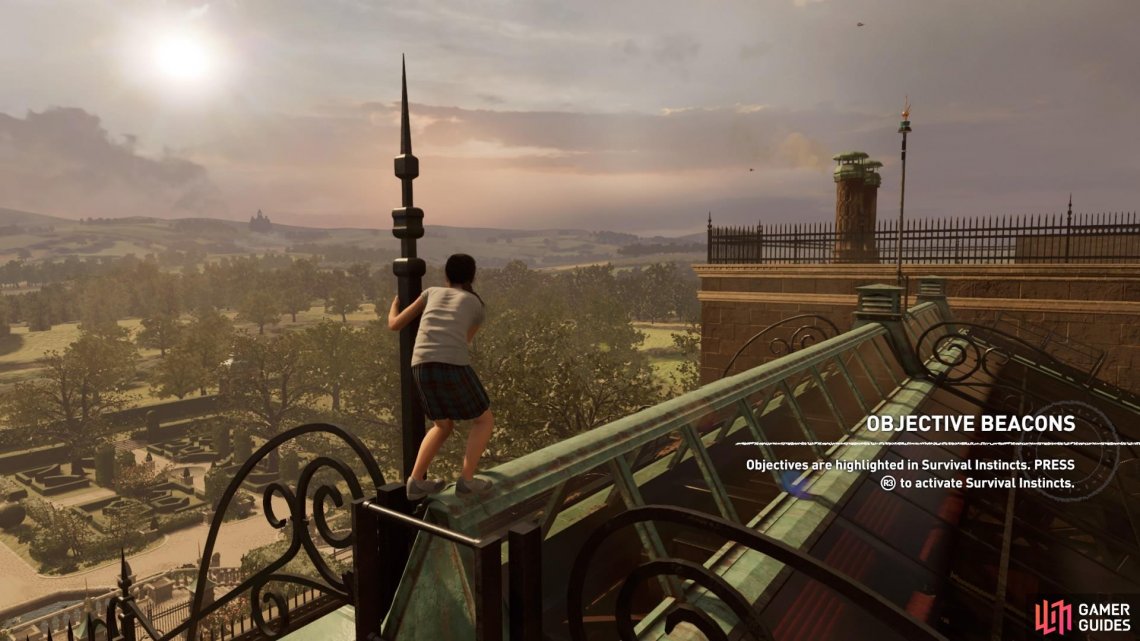 (1 of 2) Balance across the glass roof 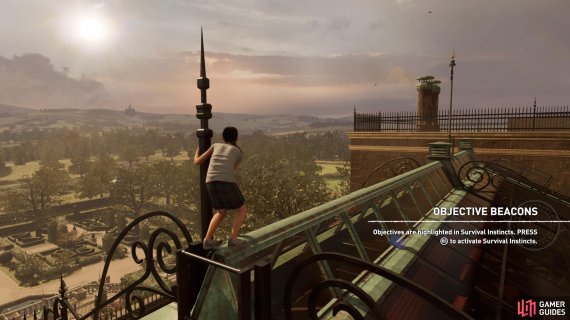 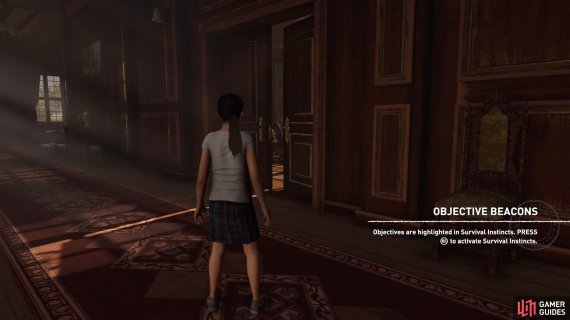 Balance across the glass roof (left), Enter the library (right) 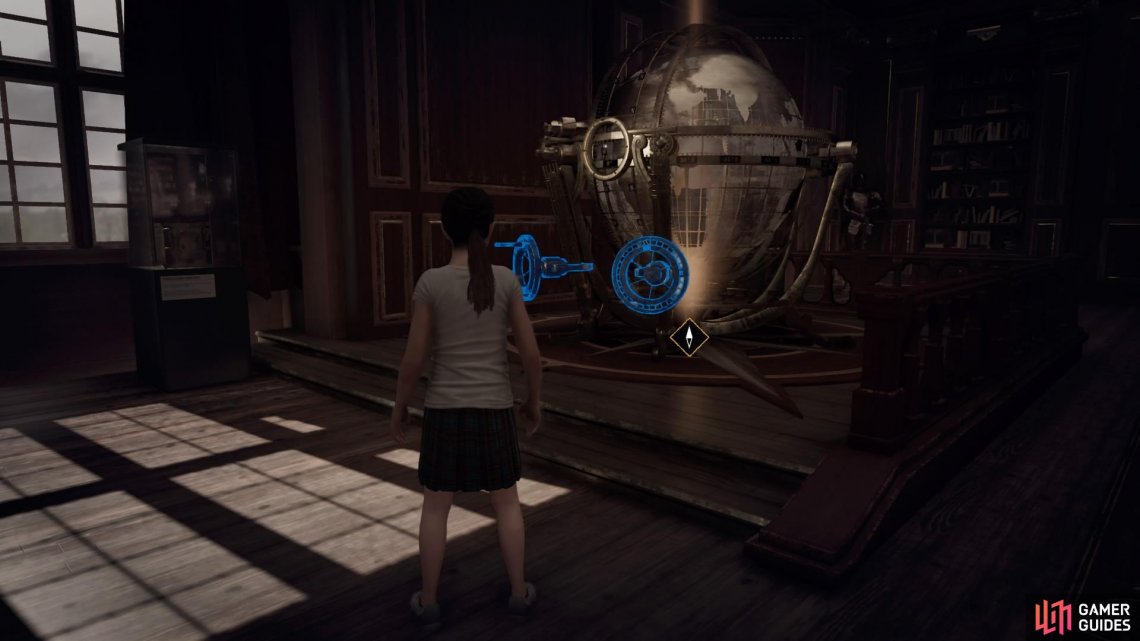 This reveals a ladder to the upper level. Climb the ladder and look left to find Document – Letter to Contractor on a small table, then continue right until you reach the wheel crank on the other side of the room. (1 of 2) Document - Letter to Contractor 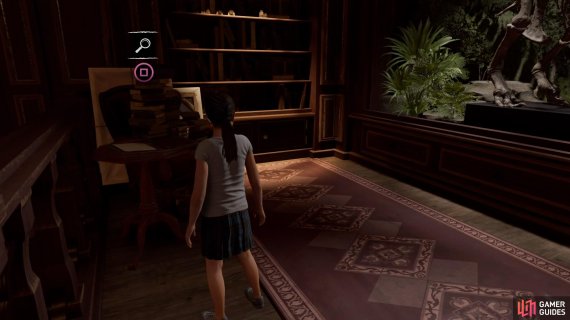 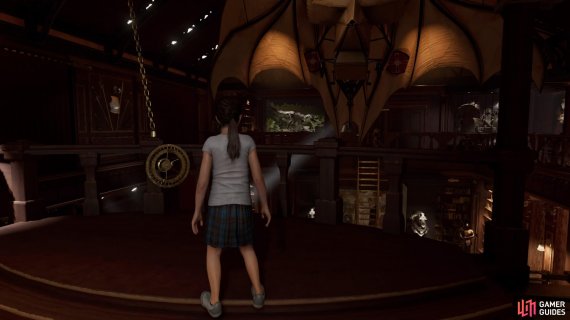 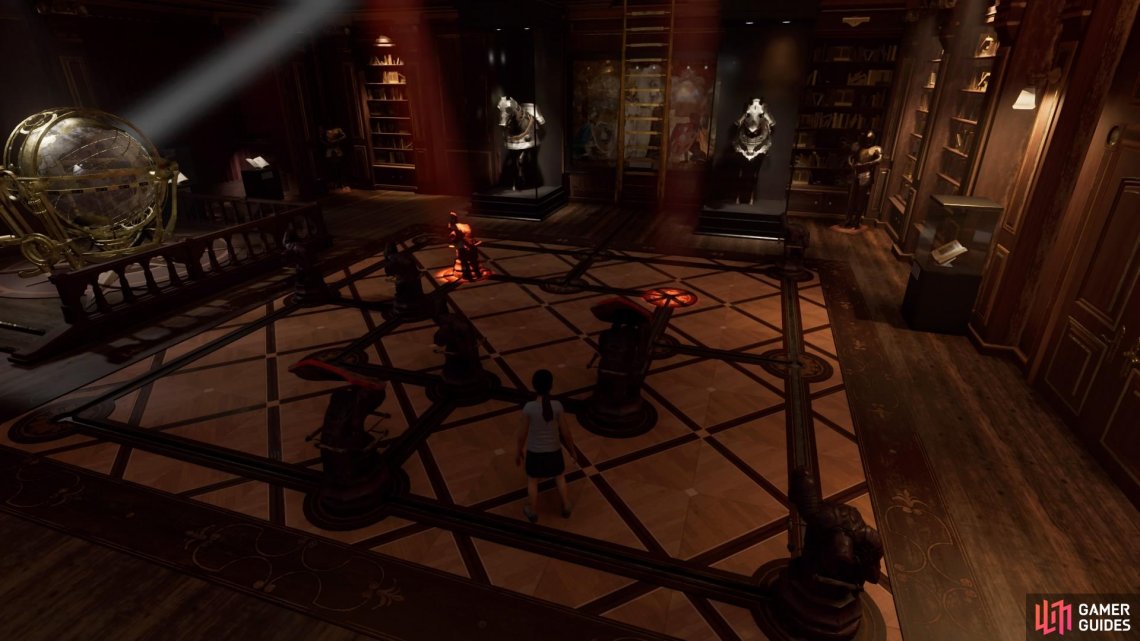 Return to the lower level to see the red lights focused on two specific spots in the floor puzzle. The idea is to move the two shielded guards to reflect the lights – the other pieces can be moved anywhere.

When you’ve got the guards into place, the White Queen will be revealed. Go back to the globe and turn one of the cranks to make the ladder disappear. Go back to the Queen and move her between the two shielded guards. 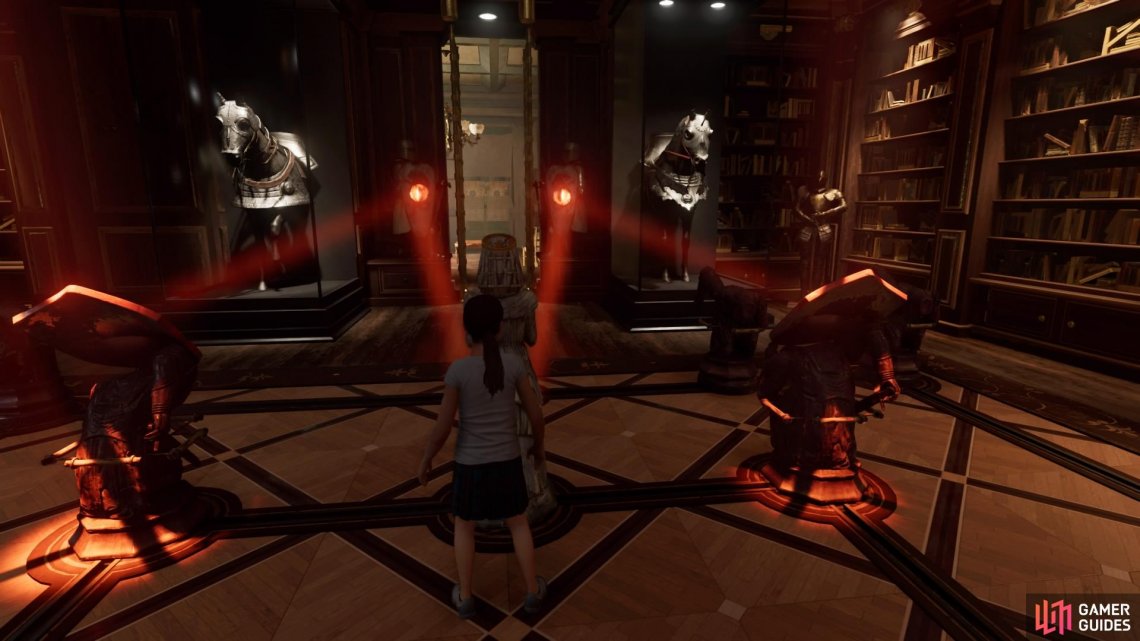 Now enter the room to finish the flashback.