From the Plane Fuselage Base Camp, go left of the plane to perform a high dive off the cliff and into the river below. As soon as you come up for air, swim to the cave opposite to pick up an Explorer Backpack and salvage hide from a dead boar. 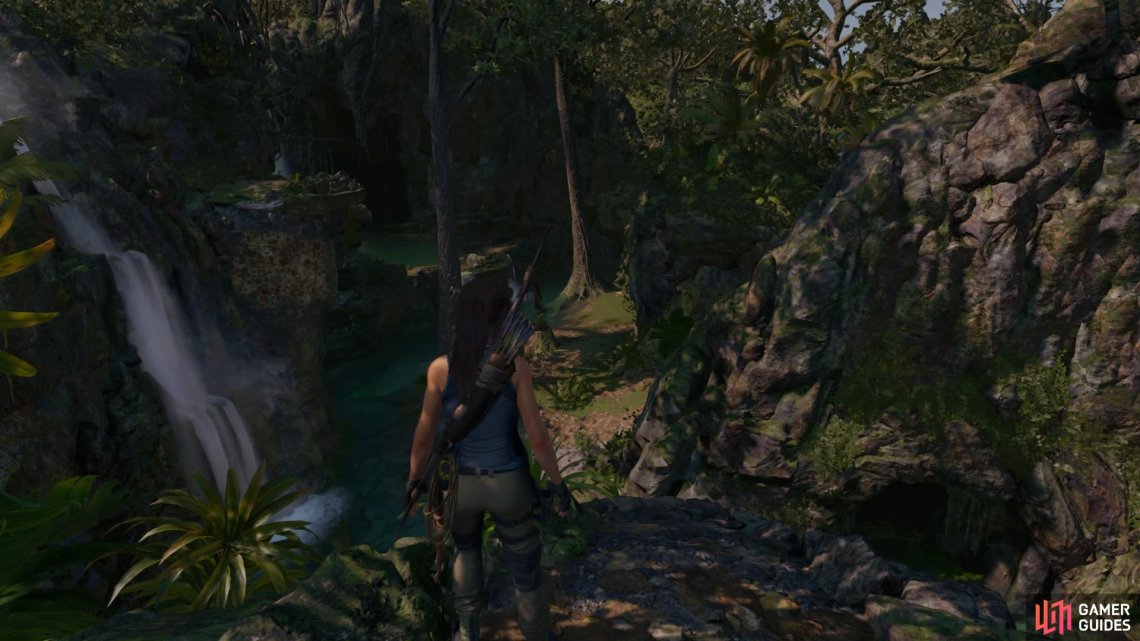 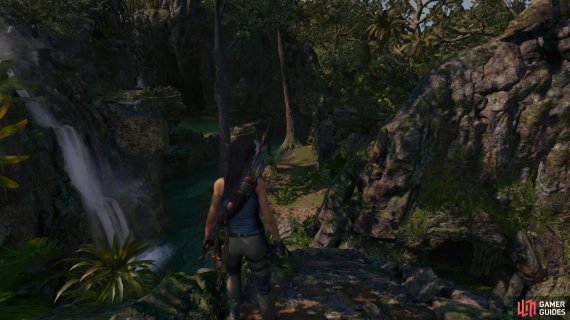 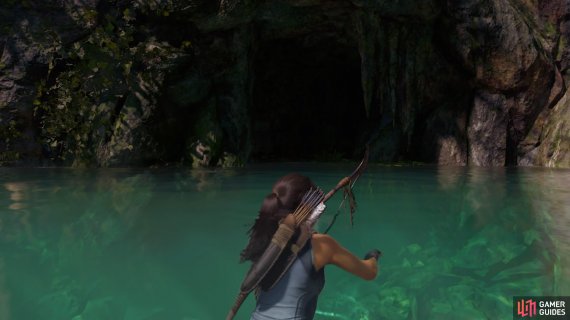 Dive from the crash site (left), Explore the small cave below (right)

Now swim to the tree closest to you and climb it to jump to the craggy wall opposite. Traverse left, climb up, and use the branch ahead to swing to a slope that will land Lara at the entrance to the crypt. Break through the wall with an axe and head inside. 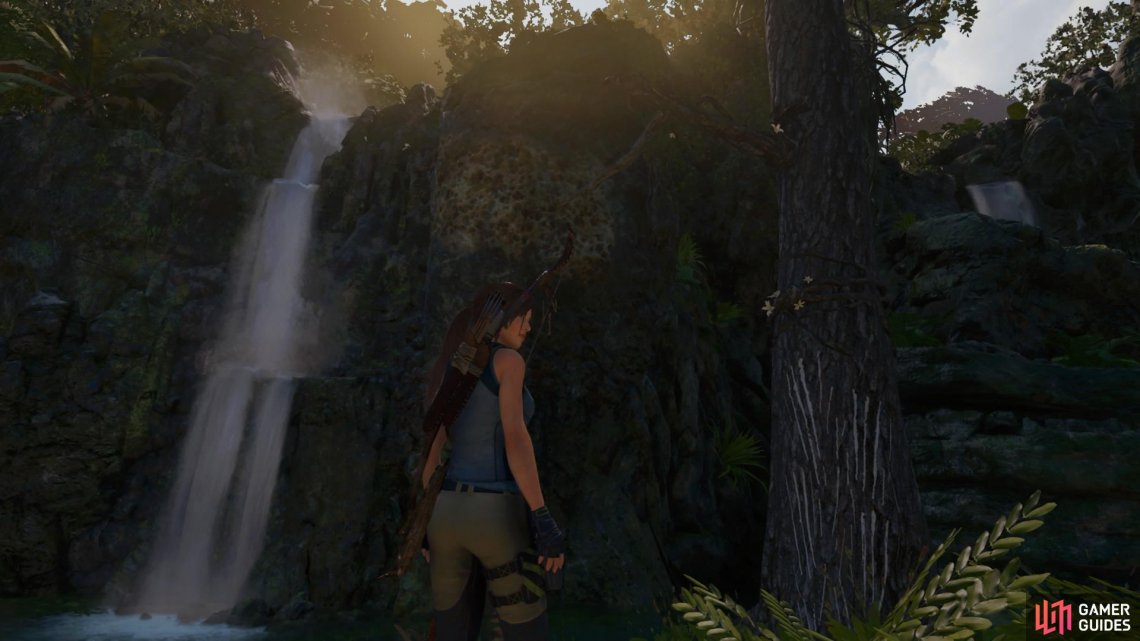 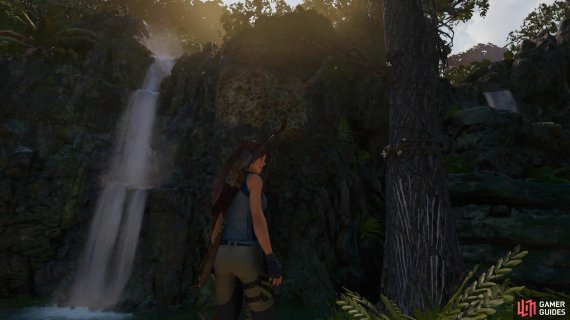 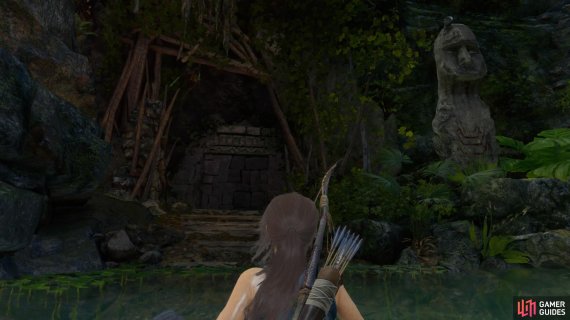 Take a few steps and you’ll find Relic - Grave Marker lying on the floor next to a statue, then continue to the first room. Examine the mural on the right wall, and then proceed to rope-pull the barricade down. Head left, avoid the trap, and head into the next room.

At the back is Relic - Elongated Skull, so grab that before turning around to crawl through a tunnel on your left.

You’ll come to a switch - push it to open the gate on your right, making Lara mention that it’s the way out. 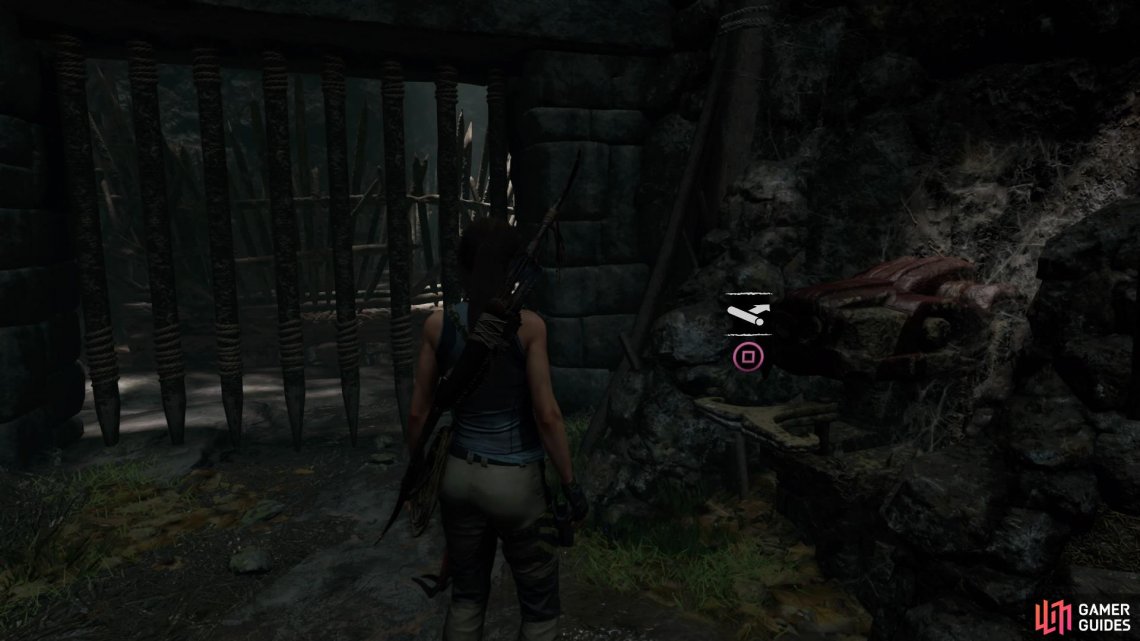 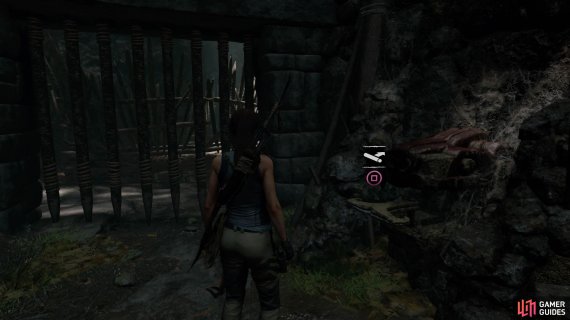 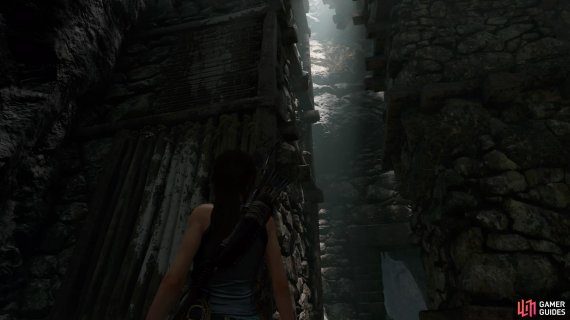 Push the switch to open the gate (left), Climb the pillars (right)

Instead, head left to push a second switch, which will open the gate and cause the pillar holding the sarcophagus to raise. In order to get access to it, you’ll have to climb. 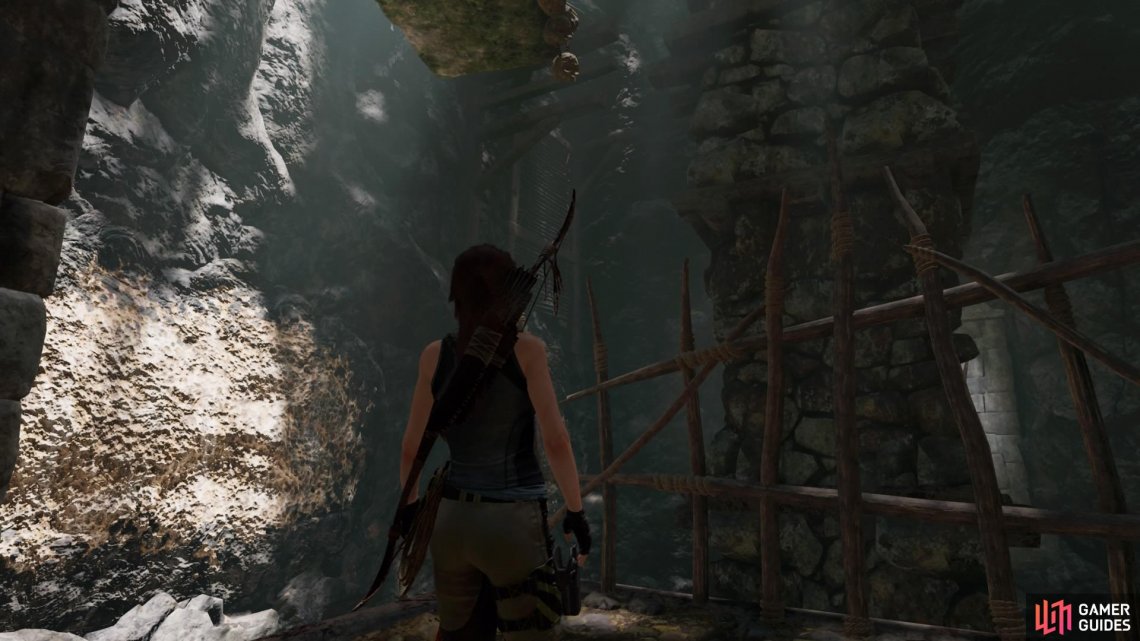 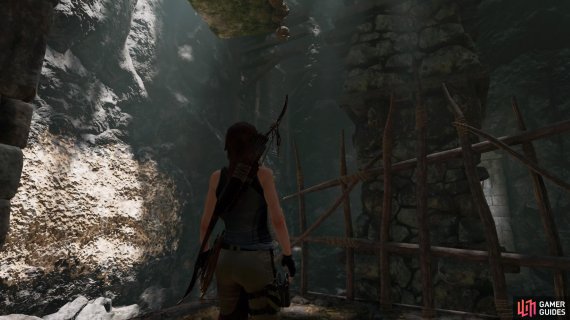 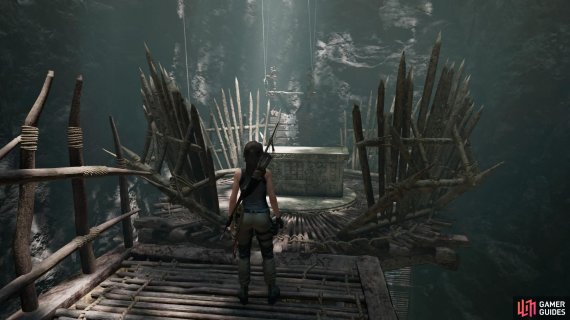 Climb the craggy walls (left), Take the treasure from the sarcophagus (right)

Grab the treasure from inside, but before you leave, turn around to break through the wall behind you and pick up Document - A King’s Ransom. 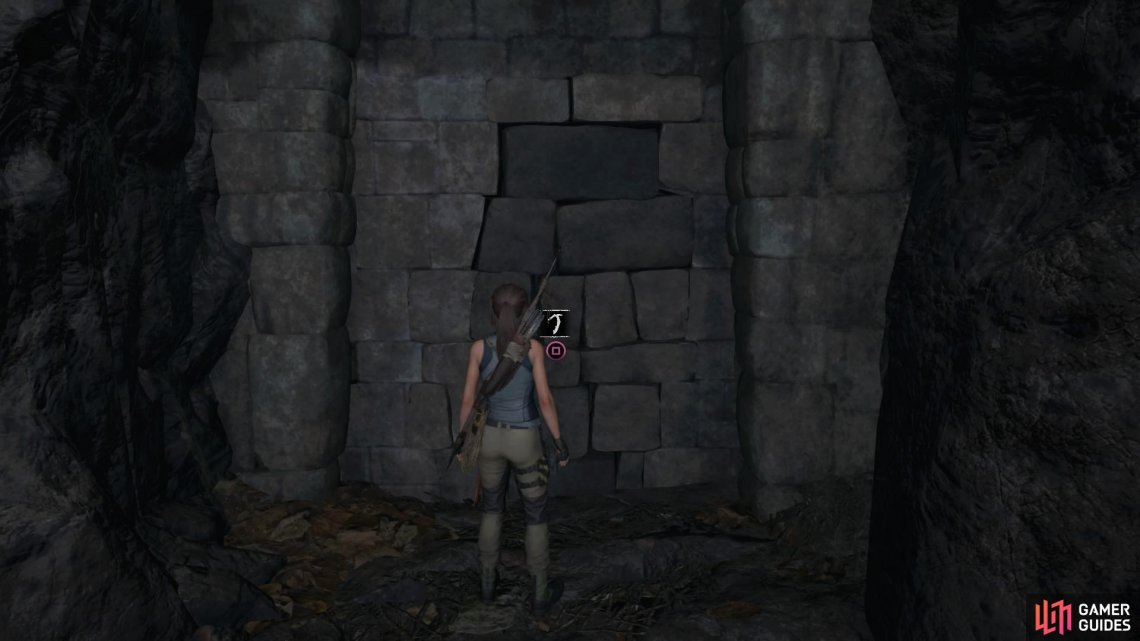 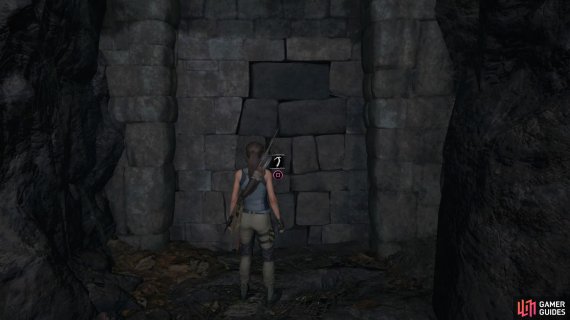 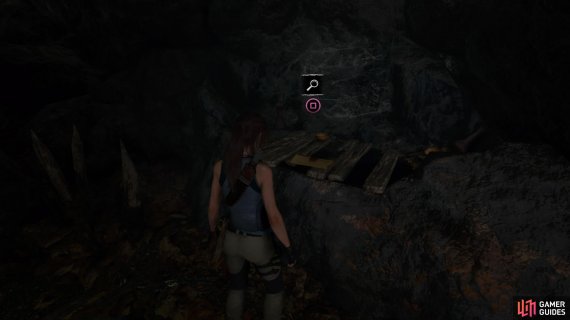 Break through the wall (left), Pick up the Document (right)

Now return to the sarcophagus to ride the counterweight back down to the ground and exit the crypt.