SKILL OF THE PLAYER – DICE WITH THE DEAD¶ 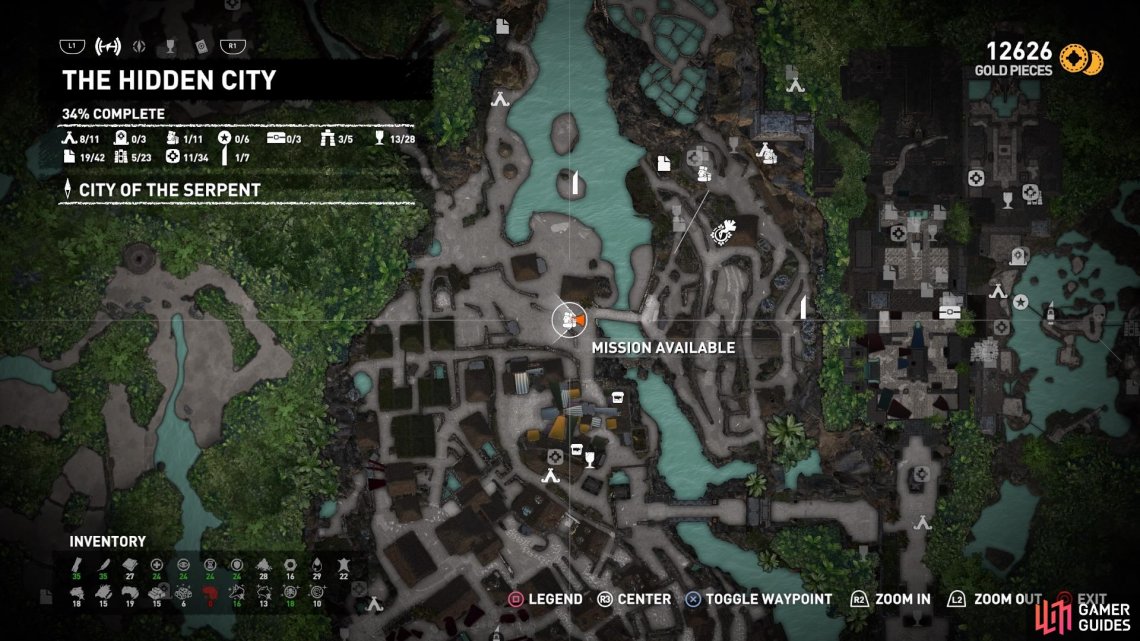 (1 of 2) Side mission location 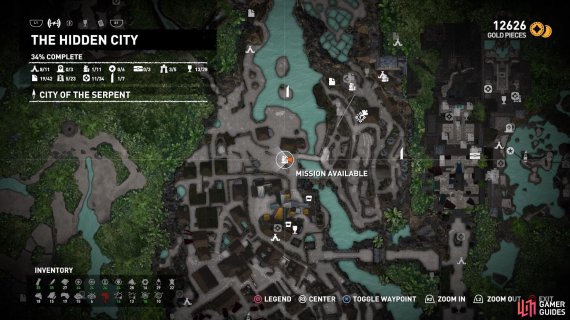 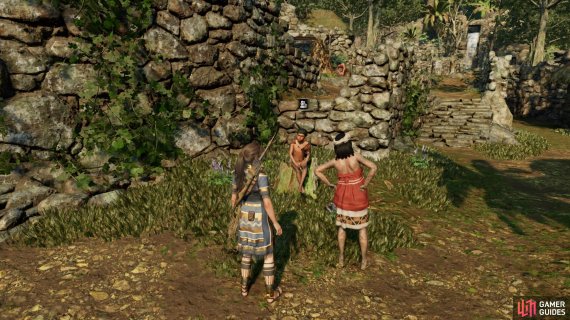 In the Market District, at the end of the lower bridge, sits a young boy on a tree stump. Speak to him to learn that he has lost his dice to a man known as Pisco the Dead. Find the man to retrieve the dice for Takiy.

Follow the green waypoint marker on the map to find Pisco. He’s located in a building behind a monolith surrounded by a congregation of villagers. When you speak to him, he’ll ask you to speak with five outcast villagers in return for the boy’s dice.

Note: Pisco the Dead will not speak to you if you are wearing the Serpent Guard outfit. Change into the Blue Heron Tunic in order to complete this mission.

SKILL OF THE PLAYER – CAST OUT¶ 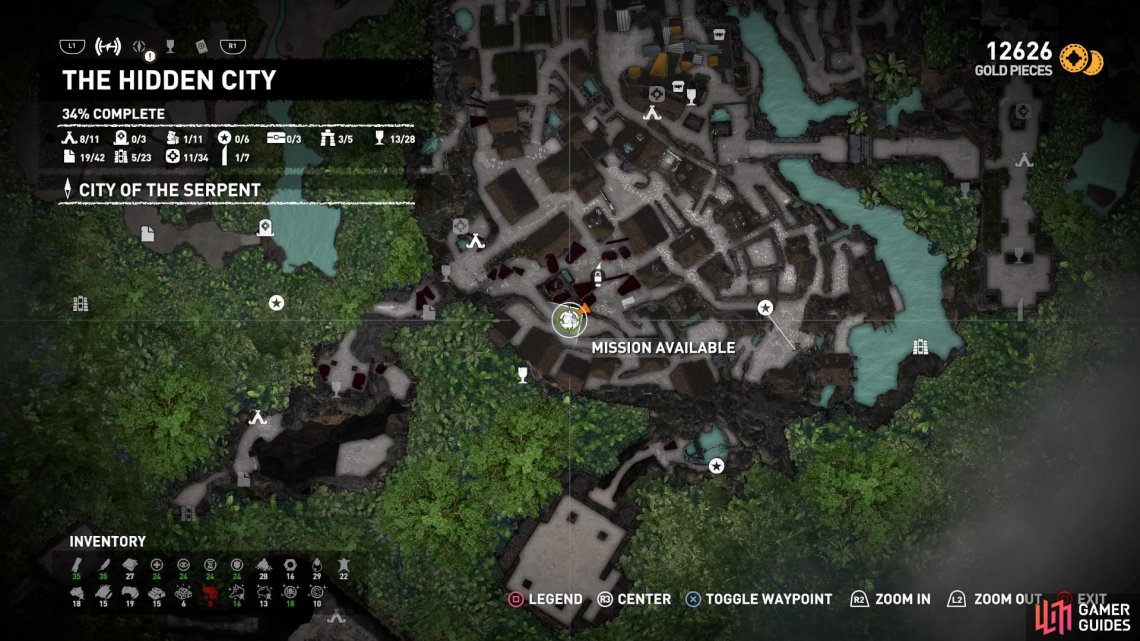 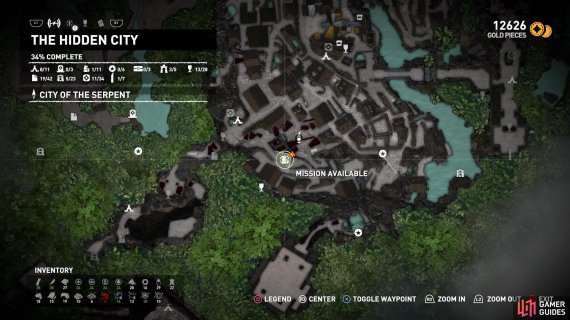 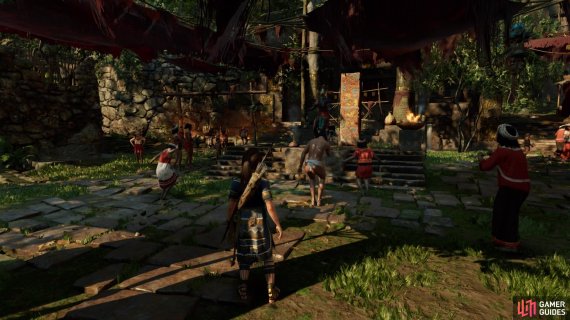 Pisco’s location (left), Find him in the building behind the monolith on the left (right)

View the map to see that four of the five outcasts have been marked with green circles. Only when you have spoken to the first four do you uncover the fifth. 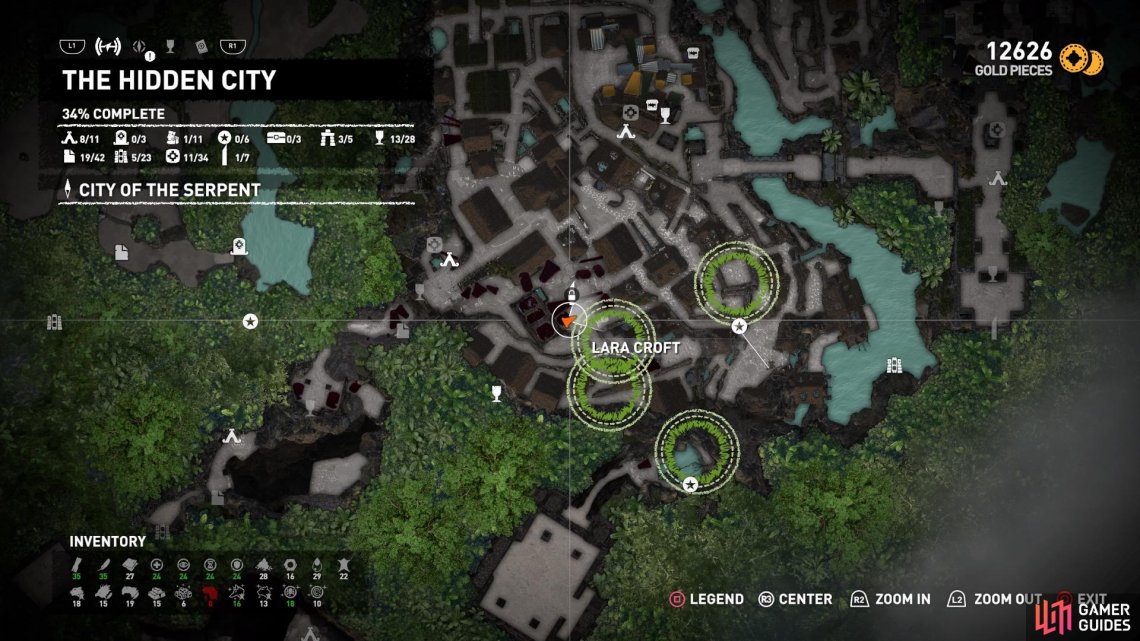 Now you can return to Pisco for the dice, and return the dice to Takiy to complete the side mission.

Note: Now that you can purchase the Lockpick from the special Merchant, you can loot the Treasure Chests throughout the regions. You can unlock the first chest in the same room as Pisco.