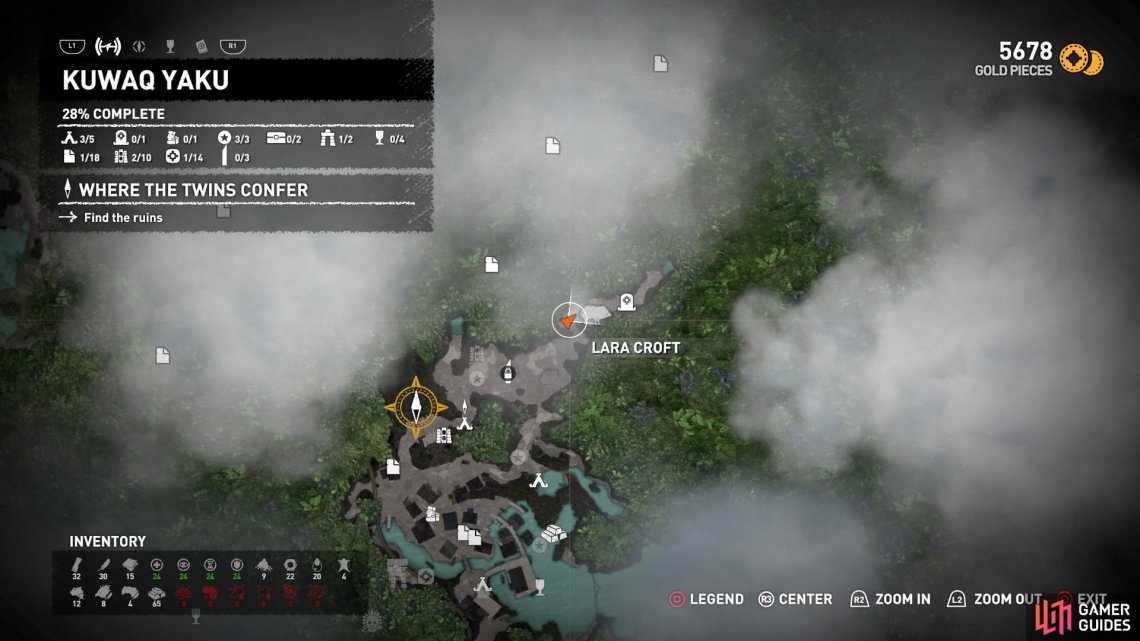 In the northeast jungle of Kuwaq Yaku is where you will find the only challenge tomb of this region, marked by the usual yellow painted skulls at the very back of the area.

Head inside where you’ll see a barricade (this can’t be accessed yet) and a path that veers off to the left. Before you head for the broken walkway, stop to pick up the Explorer Backpack just to your left. 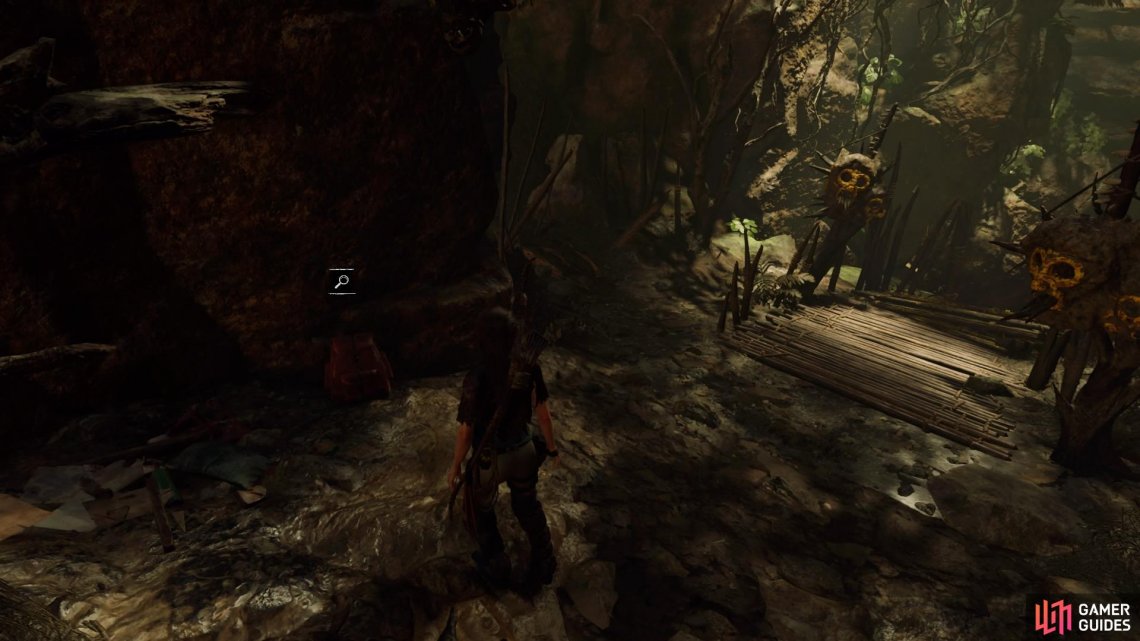 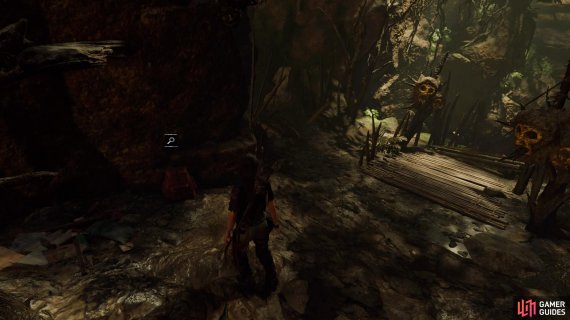 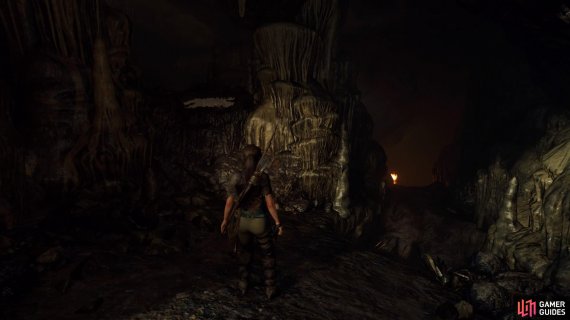 Head forward but take the ledge on the left to avoid falling into a pit of spears. You’ll come to a slope – slide down it and jump to the craggy wall at the end. Rappel down and swing to the platform, then jump to the wall opposite and shimmy to the next craggy wall. Rappel down to the ground below and crawl through the tunnel ahead. 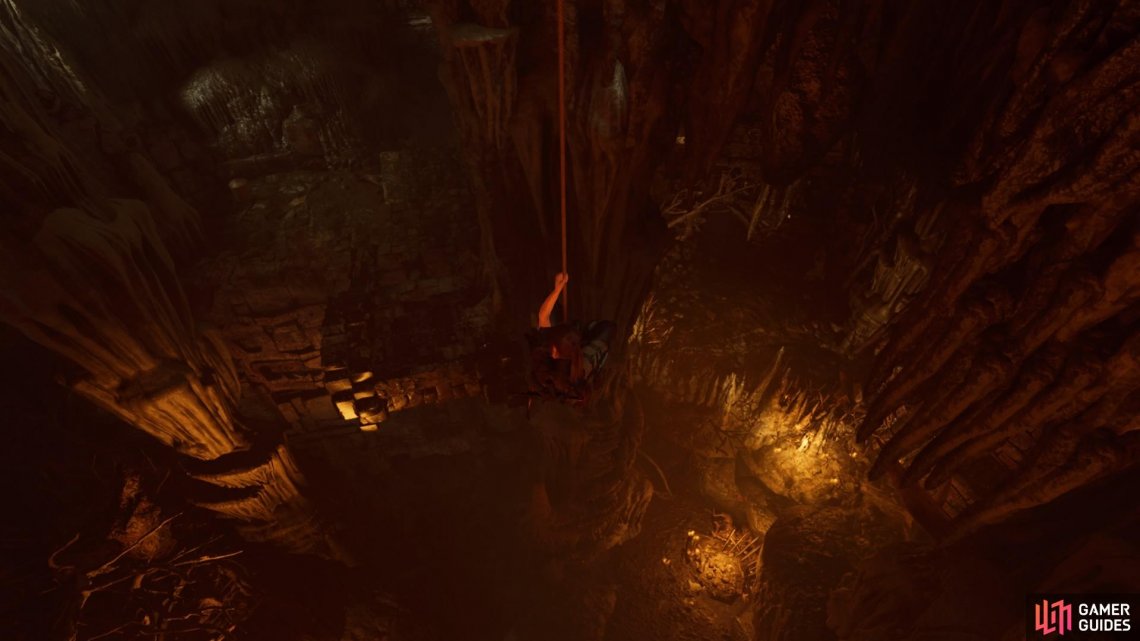 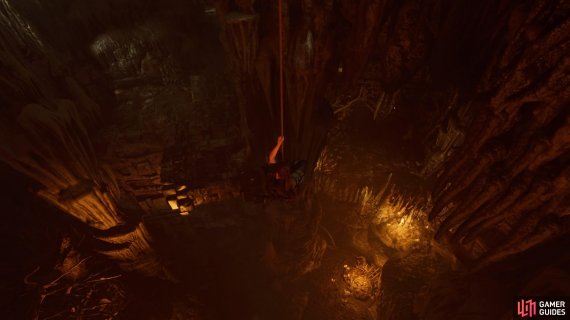 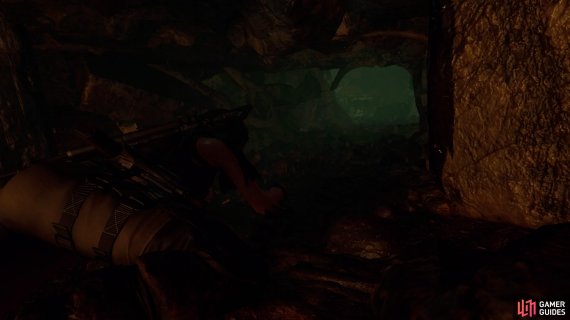 Rappel from craggy walls (left), Crawl through the tunnel to the wolf pit (right)

There’s no use jumping to the ledge opposite as it will crumble, and you’ll fall into the pit anyway. Instead, simply jump down and equip your weapon of choice - we recommend something fast with high damage (such as the rifle). Take out the four wolves, salvage their hides, and move on. 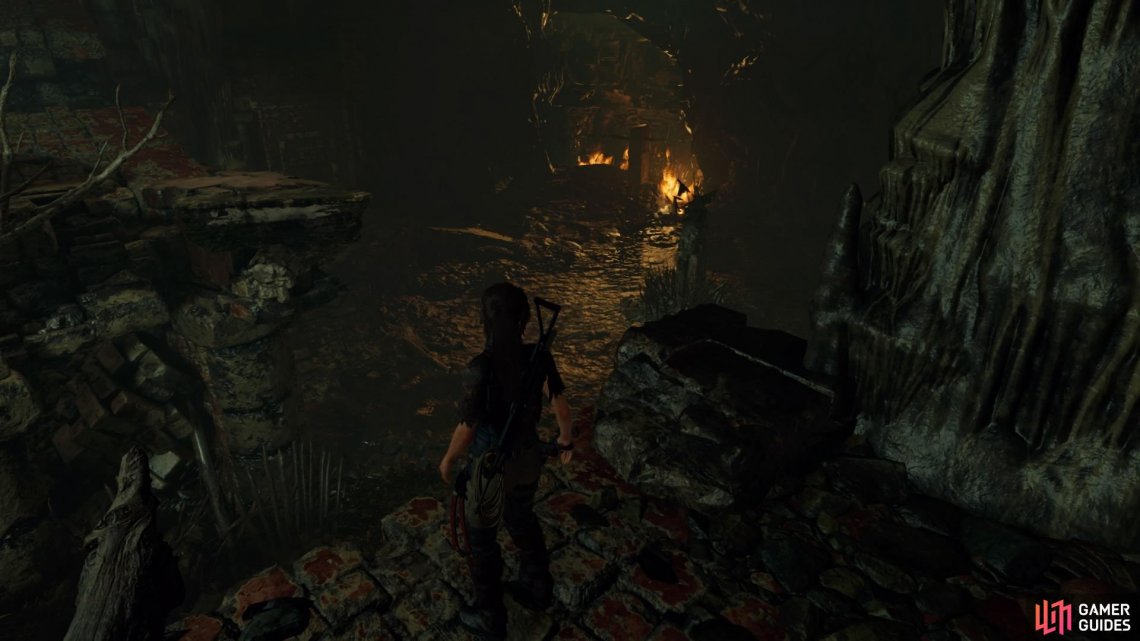 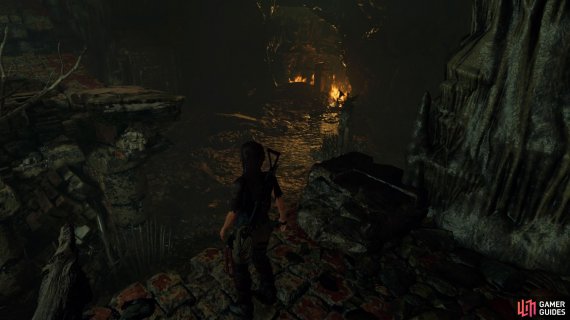 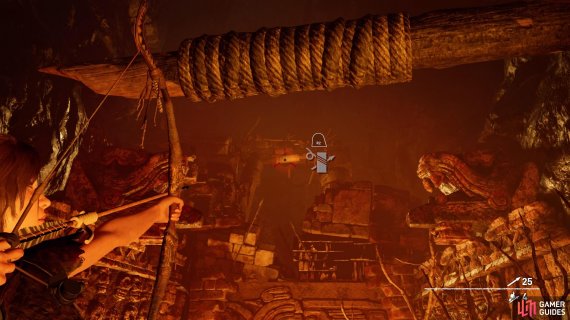 Drop down into the wolf pit (left), Tether a rope over the fire (right)

Head towards the fire and tether a rope between the two white coils. Cross the rope to the other side and pick up Document – Secret Winds before climbing the craggy wall. At the top here is a survival cache around the corner to your left, as well as the Petroleum Deposit Base Camp just ahead. 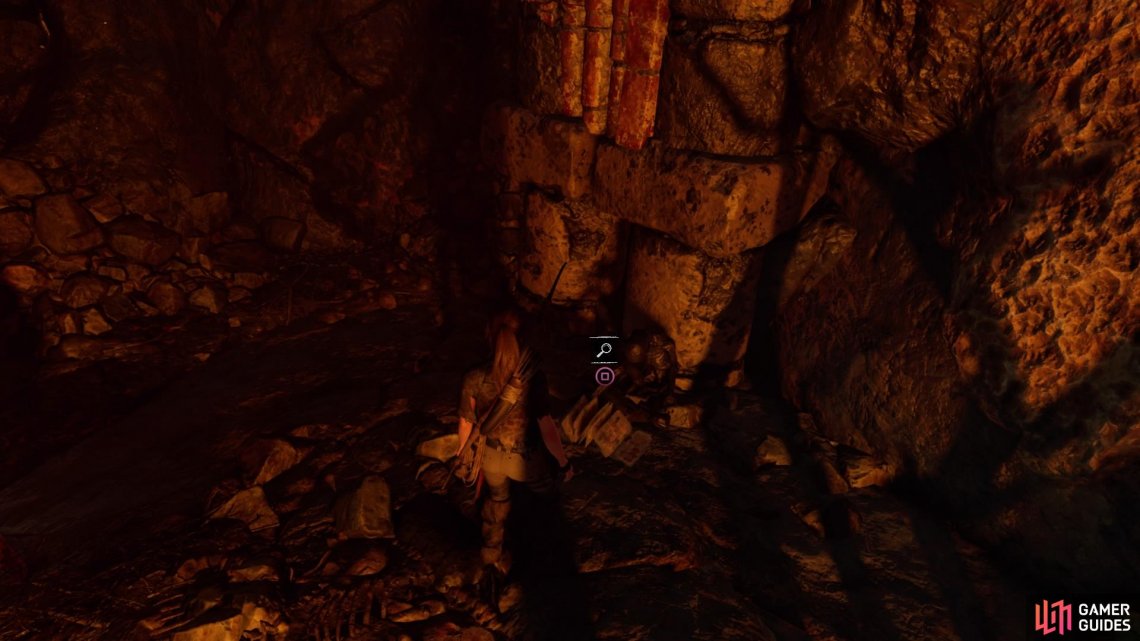 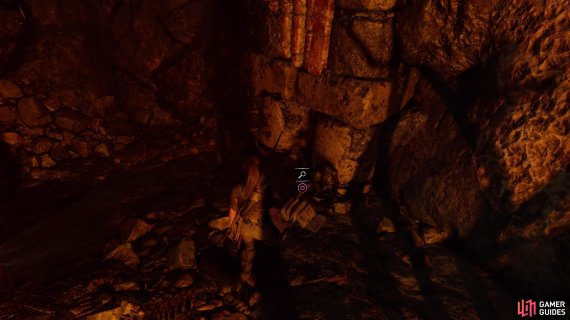 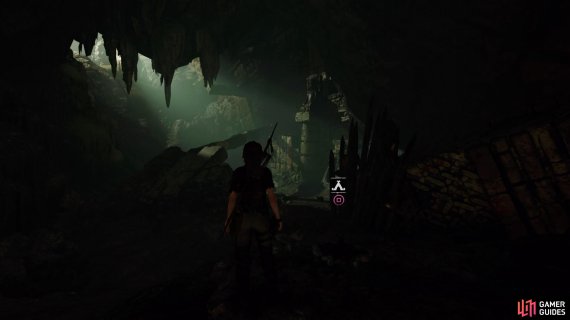 CLEAR THE WALKWAY TO REACH THE STELE

Ignore the bridge ahead of you – instead, scramble up the wall beneath it to pass through the tunnel into the main chamber.

You’ll need to complete the puzzle to reach the stele. The path does lead right to it, but fire and debris block the way, so you’ll have to clear it using a combination of levers and shutters. 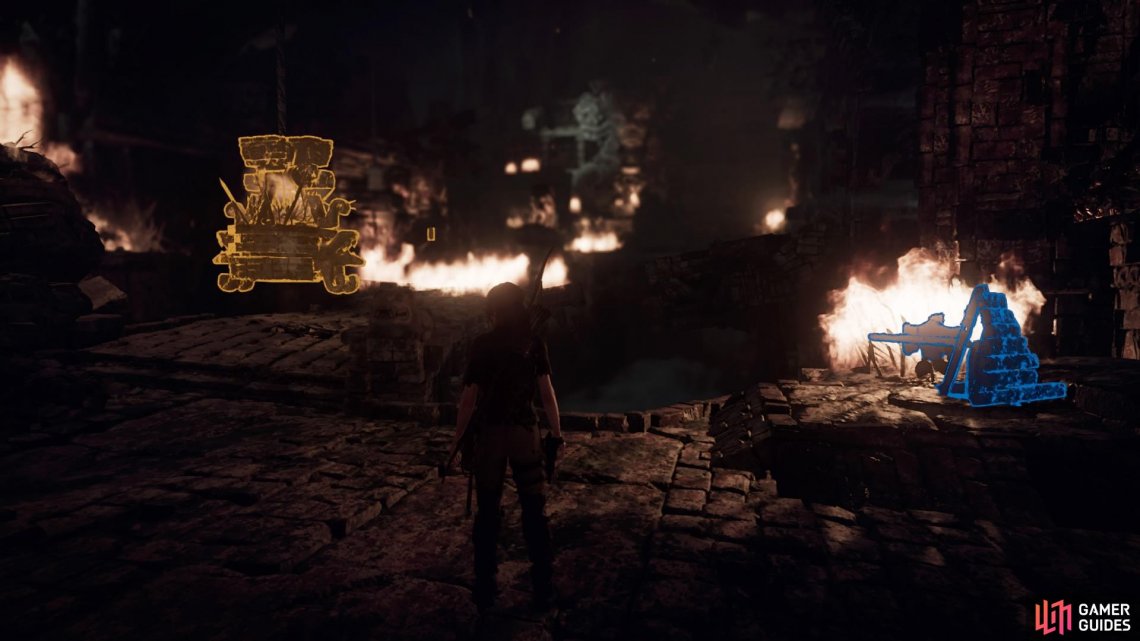 (1 of 9) Use Survival Instincts to highlight objects

Once you have obtained your new Skill, you can follow the walkway back to the previous room’s Base Camp. 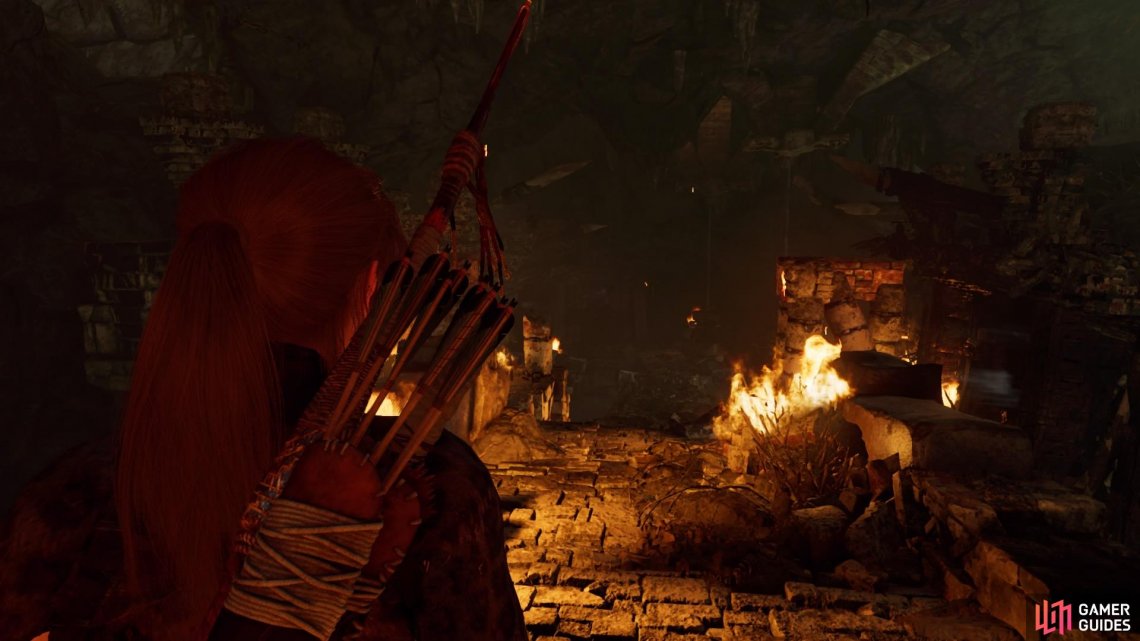 With fast-travel unlocked, you can simply exit the tomb by travelling to another Base Camp. Or, if you prefer, follow the path to the left to get out.