The Die is Cast

Now that you have feigned the death of Pious, it is time to go to the swamp north east of the Sasau monastery where Henry agreed to meet the bandits once the deed was done. Keep to the east side of the river to avoid being cut off. 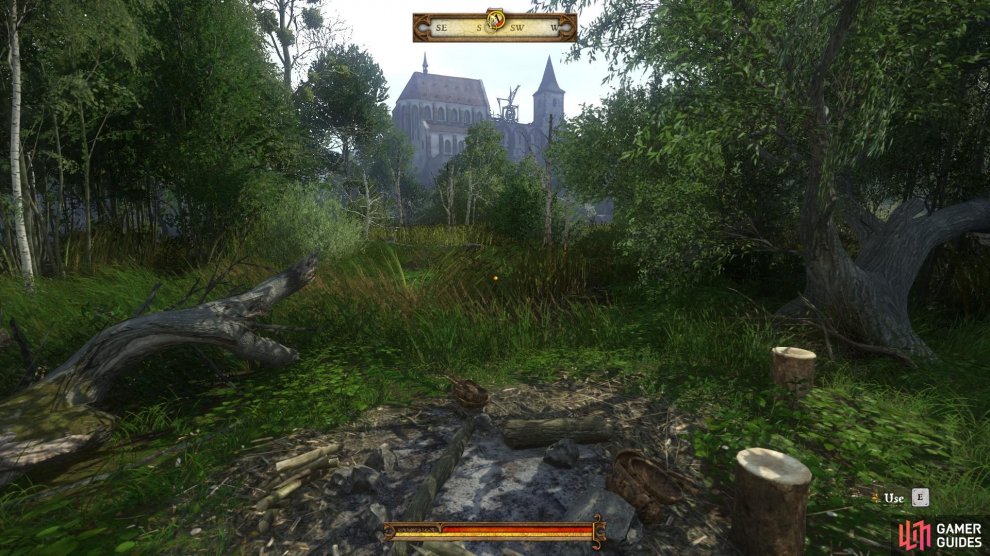 After a brief cut scene the bandits will appear. They want proof that Henry has killed Pious. You can choose to hand over a large sum of your own money claiming that it belonged to Pious. That would certainly be an unusual thing for a novice monk to have, and pleases the bandits whether they believe you or not.

Note: If you have the money and choose to hand it over to the bandits they will tell you where their camp is and provide you with a way to access it freely. If you did not hand over the money you will have to kill them and loot the corpses to find a strange die. This item will grant you access to the camp when you arrive. Ask around Sasau for any recent clues that might lead you to the bandit camp. 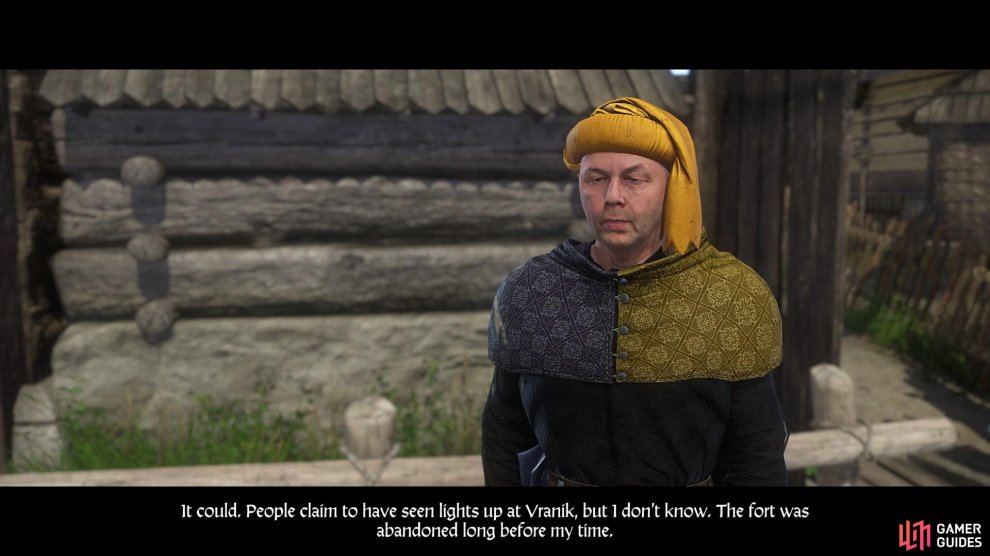 Before you go to scout the fort, report back to Sir Radzig and Sir Hanush about the progress of the investigation. 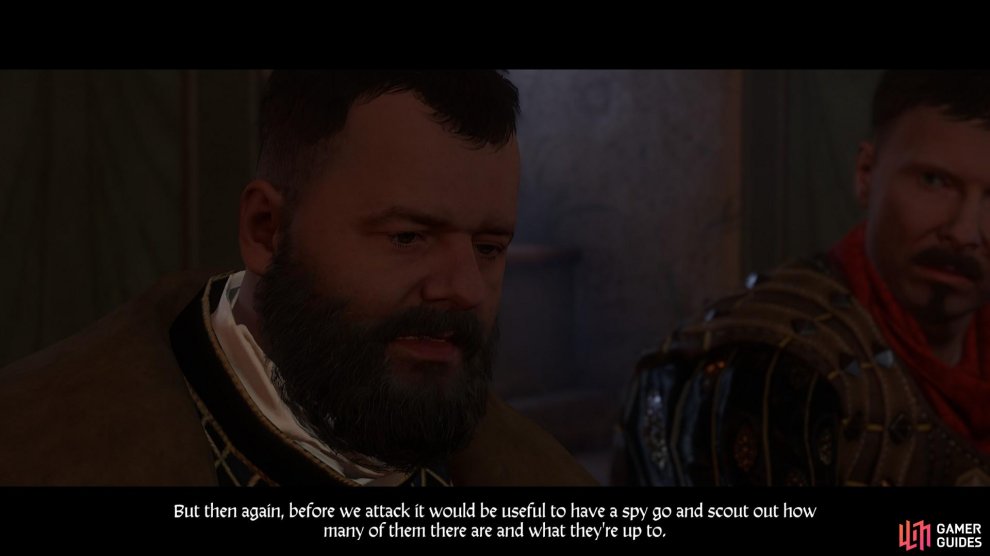 Make your way to Vranik once you are prepared. Be sure to bring your best armour and weapons; there are a lot of bandits roaming the woods around the fort. Before you enter the fort, make sure that you have completed as many side quests as you can; some of them will not be available to you once you enter. 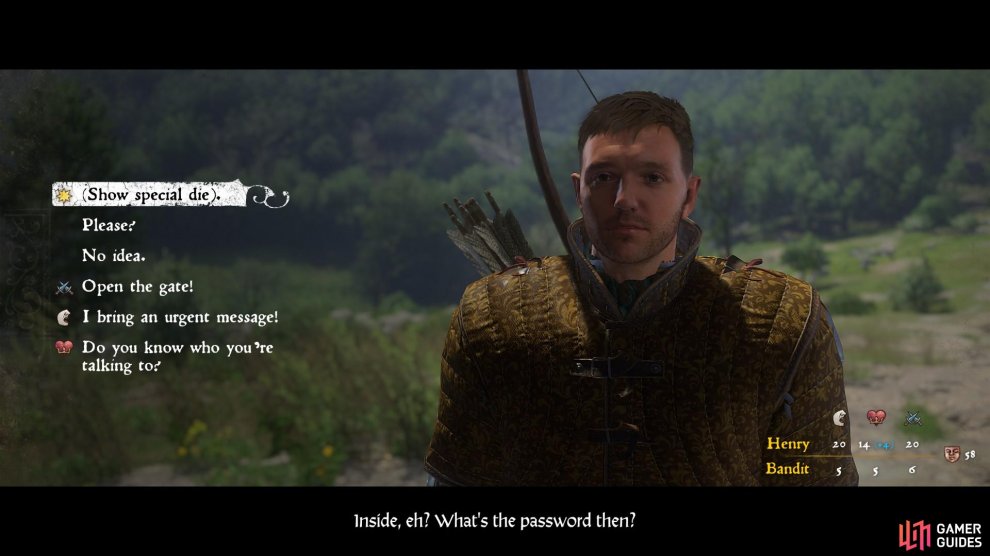 Having successfully infiltrated Vranik, it is time to scout the camp before reporting to Erik. 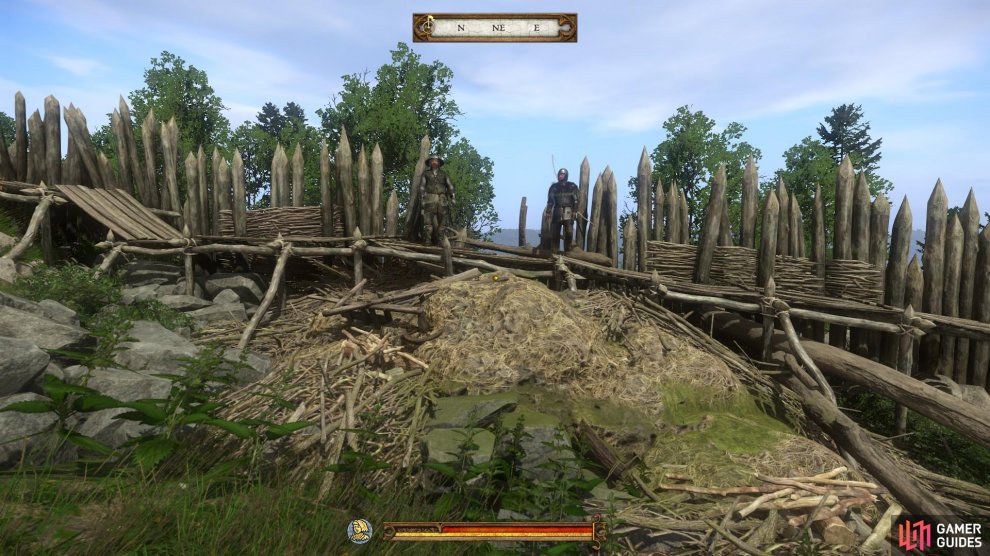 The scout objective will only update once you have roamed enough through the camp, so keep at it and explore every corner. Once you have thoroughly inspected the majority of the camp, you will have noted enough useful information to make use of in a planned attack. The final task is to speak with Erik, the camp leader. 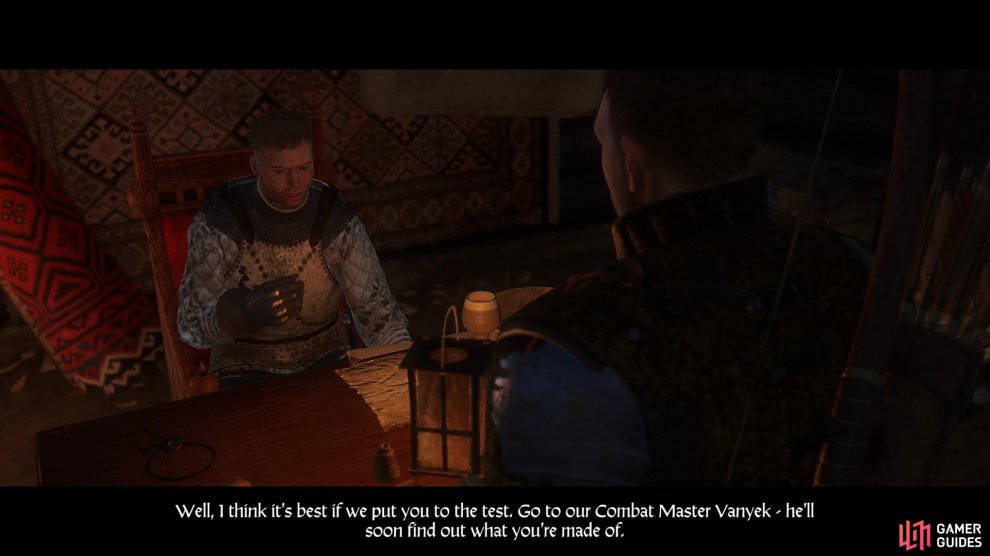 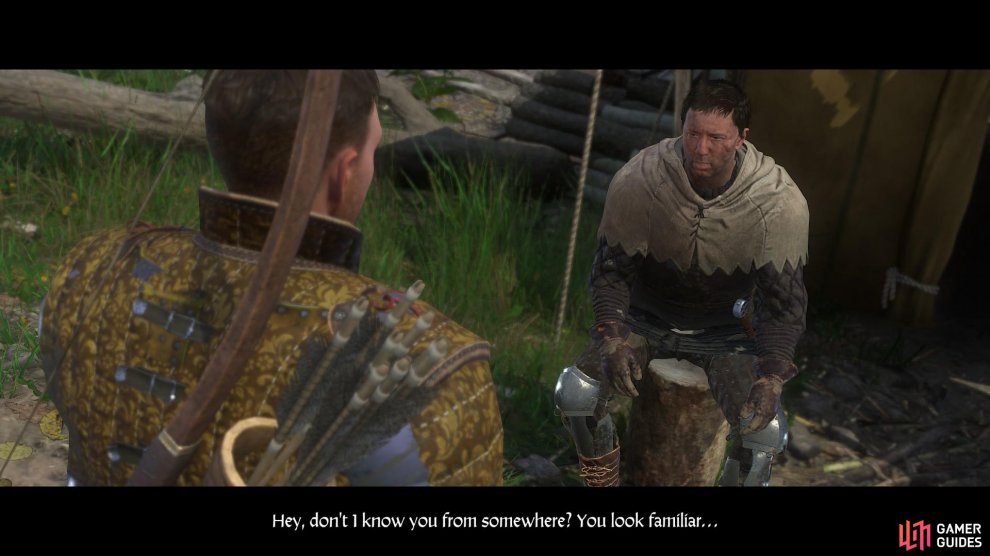 Once you have sparred with Vanyek to prove your skill, you can return to Erik. A cut scene follows in which Henry meets Istvan Toth, the man who has Sir Radzig's sword. 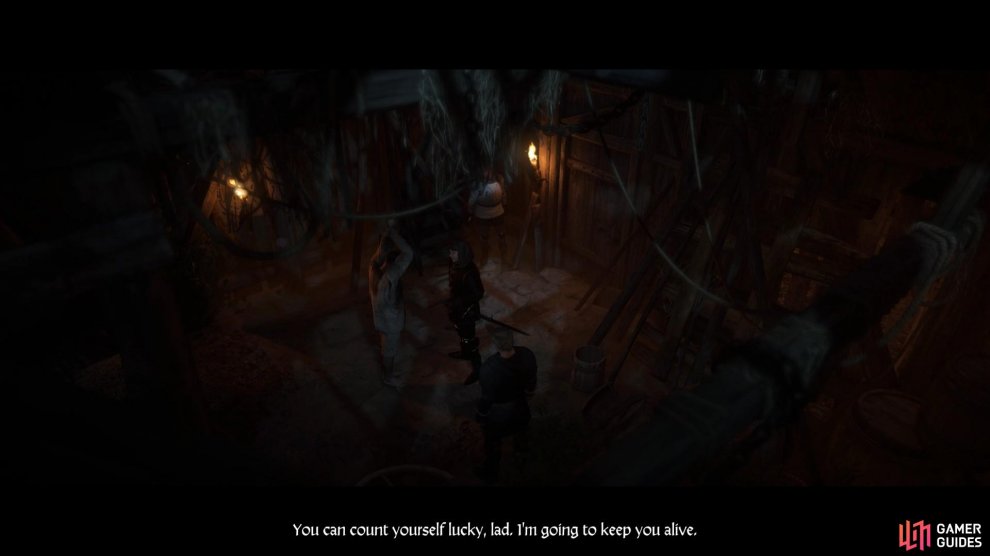 After the cut scene you will be woken by Zbyshek. Speak with him and accept his help. If you want to get your equipment back before you escape you will need to find some lock picks. 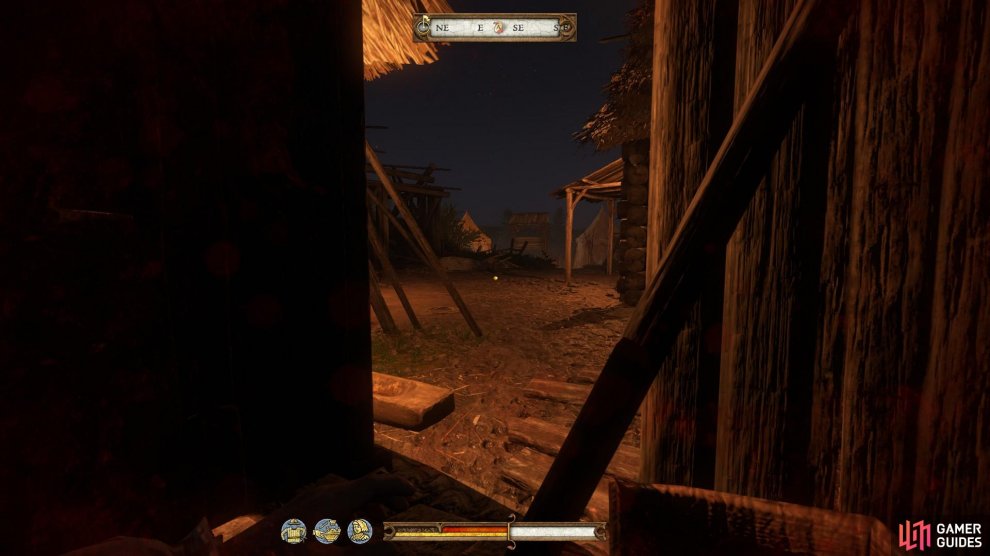 As you exit the shed when there are no guards around, look to your left. 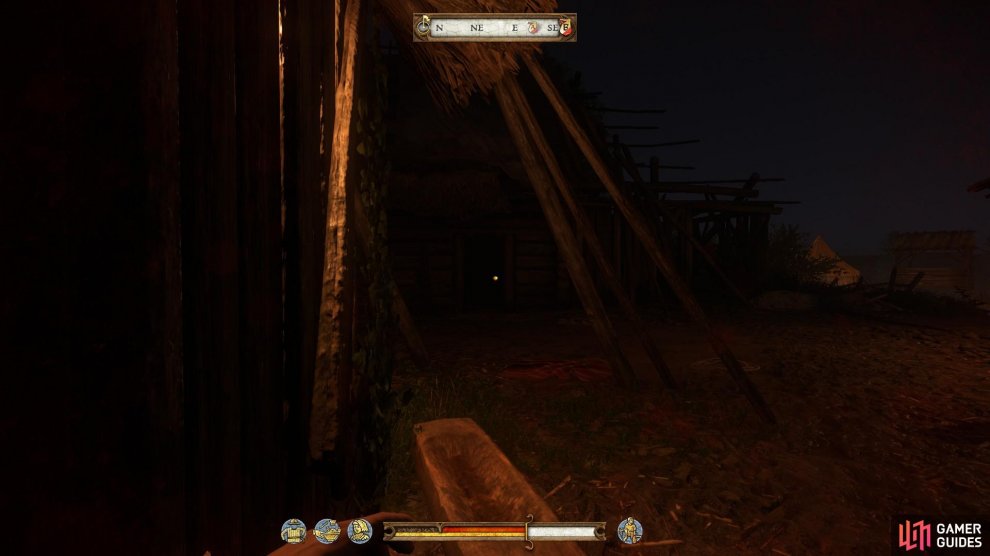 When you enter the shed it will be very difficult to see anything in the darkness. Turn left and then north east through the darkness until you come across a chest. 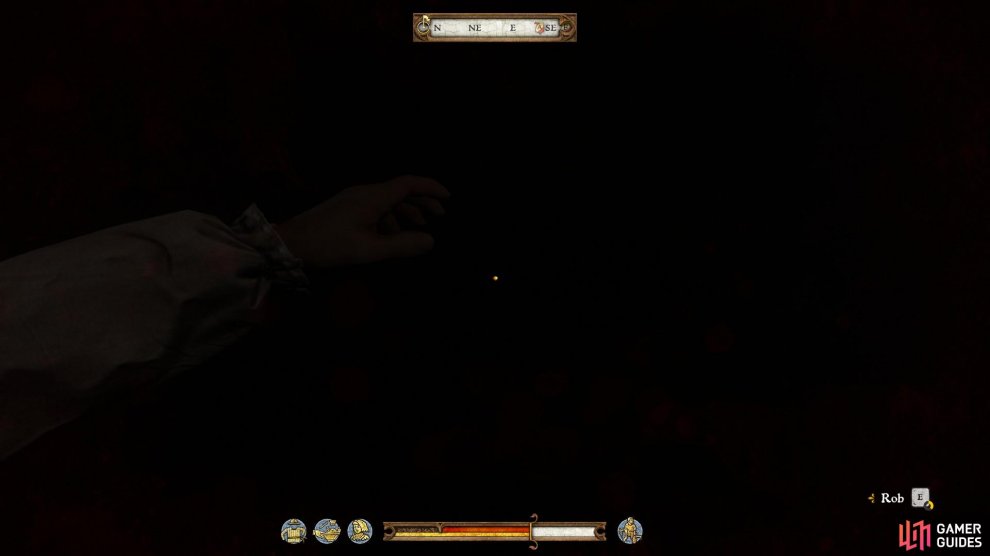 Take the lockpicks from the chest and go back to the exit of the shed. Do not poke your head out too far if the guard is waiting there. Wait for him to leave and then make your way over to the room where you first met Erik. Unlock the door and close it behind you. 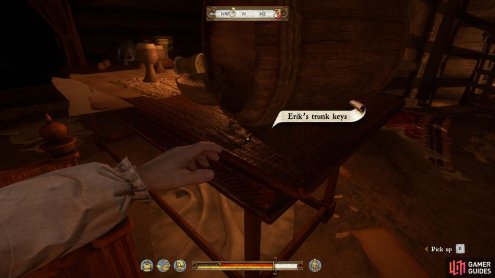 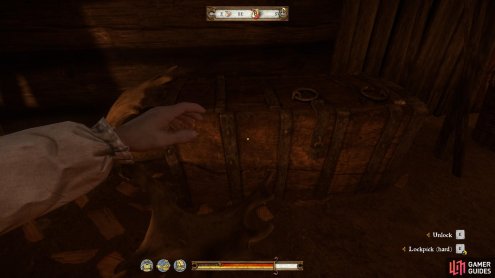 Equip any armour that you have which might aid you in remaining elusive as you escape. Dark and lightweight pieces of clothing will be best here, but if you would rather run out you can equip something heavier to protect from arrows. The aim is to get to the broken wall in the palisade where the bandits dispose of their waste. 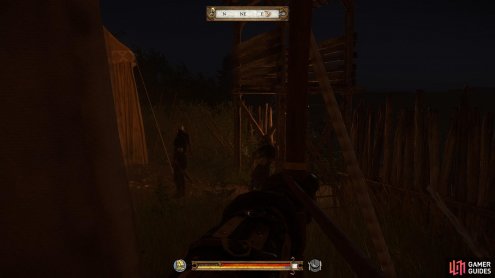 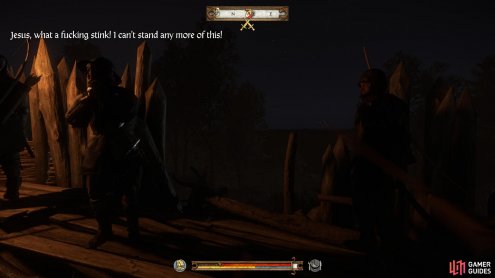 Once you are over the walls you must run to Zbyshek who is waiting by the river to the east. Keep running as fast as you can and avoid using a torch near the fort to remain undetected. When you are far enough away you should use your torch to avoid falling down any steep cliffs. 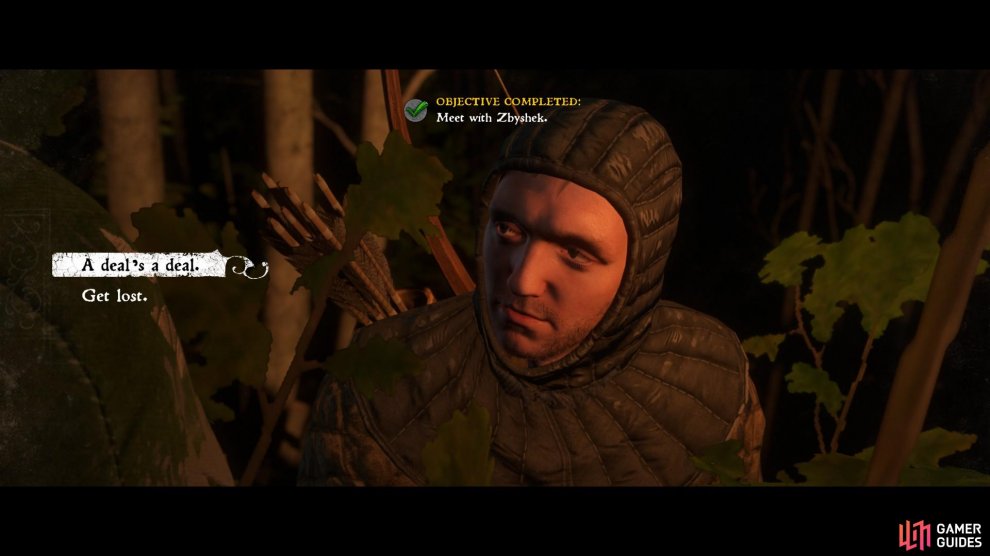 If you choose to go through with the deal with Zbyshek you will have the option to betray him to Sir Radzig later. 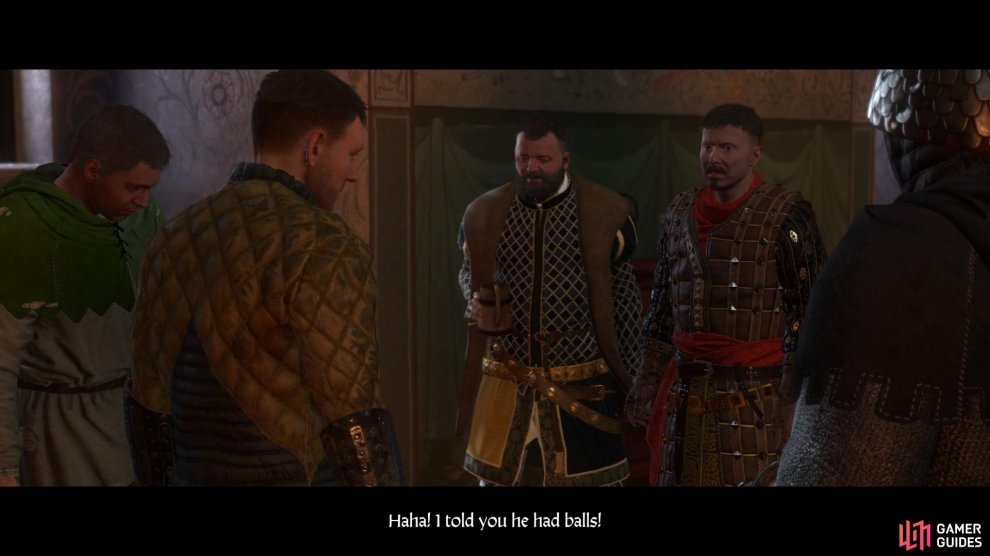