There are a number of items in Kingdom Come: Deliverance which are useful to have stored in your inventory at all times:

Bandages Used to stop wounds from bleeding which would otherwise lead to a slow depletion of health and eventually, death.

Dried foods The most effective way to maintain nourishment as you wander away from settlements.

Dagger Especially useful if you prefer playing the rogue where stealth kills are essential to your playstyle.

Lockpicks Whether you want to play a rogue or not, lockpicks are essential for some quests.

Repair kits Armour, Blacksmith, Cobbler and Tailor kits. Damaged armour and weapons reduces their effectiveness so it is a good idea to keep on top of any damage sustained.

Saviour Schnapps Essential for saving the game through the menu when you find yourself too far away from a sleep and save bed.

Spade Handy for digging up treasure and burying the dead. You can pick one up from Peshek's Mill (see below for screenshot). It is wise to store this in your horse's inventory when it is not being used due to its heavy weight.

Torch Generally useful when roaming the wilderness in the dark and obligatory to carry in settlements at night (the guards will continually pester you if you forget!). 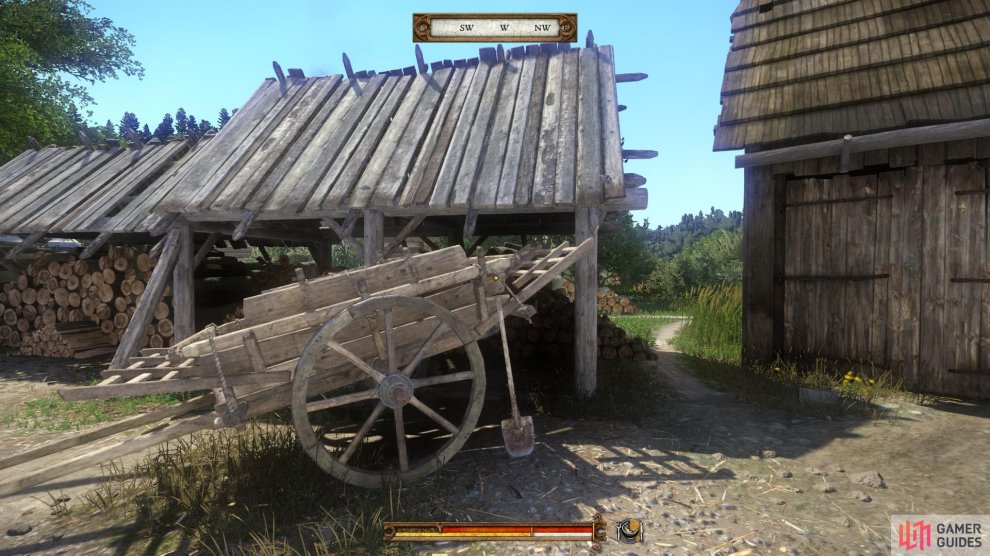 Finally, there are a number of potions that can be created using an Alchemy bench or purchased from an Apothecary which provide buffs or inflict debuffs:

Artemisia potion Increases Strength and Warfare skills by five for ten minutes, but causes blurred vision as a consequence.

Aesop potion Increases Horsemanship skill by five for ten minutes. Dogs will not bark at you while the potion lasts.

Bane potion Pour into cooking pots of bandit camps at night and wait until morning. After they eat, they should all be dead.

Dollmaker potion Reduces combat skills by five and reduces Stamina by fifty percent for ten minutes. Can be used in cooking pots at bandit camps.

Lullaby potion Reduces energy to zero. Can be applied to arrows to lower the Stamina of an opponent, to meat that can be fed to dogs to make them fall asleep, and cooking pots to induce lethargy in guards, making stealing easier.

Poison Can be used to poison food supplies, or applied to arrows to significantly weaken recipients.

Preserver Can be used to keep food fresh for longer and make some spoiled foods edible.

Note: The only reliably accessible alchemy bench to be found in a settlement is located behind the apothecary in Rattay. Others are located at Herbalist huts located throughout the map. 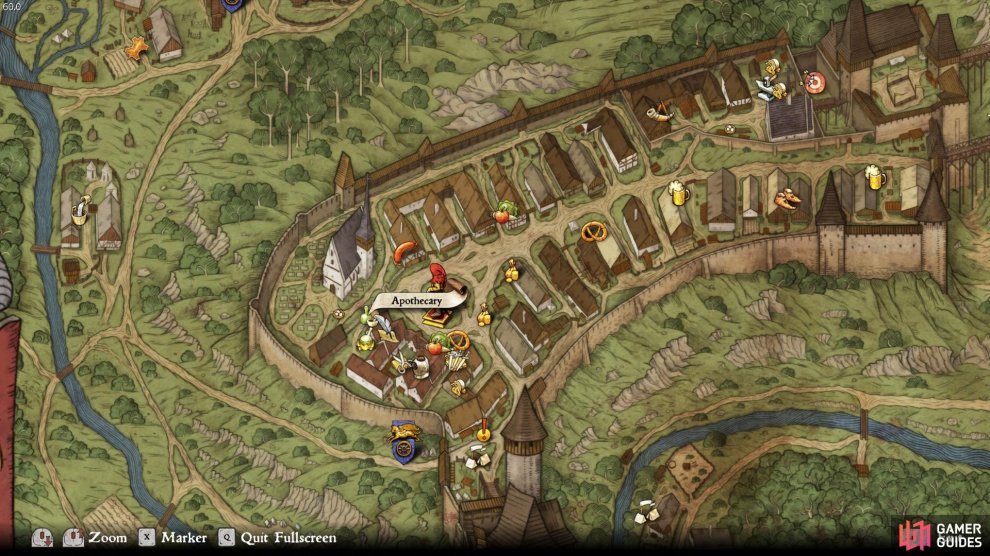