Now that you have a more promising lead in the investigation about the attack on Neuhof, it is time to pursue it. Go to Uzhitz and seek out the limping bandit mentioned by Ginger. Speaking with almost any of the locals will reveal that the bandit with a limp is known as Limpy Lubosh. No one seems to like him, but they know where he lives. Go to his house as marked on the map. 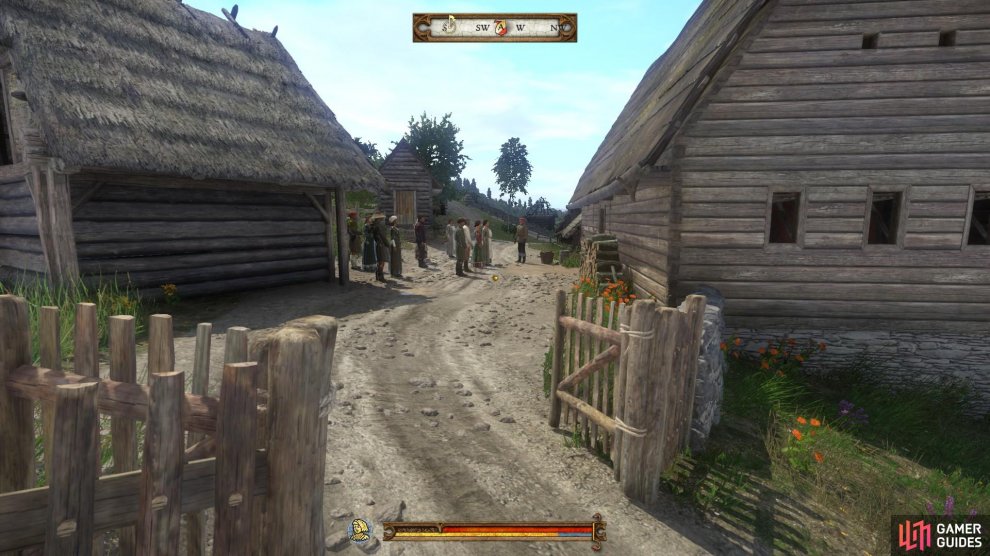 When the cut scene ends, speak with the Bailiff and request to investigate the matter further. With Limpy Lubosh dead, the promising lead has been rendered somewhat cold. You will have to speak to the villagers to find out more about who he was and how he might have been involved with the attack on Neuhof. Questioning the locals will yield some useful information; Limpy Lubosh decided to go to church shortly before he died. That leads you to the parish priest of Uzhitz. Be sure to speak to a woman in the crowd named Marush, who will direct you to Father Godwin. 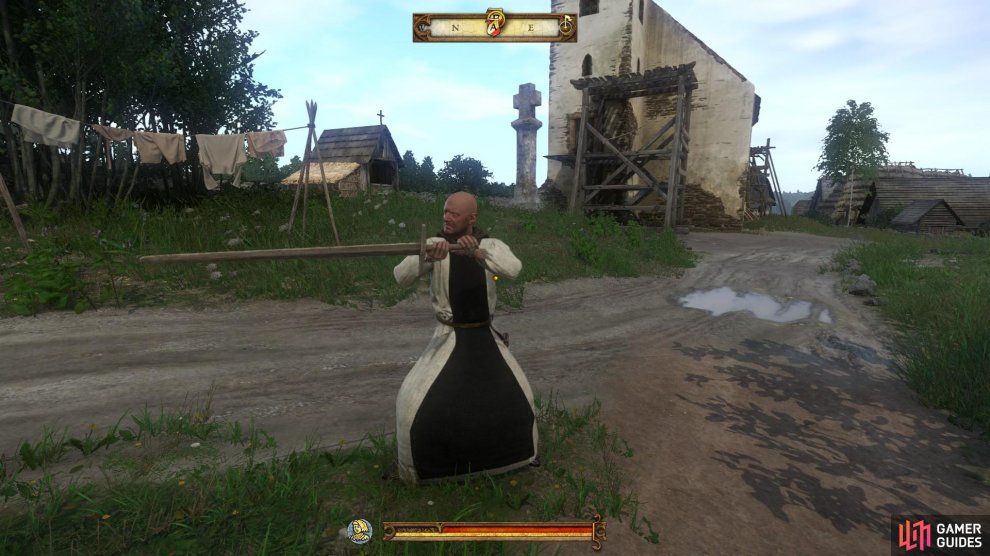 Father Godwin will inform you that he is bound by confessional oath not to say anything about what Lubosh told him in confidence. 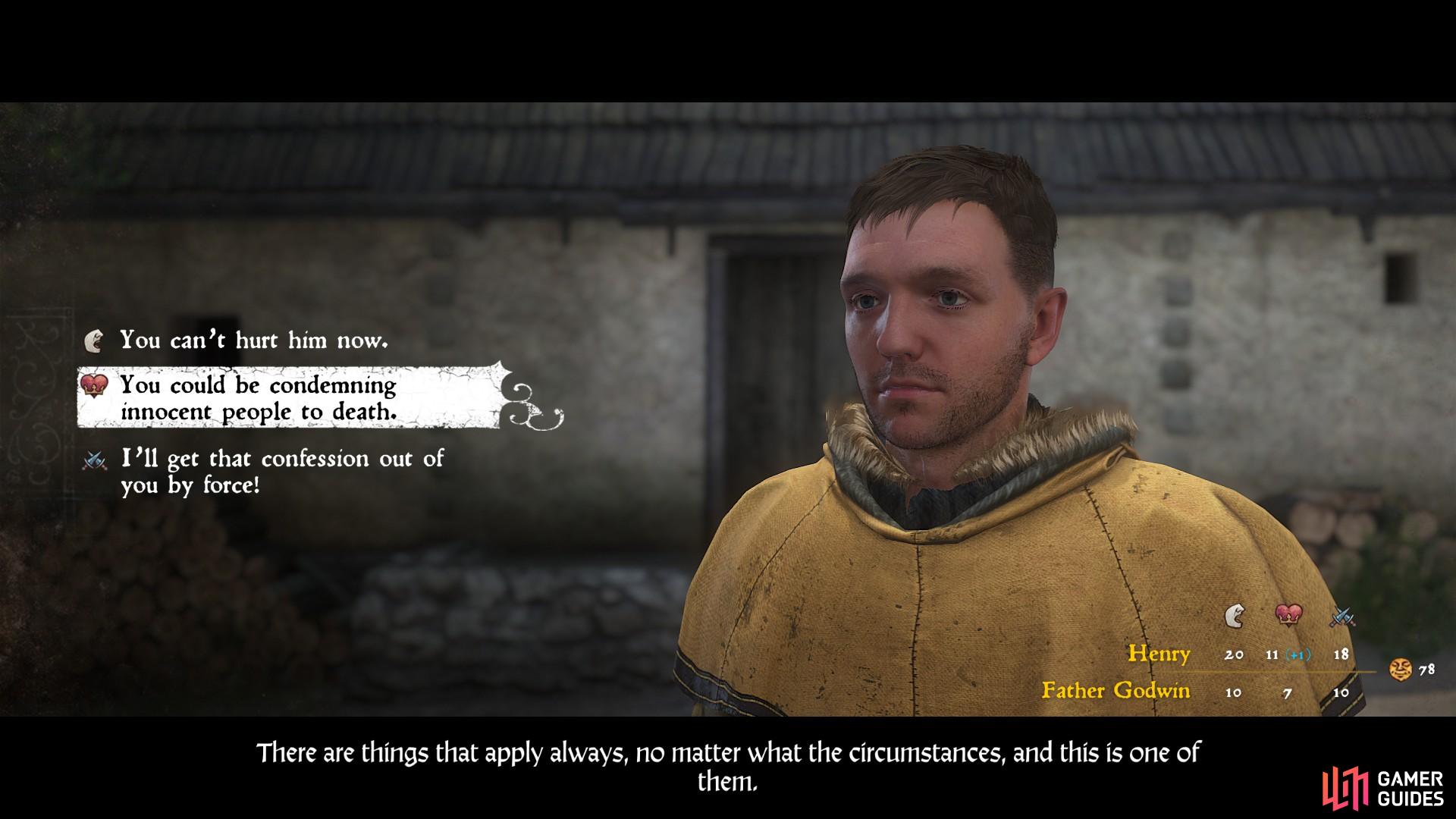 When you have successfully persuaded Father Godwin he will suggest that you meet him in the tavern in the evening. Meet him there and listen carefully when he recounts some of his preaching. Agree to stay for a drink to experience a more interesting side objective. After the cut scenes you will have to deter some guards. Try to do this without killing them.

The next morning Henry and Father Godwin will wake up with hangovers. Father Godwin will request that you conduct mass for him. Here is where paying attention to the preaching in the tavern comes in handy. Proceed in the sermon with the following options to succeed in pleasing the townsfolk:

When the semon has ended Father Godwin will thank you and direct you to the location of Reeky, in Ledetchko.