The third chapter begins in Rattay Mill, owned by Theresa's uncle Peshek. After you have followed the quest marker in the nightmare sequence and dispelled the visions, you will have the opportunity to ask Theresa a series of questions about what happened at Skalitz. You are given the opportunity to ask these questions each time you wake after days of rest. 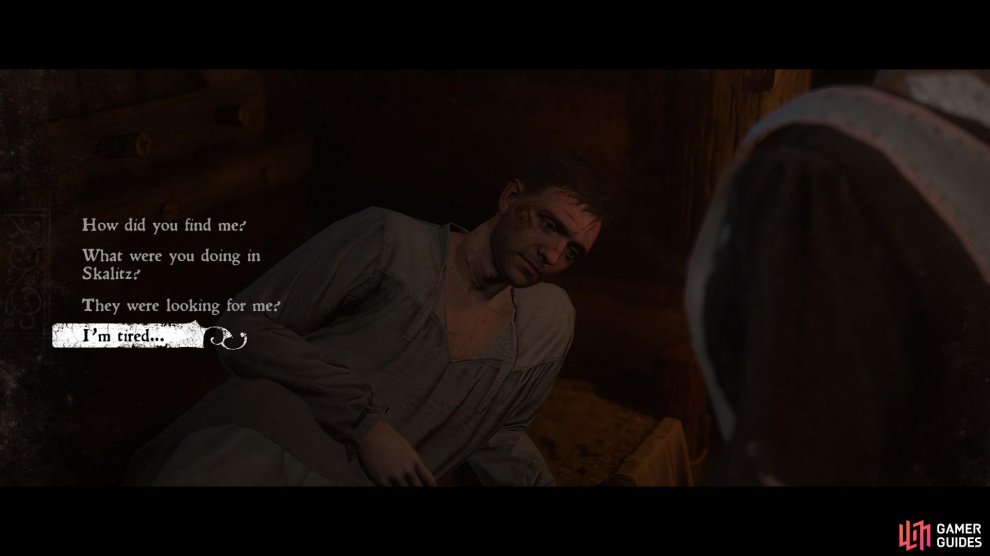 Once you have explored all of the dialogue options with Theresa, you are free to get up. You will now find that you have the main quest 'Vengeance' with the objectives 'Get father's sword back' and 'Find Markvart von Aulitz and avenge your parents'. Note that these objectives cannot currently be completed until new content is released. Instead, you should focus on the main quest 'Awakening' by going to see Sir Radzig in Pirkstein, the Lower Castle of Rattay.

Note: At this point in the game you should also collect and complete side quests as you wish. This will allow you to develop essential skills that will make some of the more difficult main quests easier. You can begin by paying off your debt to Peshek with the side quest 'The Good Thief'.

Before you go to Sir Radzig in Pirkstein castle, collect your equipment from the chest beside the bed when you first get up. If you can afford it, it is also worth visiting the bathhouse which can be found further along the path south from Rattay Mill. If you are short on Groschen, wash yourself in the trough just outside the mill.

Now that you are cleaned you can go to Pirkstein castle to see Sir Radzig. As you enter Rattay from the lower gate, you will be stopped by one of the guards. The guard will ask you what your business in Rattay is. The best option in response is the use of Speech by telling the guard that you have to tell Sir Radzig what happened to his sword. Intimidation will not work, nor will claiming to be Sir Radzig's blacksmith and you will want to save your coin for when bribes are absolutely necessary. 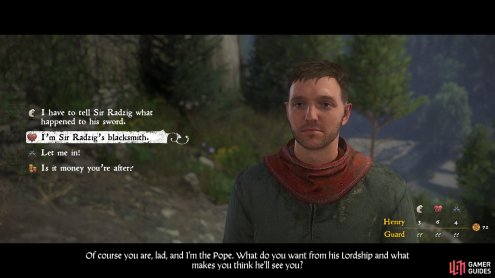 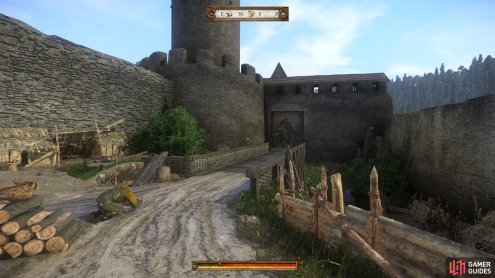 Speak to the guards at the bottom of the stairs to Pirkstein before climbing to the top floor. You will find Sir Radzig in the room at the end of the corridor. 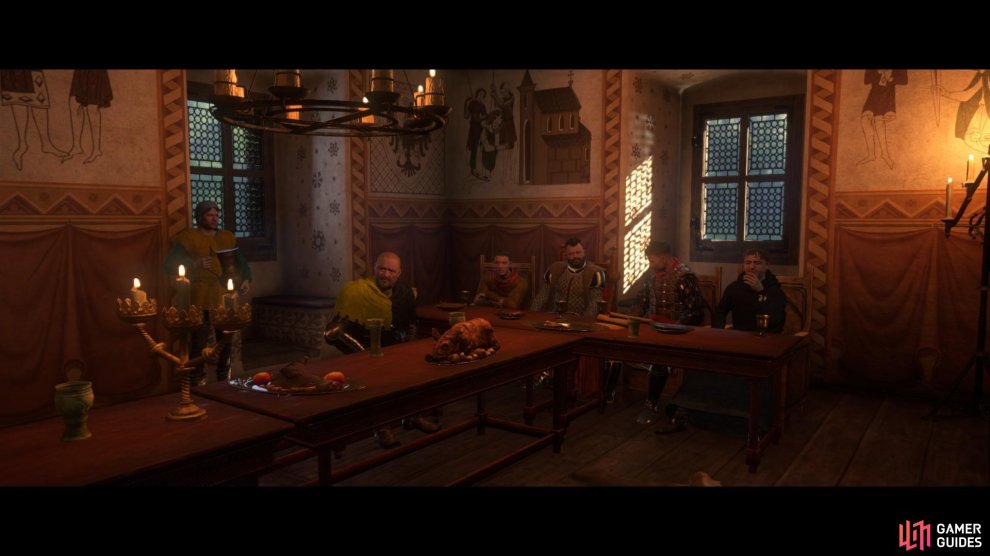