Note: The completion of ‘An Oath is an Oath’ also completes the ‘Siege’ quest, so it is a good idea to finish up any of the optional objectives in that quest line before you proceed.

When you have properly rested, eaten and reconditioned your attire, go to Sir Divish and speak with him about the plans for the siege. 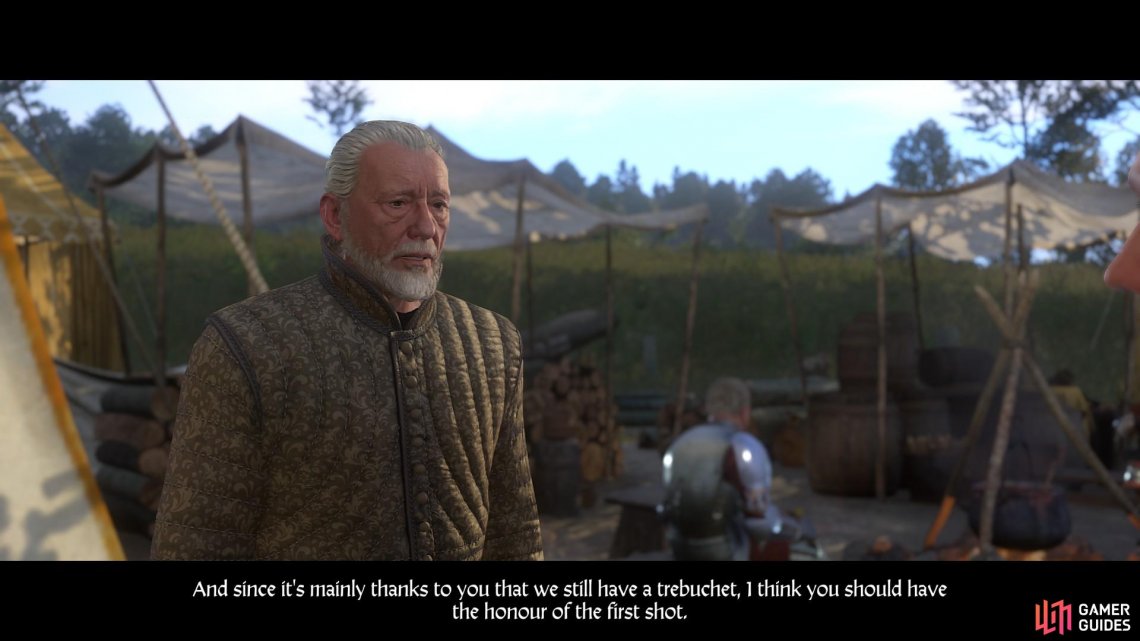 Sir Divish has given you the honour of being the first person to use the trebuchet, though he is not exactly overjoyed that his own castle must be bombarded. 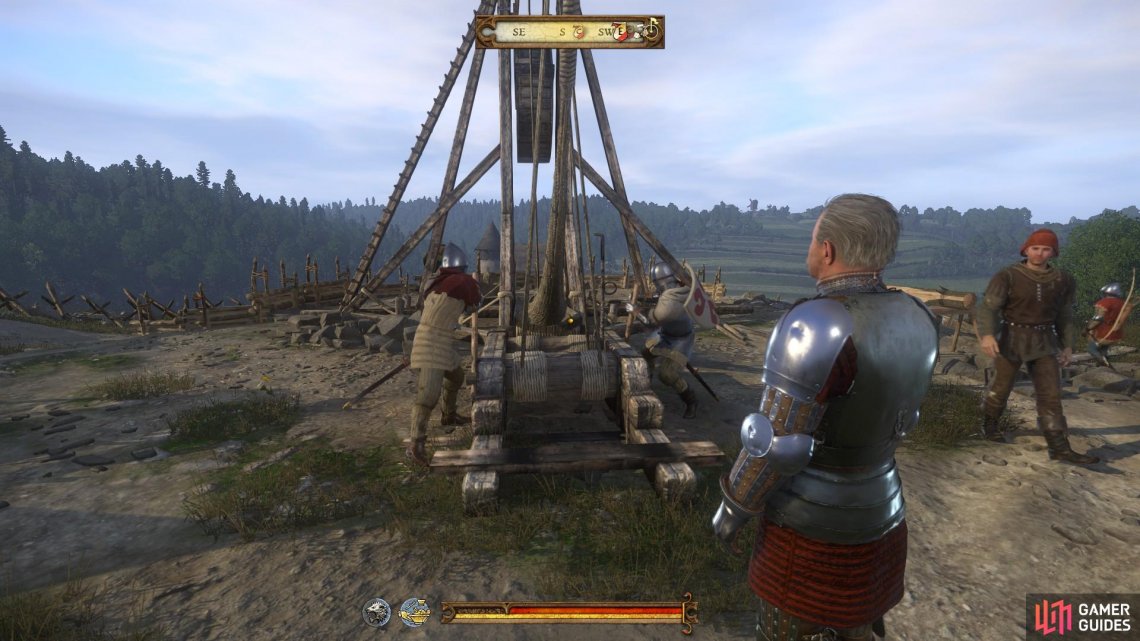 (1 of 2) Go to Sir Robard and wait with him as the men load the trebuchet. 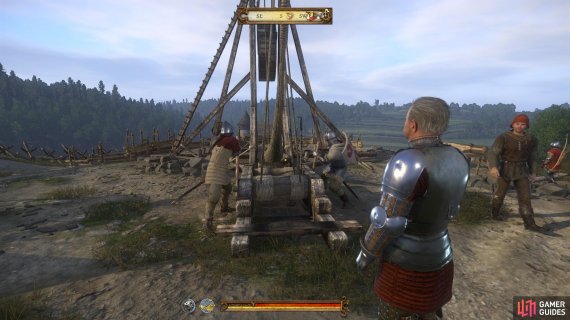 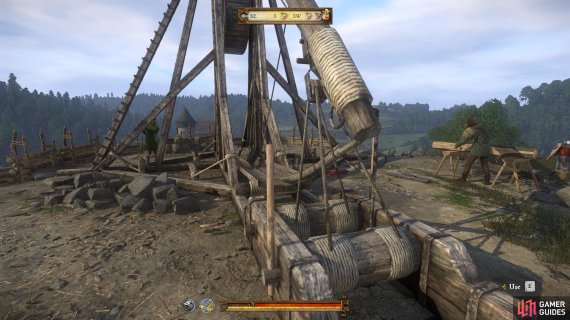 Go to Sir Robard and wait with him as the men load the trebuchet. (left), Once the trebuchet is fully loaded, use the lever to fire it. (right)

With a successful hit on the walls, speak with Sir Robard. 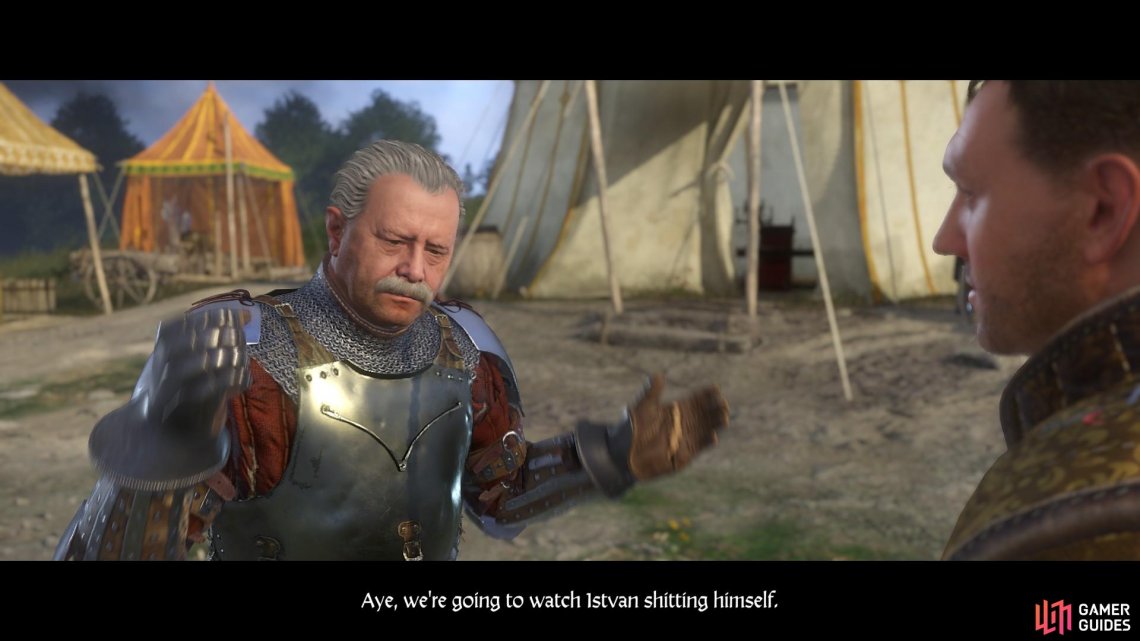 Sir Robard will inform you that the bombardment will continue for a couple of days.

You now have two days to do whatever you need to attend to, but do not forget to come back to the encampment when you are ready. If you have nothing else to do, simply use the time dial and wait for two days. 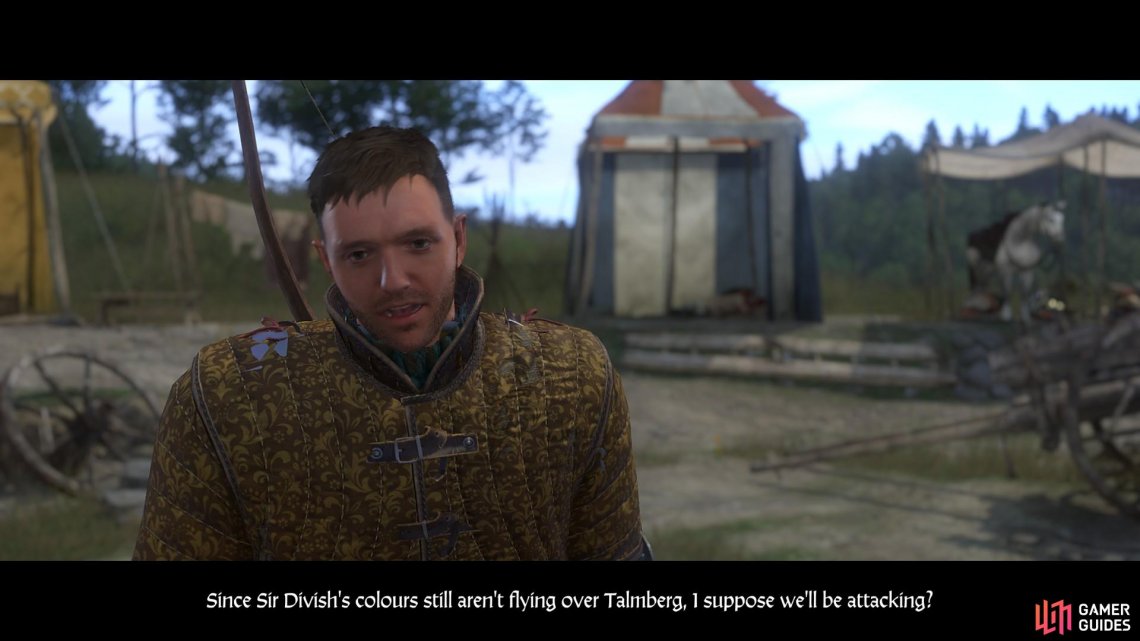 (1 of 2) When you return to Sir Robard you will discover that Istvan Toth has shown no weakness in his defence. 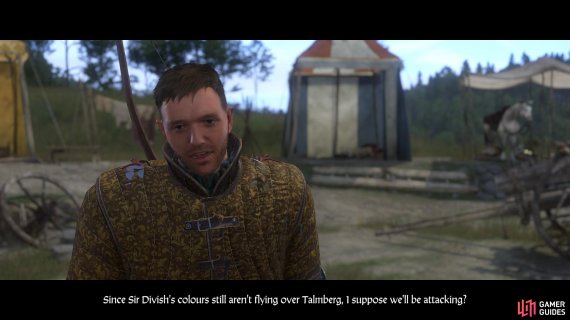 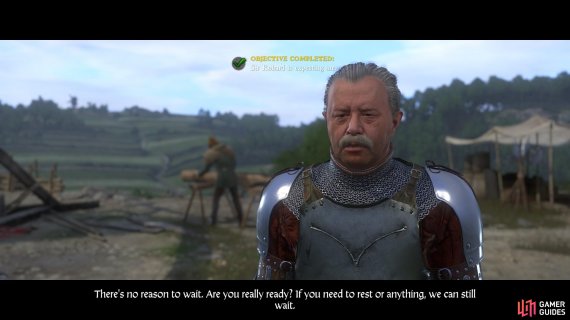 When you return to Sir Robard you will discover that Istvan Toth has shown no weakness in his defence. (left), Be sure that you are fully rested, nourished and battle ready before you speak with Sir Robard to begin the siege. (right)

As the battle begins, run with the other men to storm the walls. If you are not confident in your combat ability, let a few soliders climb the ladders first to bear the brunt of the attack. 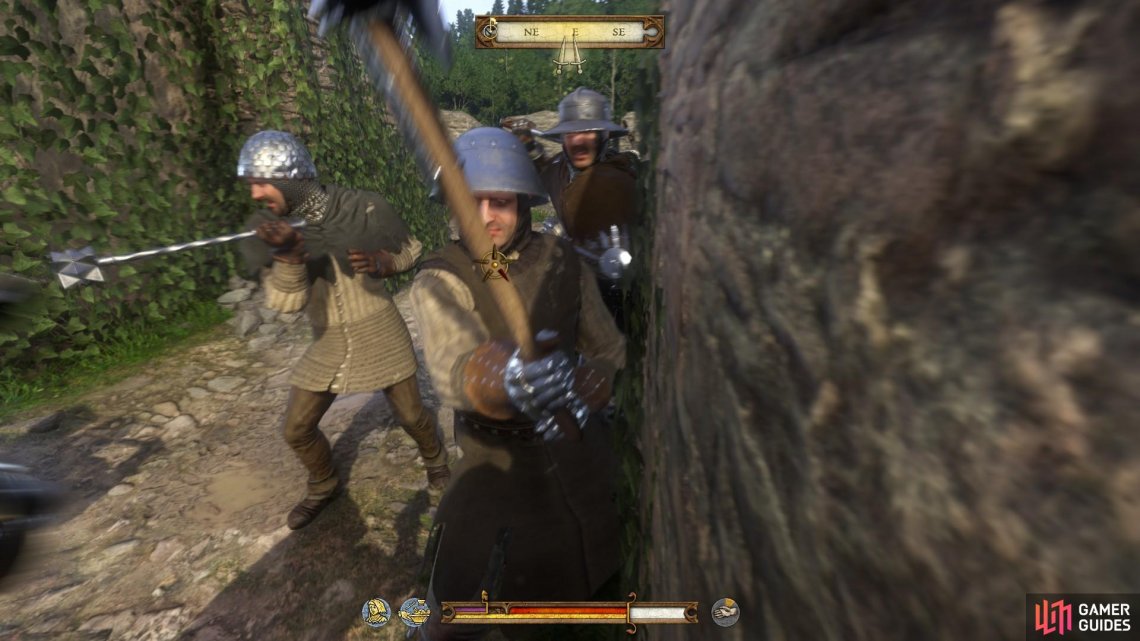 Once you are atop the battlements, do not rush ahead. There are many foes and you will quickly become vulnerable to attacks from your side and from behind.

When you have secured the walls, fight your way to the outer bailey. There will be a lot of foes rushing in through the inner bailey, so it is a good idea to take the initiative and meet them at the gate. 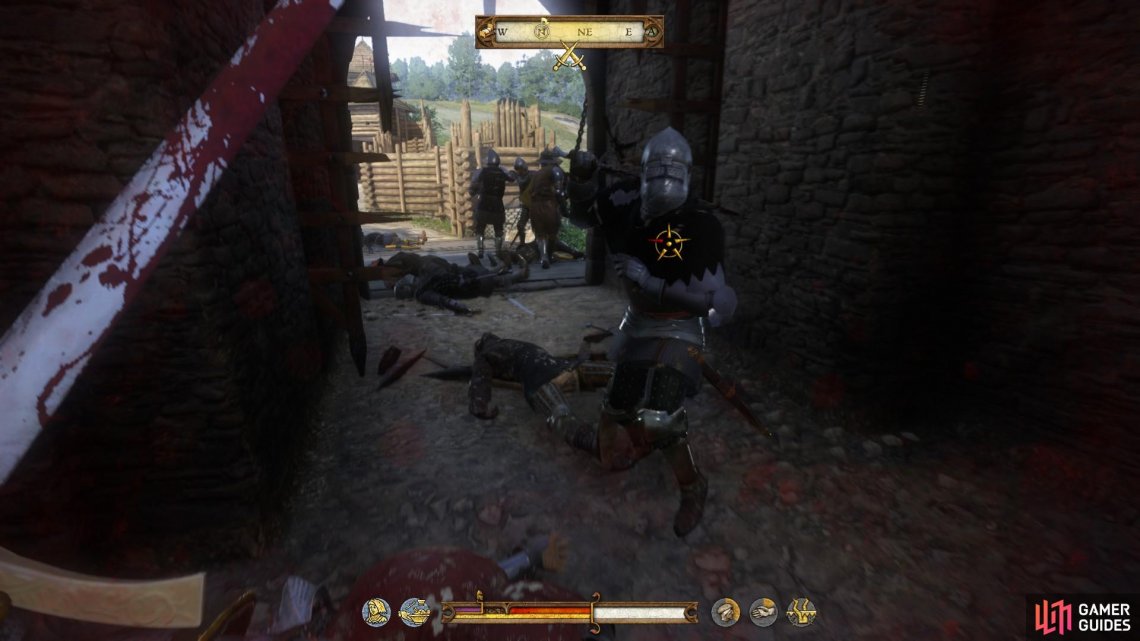 Fight through to the inner bailey until you have defeated most of the enemy. A cut scene will follow. 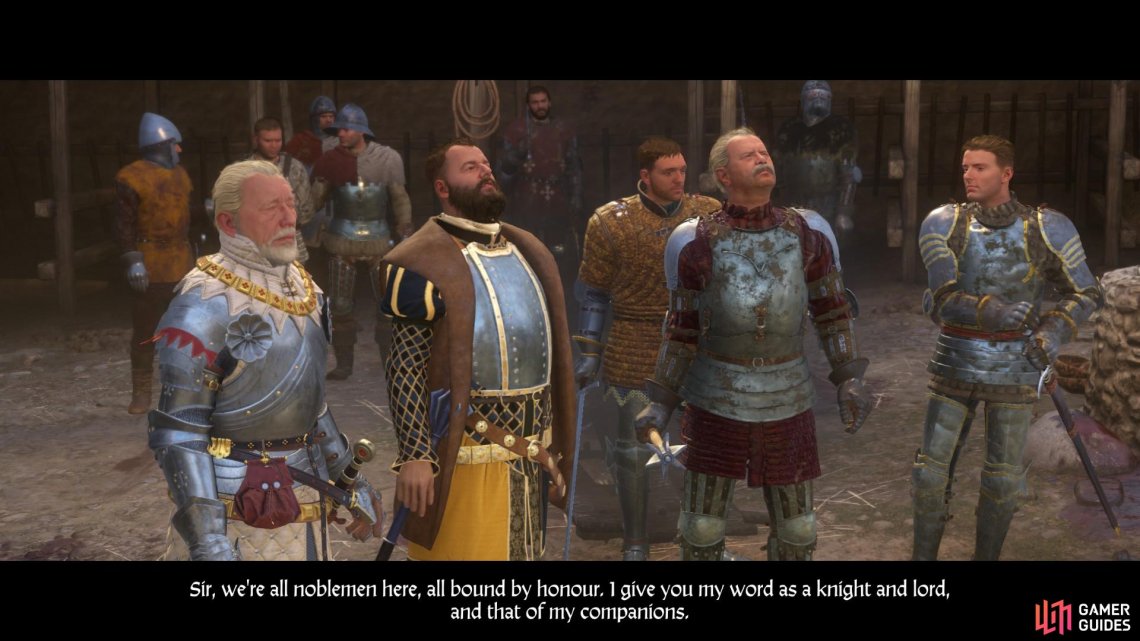 In the proceeding cut scene an agreement will be established whereby Istvan Toth will be allowed to go free if he releases Lady Stephanie and Sir Radzig in exchange for Erik.

The only condition of the agreement is that Sir Radzig rides with Istvan Toth until Skalitz to ensure that no one follows him. You must now ride with Lord Capon to collect Sir Radzig. Be sure to stay beside Lord Capon to hear what he has to say. 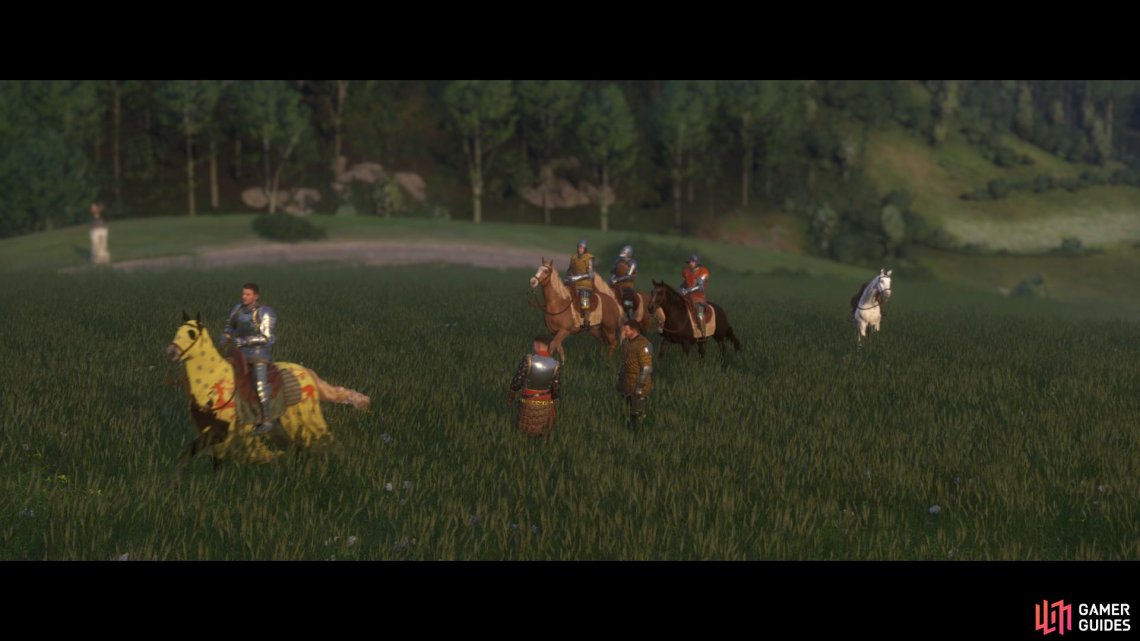 After riding so far a cut scene will follow in which Henry and Sir Radzig discuss all that has happened. 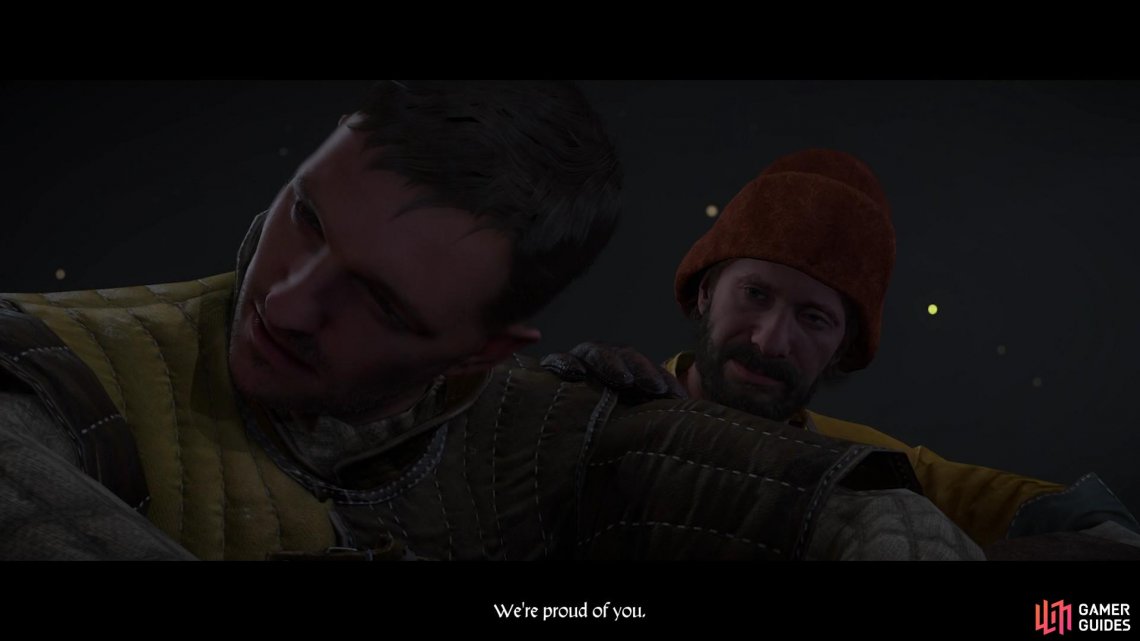 After the cut scene with Sir Radzig, another will follow in which Henry meets his adopted father in a dream. 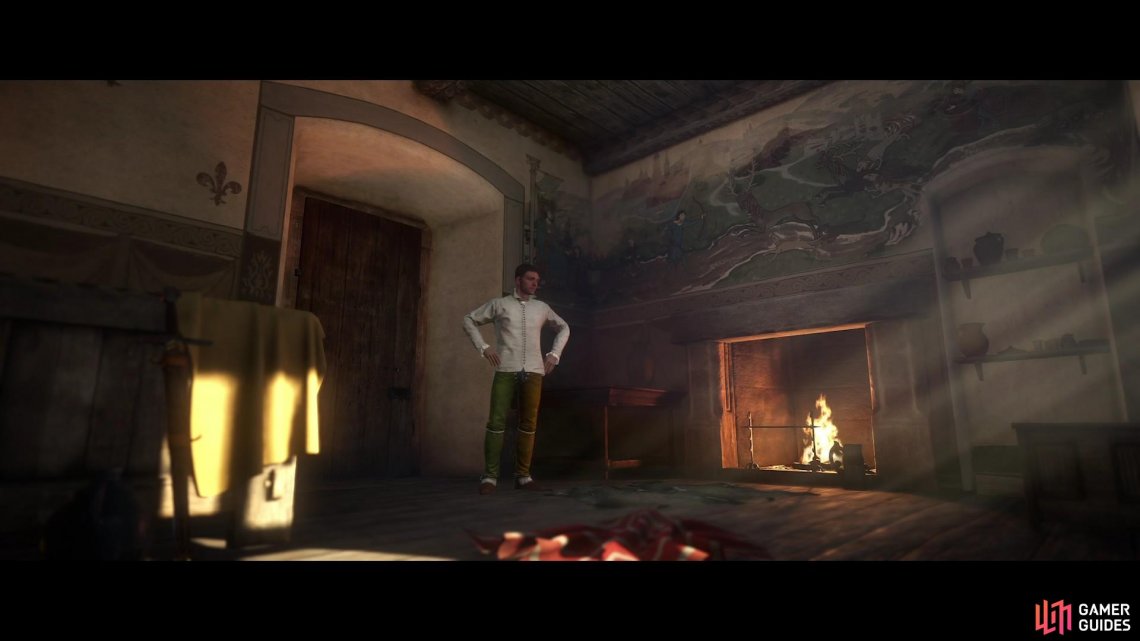 As Henry wakes he finds himself in Pirkstein and the chapter ends.