Speaking with Father Godwin established a new lead in the investigation; there is another member of the gang that attacked Neuhof, a fellow named Reeky, who may be found somewhere in the vicinity of Ledetchko. 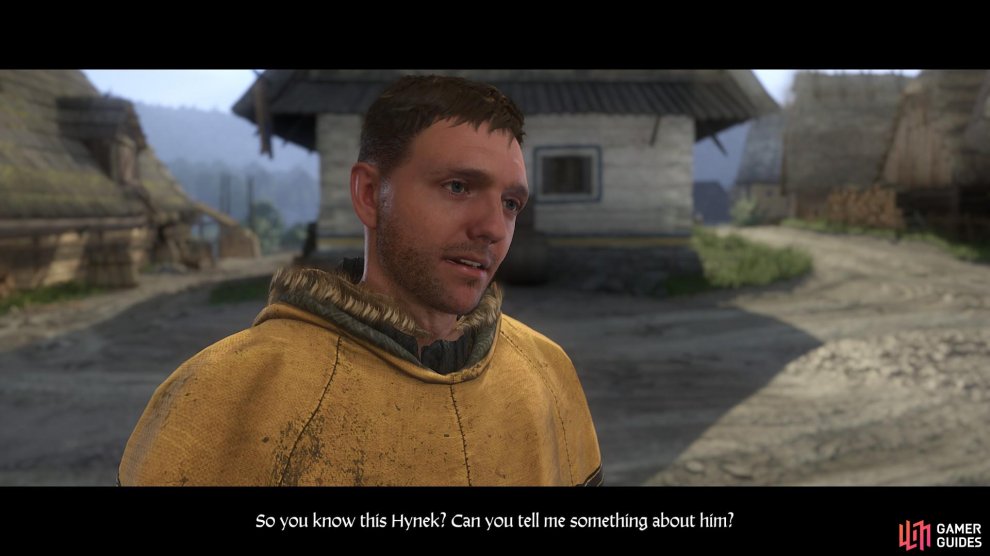 Questioning the locals about Reeky will reveal that his birth name is Hynek. He is known as Reeky because he is the son of the local tanner (tanning can be a fetid business). Some of the locals, such as the Bailiff, will also tell you that he has been seen in the company of a woman from the bathhouse. 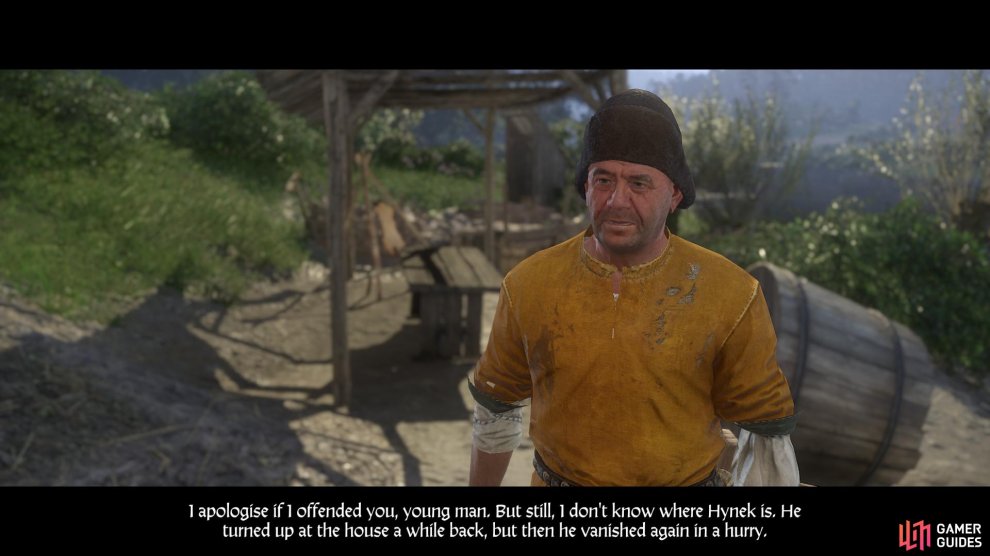 If you exhausted all dialogue options with Hynek's father, you will have discovered that he was selling poached game to the innkeeper. Go to him first to learn more about it. 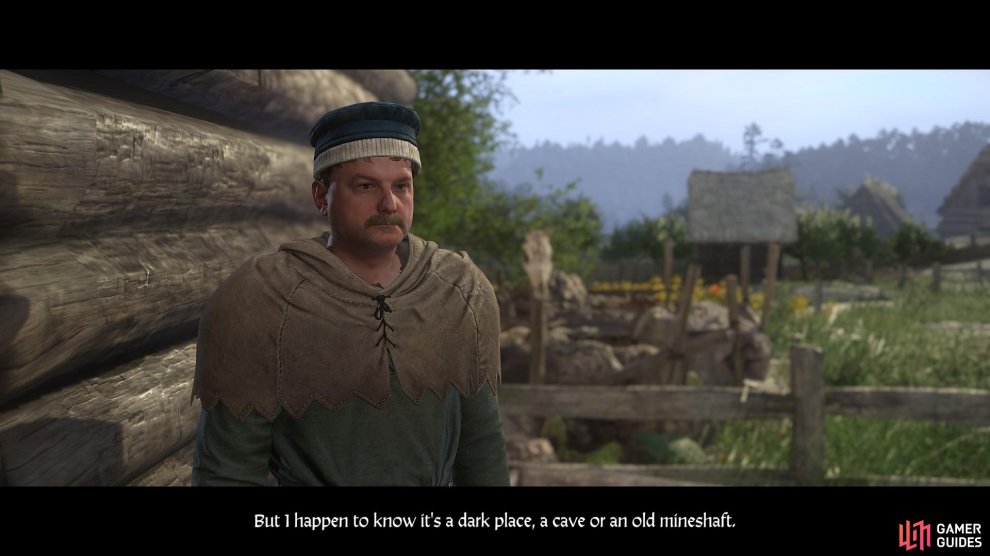 Before going to seek out Hynek's hiding place, speak to the woman in the bathhouse. 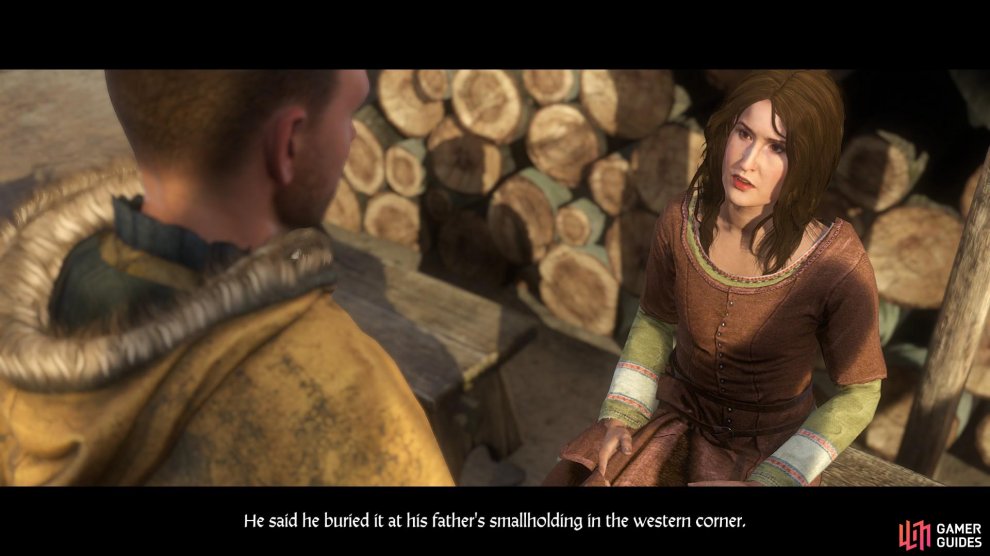 Adela also provides some useful indications as to where you might begin your search for Hynek's hideout, but before you leave Ledetchko you should go to find his stash. 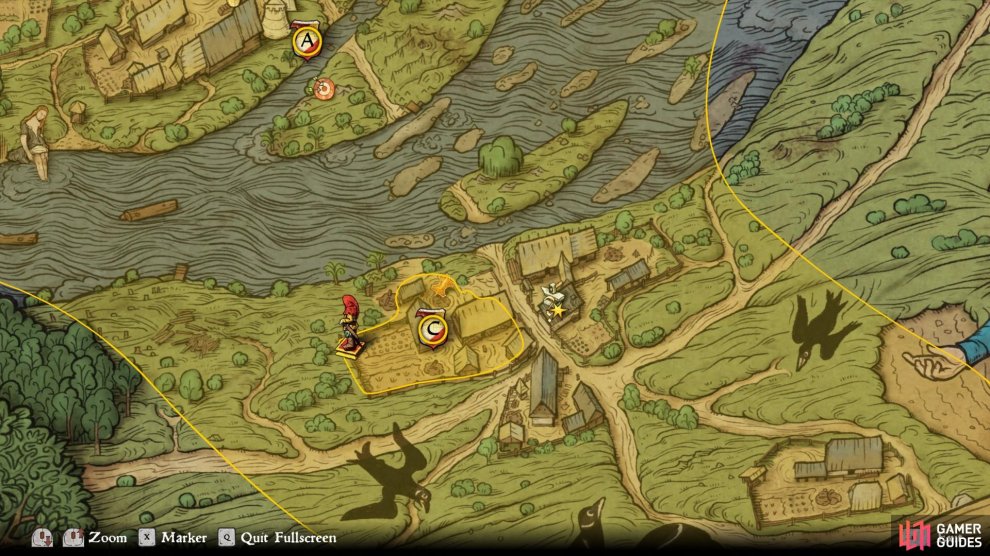 Since you are now closest to the disused mine shaft in the woods to the south west, you can begin by searching there.

Note: If you do not care for exploring each location, you can go straight to the woodcutter's camp. There you will find that Hynek is hiding out in a cave nearby. 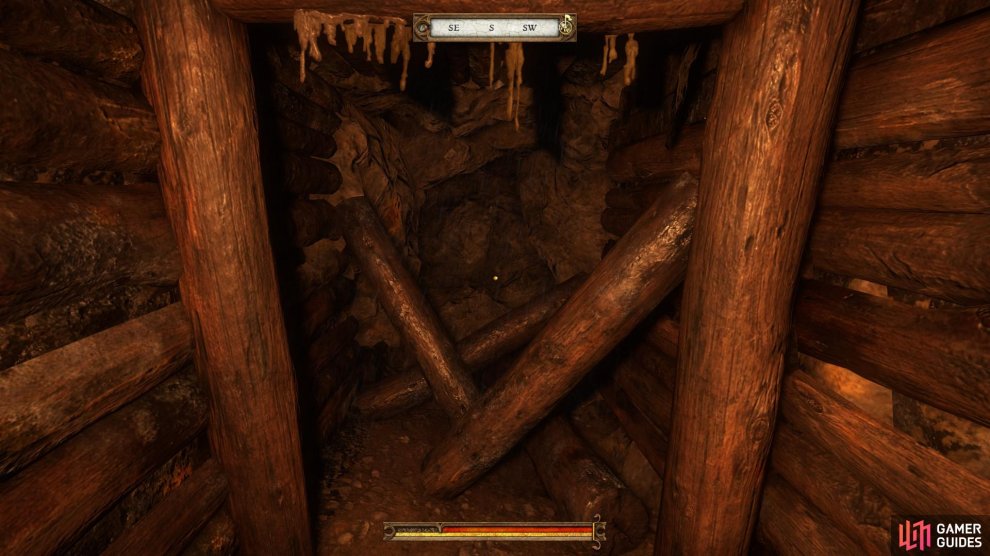 Now you can ride to the mine shaft located on the promontory north west of the southern mine shaft. 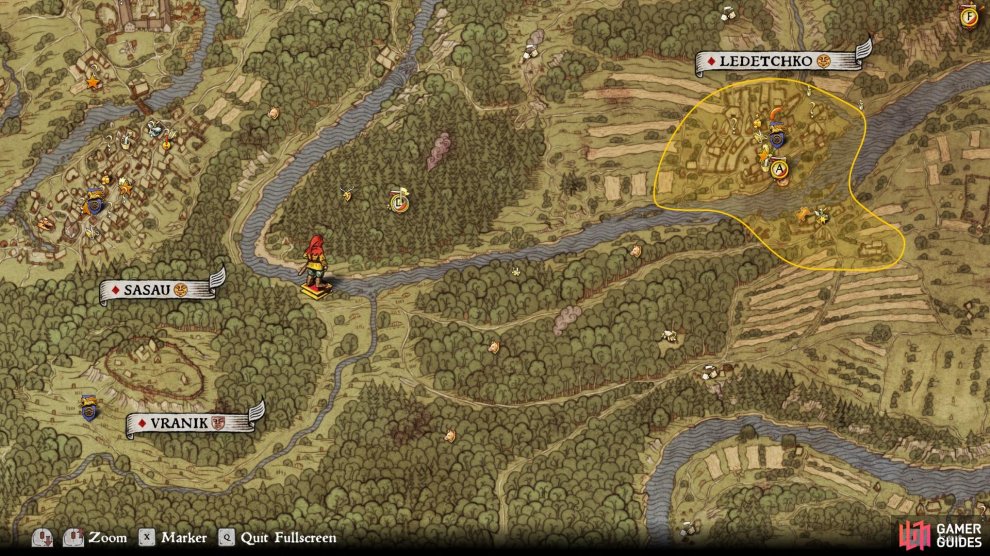 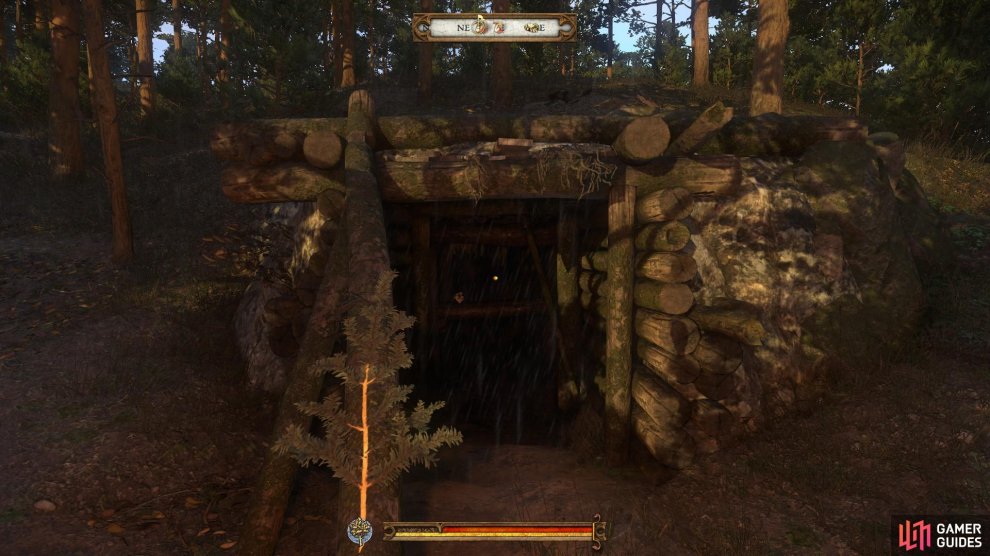 Finally, speak to someone named Raspberry at the woodcutter's camp to learn where to find Hynek's hideout. Follow the path west from the camp toward the stream. 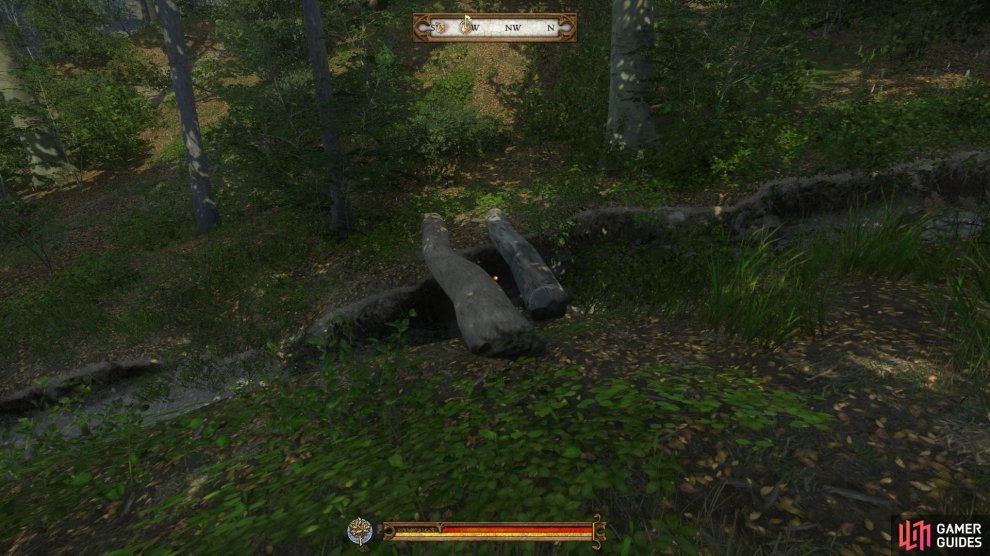 Once you have found the tiny mill, cross the stream and enter a clearing. Hynek's hideout is beyond the shrubbery. 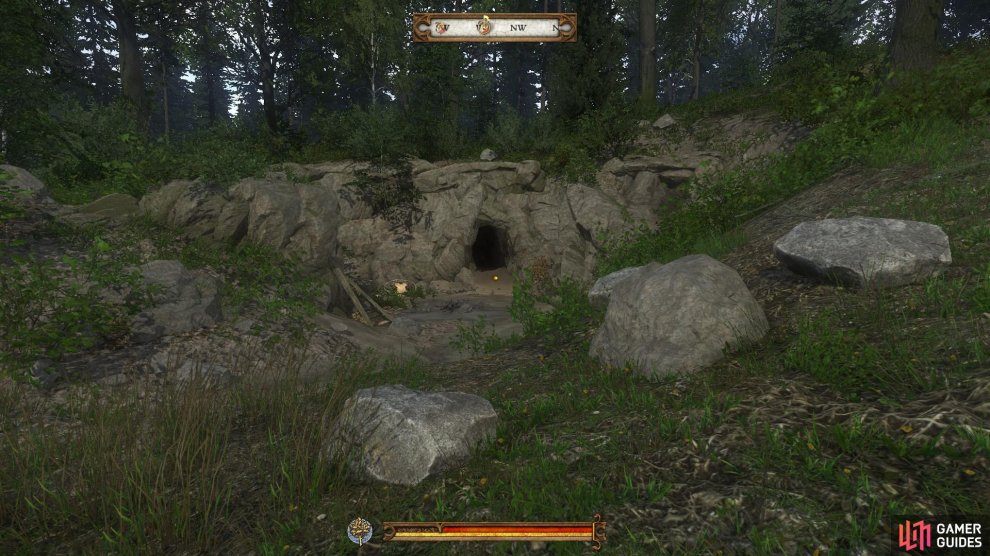 If you made it to the hideout in time you will find Hynek alive and well. If you were too late, he will be dying from wounds inflicted by Runt's men, who evidently found him first. Either way, he will reveal to you that Runt and his gang have a camp somewhere, and the only person who will be able to tell you where it is now is Hynek's accomplice Timmy.