This is a short one. The chapter begins at Talmberg castle, which has been attacked by Istvan Toth. Fight with the others in the outer bailey. 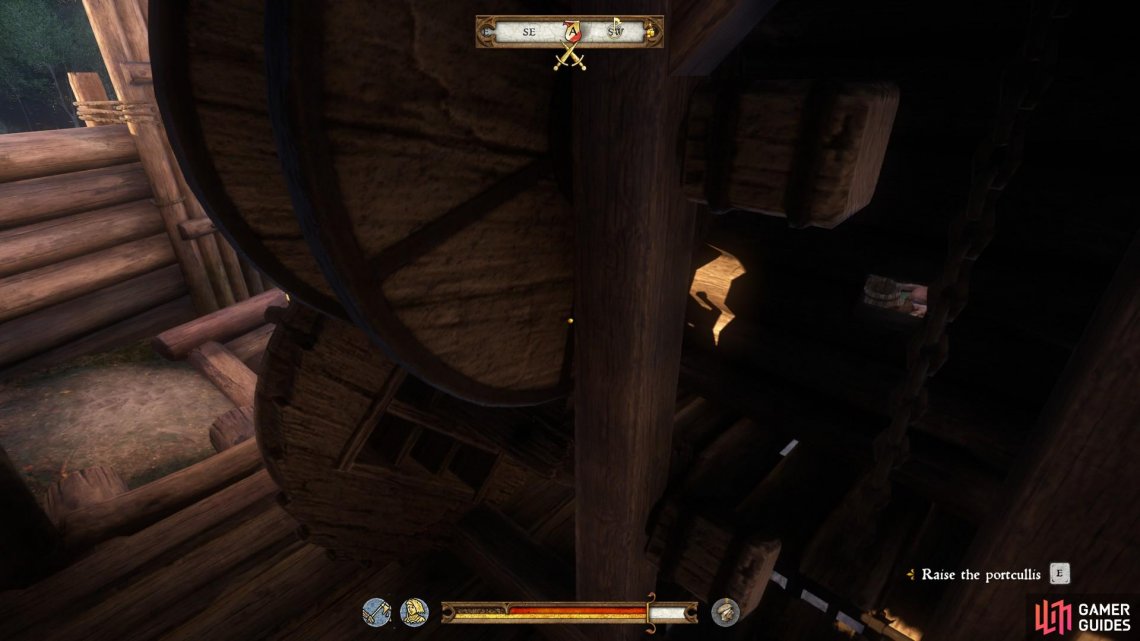 Make your way above the main gate and raise the portcullis, but be ready to fight some bandits along the way.

As you raise the portcullis another cut scene will follow. 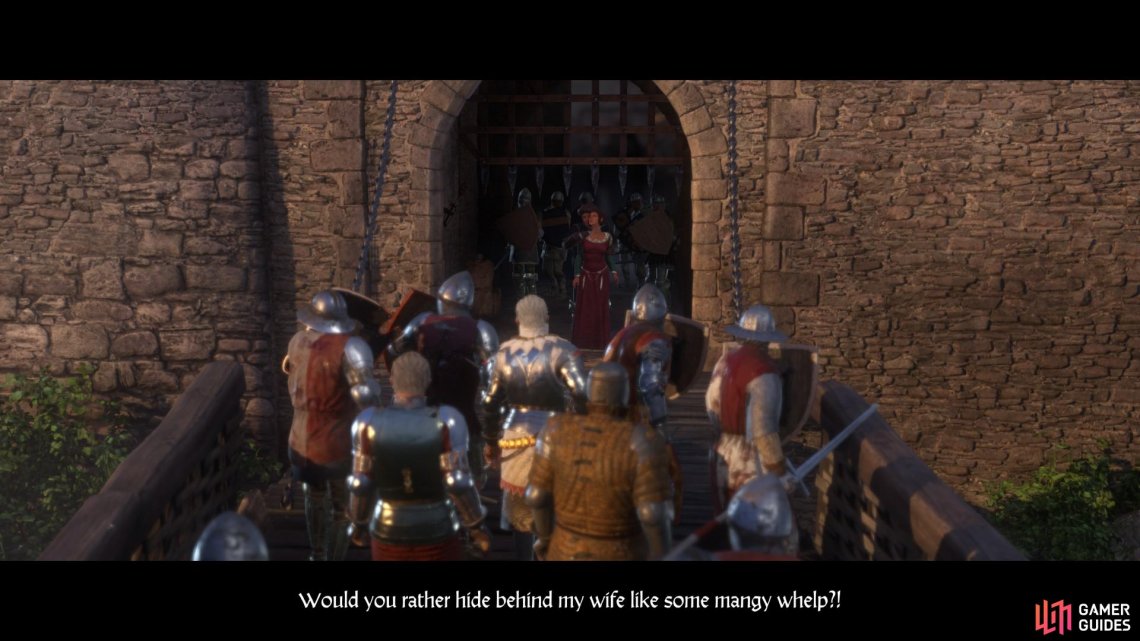 Lady Stephanie and Lord Radzig have been captured by Istvan Toth.

Istvan Toth orders the burining of the outer bailey, and Sir Divish is shot in his sword arm. A retreat follows, and Sir Robard suggests a plan to get Lady Stephanie and Sir Radzig out safely. 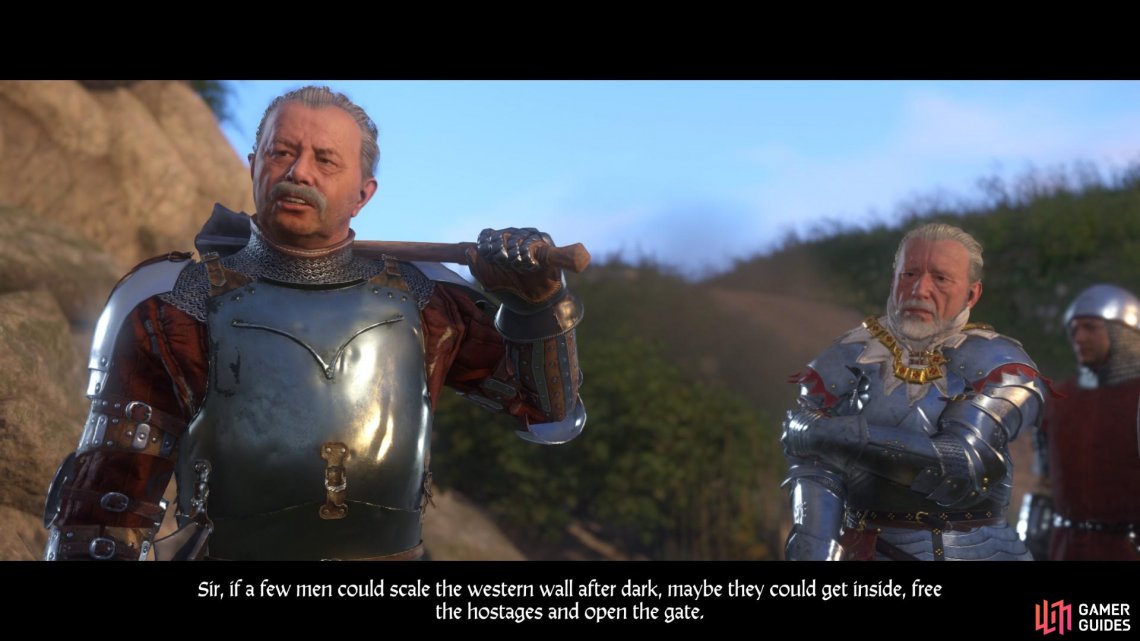 The plan would see that the gates are opened from the inside once Lady Stephanie and Sir Radzig are safely out of the castle. Henry volunteers to be one of those who will attempt to infiltrate the castle at night.