The chapter begins outside the bandit camp of Pribyslavitz. Sir Radzig and Sir Robard have mustered enough men for an assault. Listen to the instruction of Sir Radzig and take the initiative in completing each objective as they arise. 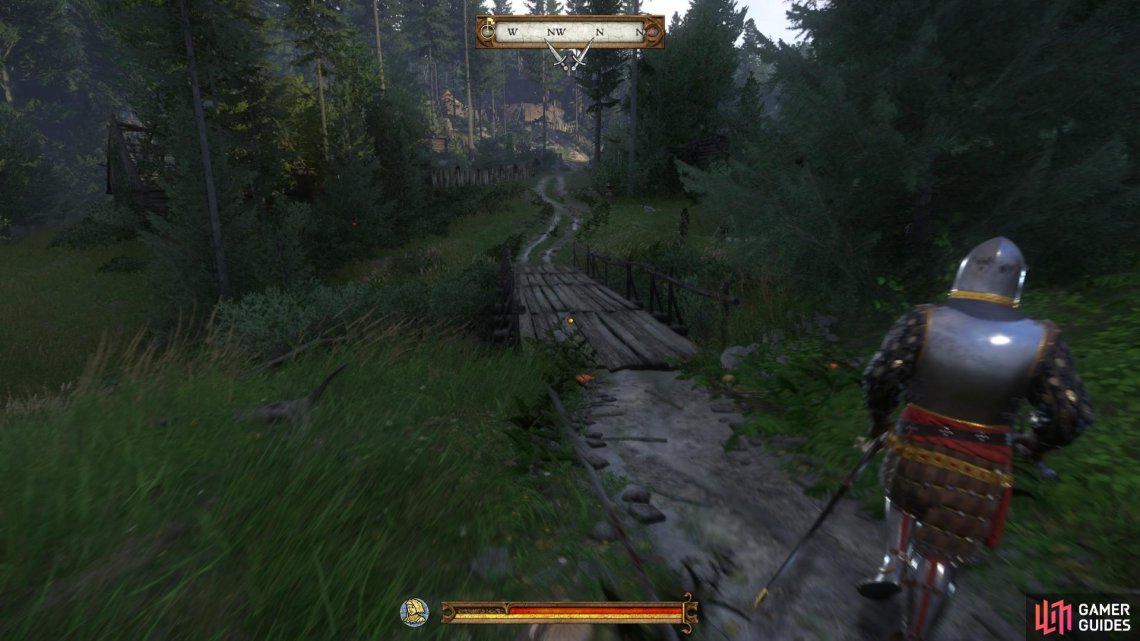 Follow Sir Radzig to the bridge and engage the archers to the right of it in battle.

As you charge the archers to the right of the bridge, a number of bandits will emerge from the foliage in answer to the attack. 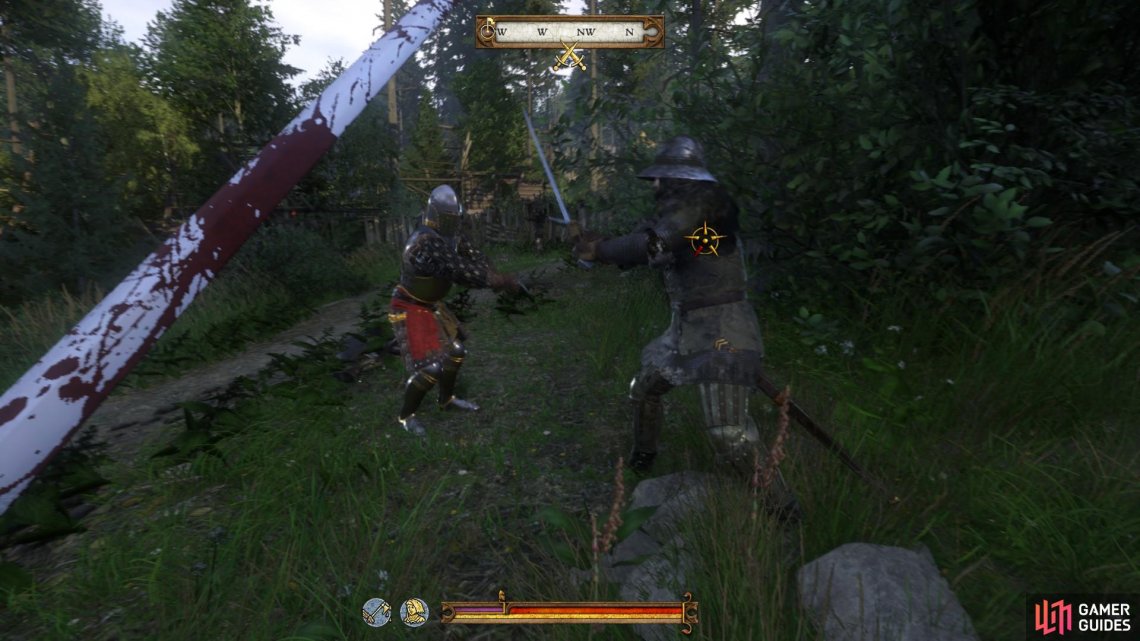 Focus on protecting Sir Radzig whenever you can. If he falls the attack plan goes with him.

Once you have dealt with the counter attack, wait a moment for Sir Radzig to reorganise the troops before charging into the camp. 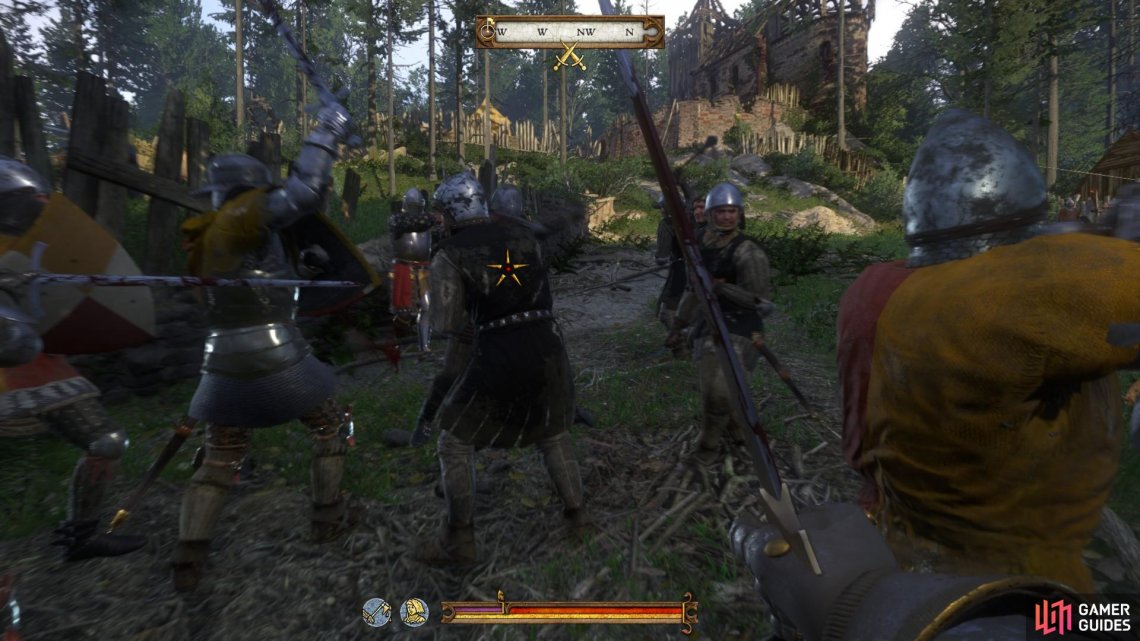 You will be met by another force further up the path into the camp. Stay in formation and be careful not to hit any of your allies in the heat of battle.

When you have defeated the second wave of bandits and Cumans, a cut scene will follow in which a wagon that is blocking entrance to the camp is moved out of the way. 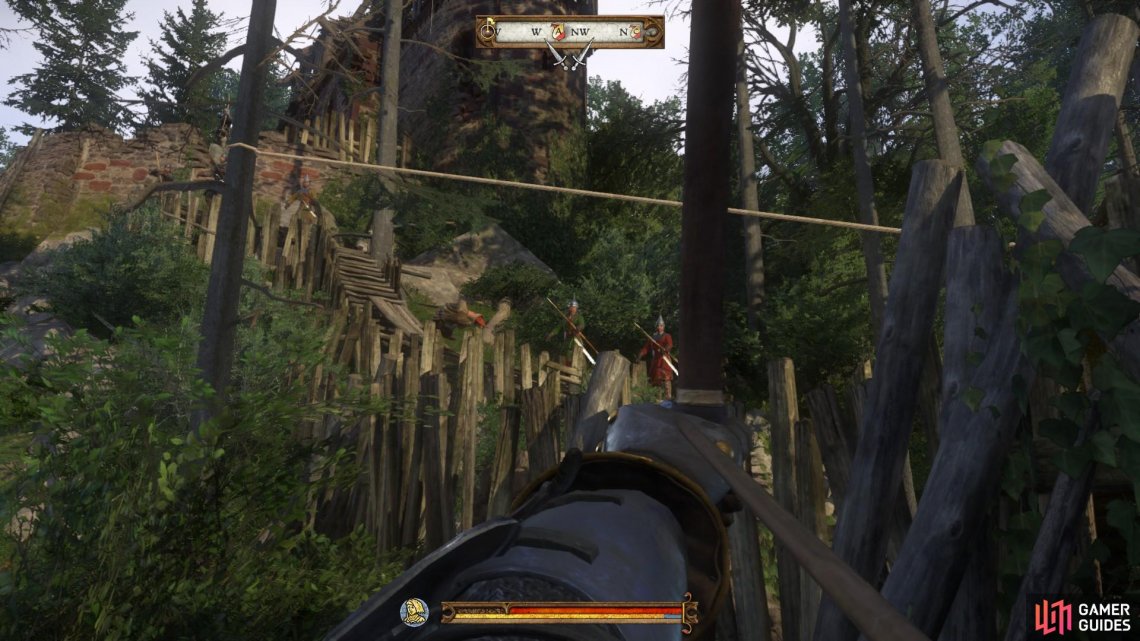 As you enter the camp be sure to deal with the archers on the ramparts to the left of the entrance.

With the archers and the Cuman commander defeated, follow Sir Radzig and fight your way through to the church where the last of the bandits and Cumans are gathered. 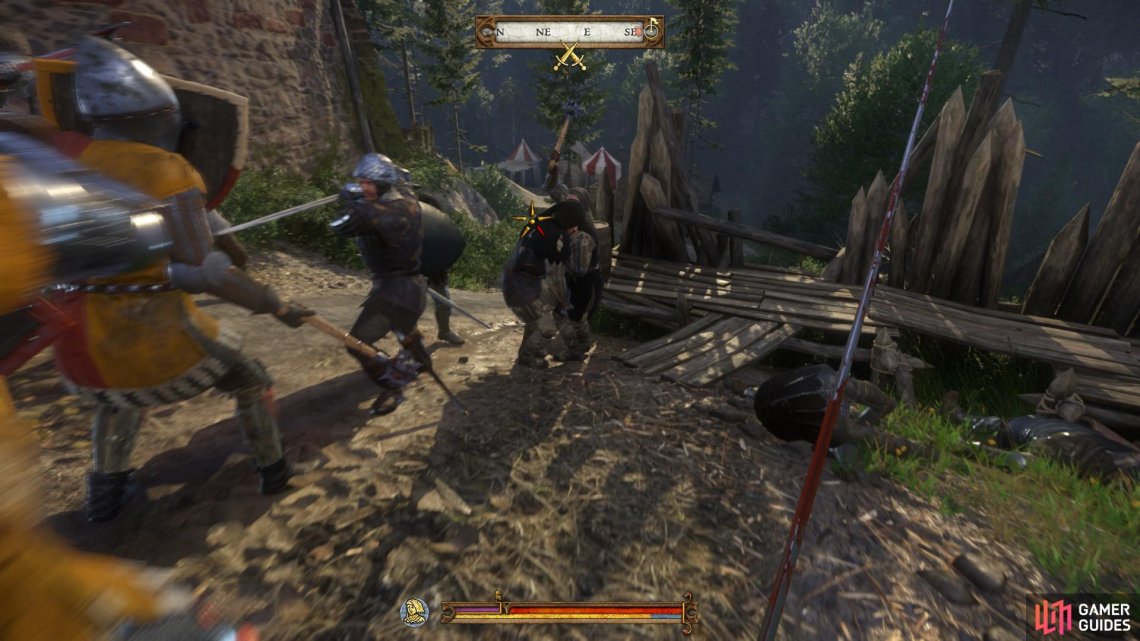 (1 of 2) Fight off the reinforcements coming up from the hill to the right of the gate. 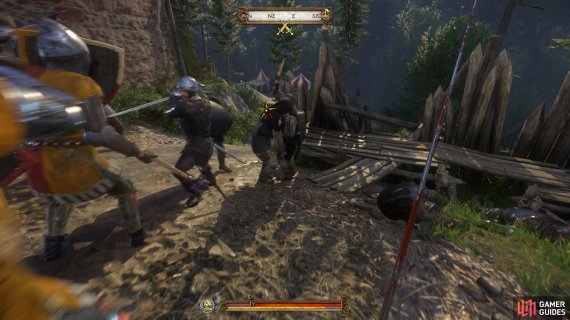 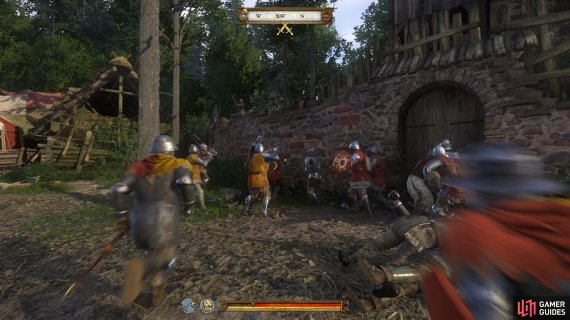 Fight off the reinforcements coming up from the hill to the right of the gate. (left), Defend the troops as they break down the gate to the churchyard with a battering ram. (right) 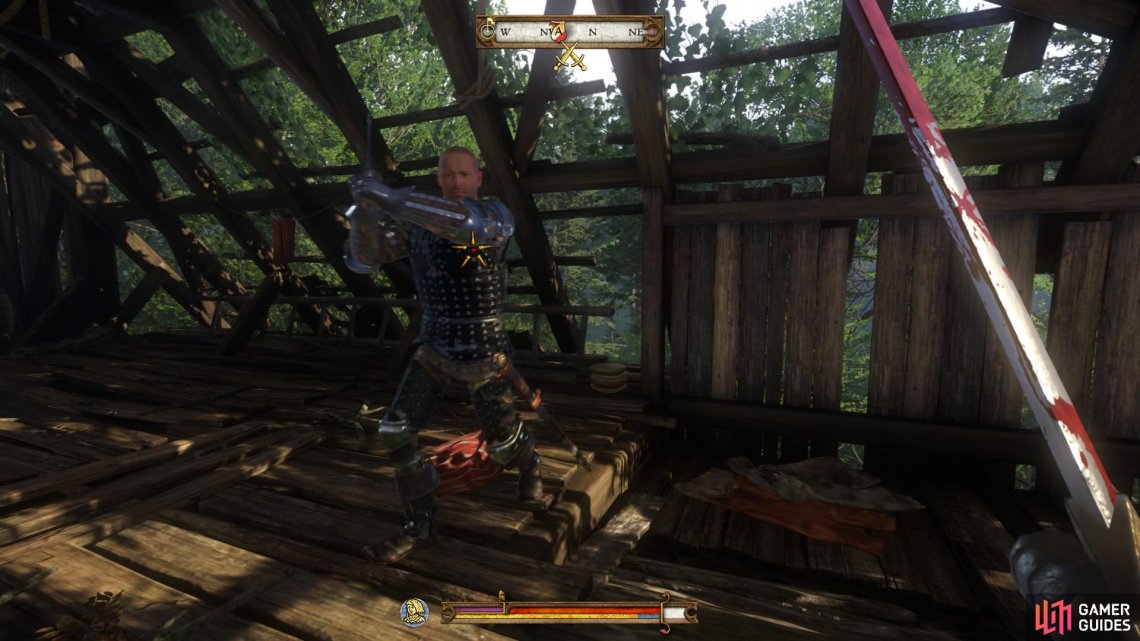 When the gate is broken a cut scene follows in which Henry spots Runt in the heat of battle. After chasing him into the church, it is time to exact revenge.