This is the last leg of Memoria before the final area, and it's relatively short. Continue climbing the stairs past where you encountered Kraken, and move to the next screen. There will be a destroy clock here and in the corner just past it will be a hidden save point. Walk up the stairs and find the doorway right there, passing through it and going to the dead end, where you'll find the Rare Phantom card master. As always, feel free to play a game of Tetra Master if you wish, but the walkthrough will continue. Enter the door at the end of this room, then watch the scene before ascending the ladder.

At the top of this ladder, on the first landing, look in the top left corner to find an item, specifically a Mace of Zeus. This is Vivi's best weapon and will teach him the Doomsday spell, which you might be familiar with, if you've fought Hades and Ozma. If not, then you have to be careful about using it, as Doomsday not only hits the enemy, but your entire party, too. On the opposite side of the same platform, in the corner, will be the final card master, the Dark Phantom. 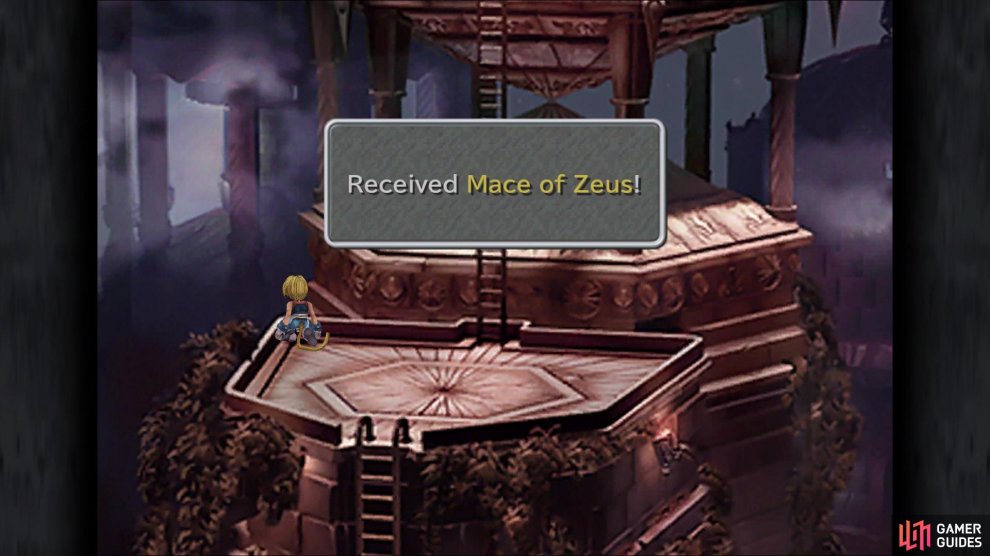 Obtain the Mace of Zeus.

The next boss will be at the top of the next ladder, and as always, you will need to be prepared by doing some equipment checks. Before anything, you want to make sure your levels are a multiple of five, since the boss as LV5 Death. Also, equip your characters with gear that protects against earth, as well as Locomotion and Antibody. You also want to make sure you don't have Return Magic equipped on anyone who has it, since the boss will absorb earth. That's about all you need, so climb the second ladder and approach any of the doors to have the room change, which will also trigger the boss fight.

Lich can be especially annoying, as he tries to pelt you with some ailments, one of which you can't protect against and have to take. He has Stop, but you should have Locomotion on, as well as Venom Powder, which Antibody protects against. The problem comes from Doom, as you can't do anything about it if it manages to land on a character. To make matters worse, Lich's physical attack, Death Cutter, can also inflict Doom on the character it hits. If someone gets Doom on them, prepare ahead of time by prepping a revive, since you will want all of your characters ready for action.

In addition to the above, Lich also has access to Death, which will outright KO a character if it connects. The other skill he has is LV5 Death, KOing anyone who has a level that's a multiple of five, so this can actually be avoided. As far as actual damaging skills, Lich has both Earthquake and Earth Shake, but having earth-protecting equipment on will negate those two; you could also use Float, if you have Dagger or Eiko in your party, but that will need reapplying when it wears off. 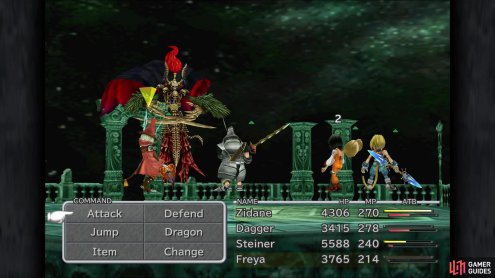 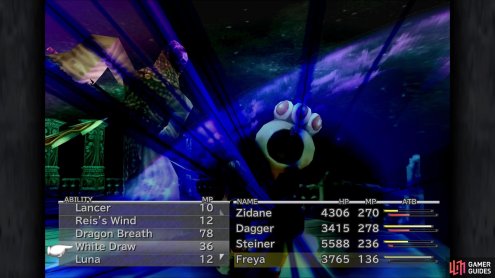 Of course, this fight is a little more complicated than the others, since Lich can actually KO your characters with Doom and Death and there's nothing you can do about those. Outside of that, though, with the proper abilities and equipment, you shouldn't really have any trouble at all with Lich. He takes more damage from wind and holy, so use those if you can, and despite his appearance, healing skills don't actually work on him, as they will actually heal him. If you wish to steal from Lich, he has some Genji Gloves, a Siren's Flute, and a Black Robe.

Excalibur II: If you manage to defeat Lich and reach this room in under 12 hours, then you will be able to find the Excalibur II on the right side. This is Steiner's strongest weapon in the game, although there are no new abilities on it.

When the fight is over, you will be ready to enter the final section of Memoria, the Crystal World.