The game will move back to Dagger and Steiner, who are riding the trolley car. Once it stops and you regain control, head to the right and through the doorway to reach the rest area. Speak to the moogle here, Nazna, and deliver the letter to her from Grimo. Choose the Mognet option again to receive a letter from Nazna to Mochos. Note that if you went all the way back to Gizamaluke's Grotto to hand over the previous Kupo Nut you received, then you will get another one from delivering the letter to Nazna; otherwise, you won't receive a new Kupo Nut. Outside of the moogle, there is a shop at the bottom of the screen, where you might want to pick up a few things.

The Air Racket and Mythril Rod are your two primary purchases, as they offer Dagger some more abilities, with the latter giving access to Life and Silence. Also, feel free to purchase any extra equipment to equip, since you don't have access to everything from the other party. If you're looking for the second round of the Cotton Robe synthesis trick, then stock up on the Steepled Hats here.

Let's continue with the story now, so speak to the NPC behind the counter on the left side of the room. Return to the left side of the station to find Cinna and Marcus, who you might remember from earlier in the game. They will head to the rest area, so go back there and speak to them, then Steiner to get the story moving. Double back to the first screen, walk towards the top of the screen, then enter the car. As Dagger speaks with Marcus, talk to him again and then your trip will be interrupted by Black Waltz 3, forcing you into another boss battle.

The rematch against Black Waltz 3 will function pretty similarly to the previous battle, with one little change in the form of a new spell. That spell is Freeze, which is a status ailment in this game that prevents you from acting and if you're hit with a physical attack, then you will be instantly KO'ed. Like before, Black Waltz 3 will not attack Dagger, but should she be the only one left alive, then he will begin attacking himself, making this battle impossible to lose. Dagger should put Shell on both Steiner and Marcus, then concentrate on keeping the others alive. 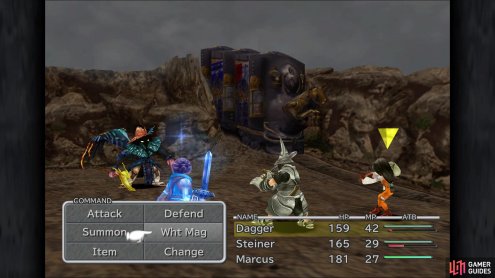 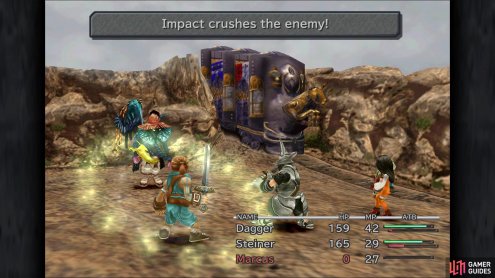 Steiner can do whatever he wants, but you will want Marcus to steal from the crazed mage, as he has a Steepled Hat, Lightning Staff and Flame Staff. You can forgo the Flame Staff, as you will be able to pick one up in Treno, which is the next town you'll be visiting. Overall, it's not a difficult battle and you only prolong it if you try to go after all three items. On the turns that Dagger isn't doing anything, you could have her toss out a physical attack and if her MP is running low, throw an Ether.

After the battle is over, you will get off at Alexandria Station, where you can shop for any battle items you may need. Exit via the top of the screen and at the split, you have a choice to either go left or right. Left will return you to Dali, while right goes to Treno. The only reason you would go back to Dali at this point is to pick up some items, like replenishing your stock of Wrists for the Cotton Robe money trick. Besides that, you can access the chest in the garden area of Dali, which will net you an Elixir. You might also want to pick up some Rods from the shop, as they can be used to make Coral Rings in Treno. You should already have a single Coral Ring from having Freya win the Festival of the Hunt, so you want three more. If not, buy accordingly before you exit the village of Dali. 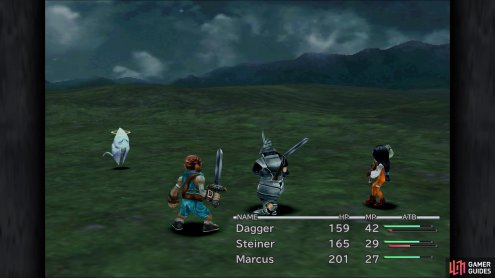 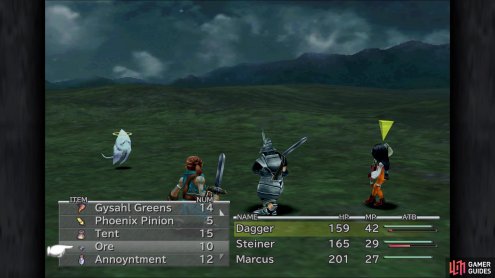 Return to the South Gate, pass through it, and take the right path at the fork. After jumping over the broken bridge, you can find a chest with 1610 Gil in it at the bottom of the stairs. Exit to the right and after passing the gate, you will be back on the world map. Treno is a short ways away, but there's a few things you can do in this section of the map, with the first one being to try and encounter another of those Friendly Monsters. This one is called Ghost and like the previous one, it will ask for an Ore. Hand one over and not only will it give you a Hi-Potion, but you will also receive 10 AP. It is a lot easier to find near Treno.

Note: The Mandragoras in the forest section can be quite dangerous, as they have a move called Chestnut that does damage equal to the difference between their current HP and max HP.

The other point of interest is Quan's Dwelling, which is nestled in the mountains past the forest in this area.

The main point of going here, as it's primarily used for a side quest later on in the game, is to pick up a single item. Thankfully, you won't encounter any enemies while inside Quan's Dwelling, so that's always a plus. Once inside, follow the path forward and when you see the chest off to your right, go ahead and open it for an Ether. Head behind the large pillar near the northern opening and there will be a rope you can slide down on the left side. There will be another chest down here (Ether), plus you can use the hot spring to restore your HP/MP. Search the southern edge of the screen, not too far from the chest, to find a hidden item, the Scorpio Stellazzio. 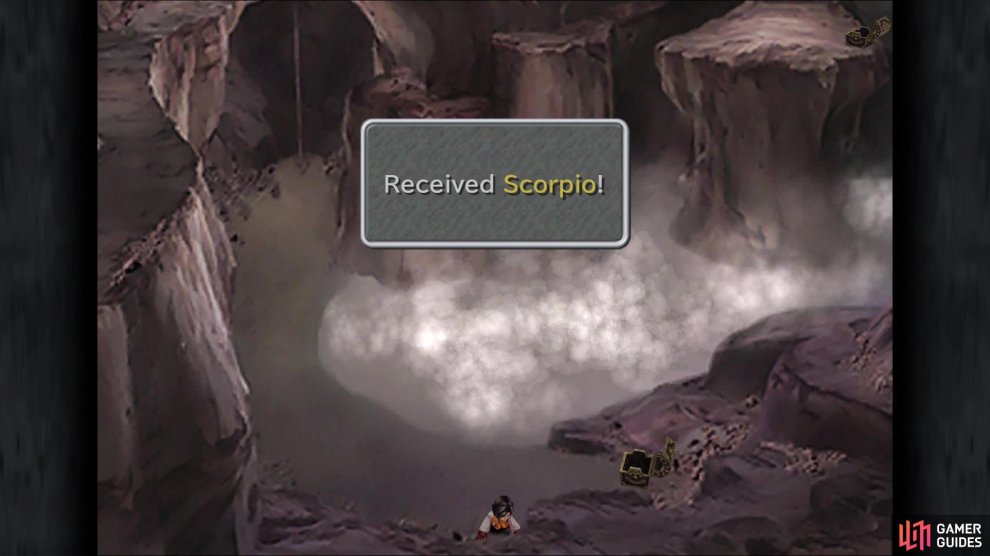 Return up top and head through that opening now to find a small room with a ladder. Climb said ladder and you'll find another Ether at the top of it. There's another small area through the opening to your right, but there's nothing there to see, so that about sums up the exploration portion. Exit the dwelling to get back to the world map, then make the trek to the large city you passed, which is Treno.