How to make a Tank in New World.

What Weapons can a Tank use?¶

There are 12 weapons in New World and although there are no set rules, there are specific weapons that are built with Tanking in mind. Certain weapons have abilities that, when augmented with a Carnelian Gem, will add a Taunt modifier to them, allowing you to generate Threat over other players. With that in mind, the following weapons are ones that are designed with abilities that can be modified.

Perhaps the most defensive Tank based weapon out of the entire arsenal, you’ll be able to use a Shield to really soak up damage from your foes. Sword and Shield has two abilities in the Defender tree that can generate threat with a Carnelian Gem, Shield Bash and Defiant Stance.

Shield Bash will stun enemies and generate threat which is a fantastic combo. Purchase the perks for it, and you’ll increase the damage and threat even further, additionally, you can hit multiple targets with it if they’re bunched up.

Defiant Stance is the go-to ability for taunting all of the enemies in a radius around you. Once you have the Carnelian Gem slotted, it can taunt up to 8m away from you while also increased your defense by a possible 50% and restoring Health once the effect wears off.

Like the Sword and Shield, you’ll find an ability that can gain the Taunt modifier and you should consider using either this or the Great Axe when using the Sword and Shield. Many of the Warhammer’s abilities are great for crowd control and especially in PvP, where you can really lock down your targets.

Shockwave is the only ability that can have the Taunt modifier, but it’s one of the better ones in the game. You will slam the hammer into the ground and dealing Stun, Taunt and Weaken to targets in a 4m radius. This can be modified further with the Prevailing Spirit perk that will convert 35% of the damage dealt to health restored when using any abilities in that tree.

The third and final weapon of the Tank’s main arsenal, the Great Axe is one of the strongest hitting weapons in the game. Like with the Warhammer, it’s a nice weapon to pair with the Sword and Shield if you’re looking to main tank. If you want to be more of an off tank however, pair this with the Warhammer for some serious damage.

Reap is the sole ability that can have the Taunt modifier but it’s a devastating ability that makes it one of the more favorable ones in the game, be it for PvE or PvP. When used, it will pull enemies toward you from a range of up to a possible 8m and can be modified to even heal yourself for 30% of the damage done by the ability.

Hatchet is another excellent weapon to be paired with one of the three main weapons above. It’s not as useful as holding threat as the others, but it has some excellent abilities to switch over to when tanking. It’s not suggested to use as your main weapon when playing as a Tank, but used effectively, it can form a deadly combo. The final perk in the tree, Death Defy, is also a valuable survivability tool that can make the difference between beating a boss or wiping.

Berserk is the ability that can have a Taunt modifier on it and when used, will taunt all enemies within a 8m radius. What makes Berserk even more useful is that it grants many other benefits on top of that such as an increase in all attack damage by 20%, faster movement speed, health restoration, crowd control effect removal and even make it so you can’t be staggered. All to say, Berserk is one of the better buffs in the game and the primary reason to make Hatchet an interesting choice as a Tank.

There are two more weapons that feature a single Taunt ability, the Spear and the Rapier. For the Spear, you can modify Vault Kick and it acts similar to Shield Bash with a little more range. The Rapier can modify the Riposte ability and if you learn the timing, this can be an effective method to Tank, especially in PvP.

Both of these weapons should only be your secondary weapon if you’re considering them and for the most part, both weapons work better as a DPS weapon, but the option remains there if you really become a fan of their playstyle.

You may have read above about Carnelian Gems and adding Taunt modifiers, this is the minimum requirement for any Tank as it’s the only way your abilities will gain the chance to Taunt. Gems can be hard to come by, you’ll find them in Ore Deposits but they have a rare chance to drop. If you’re looking to increase that chance, look for the Mining Luck Perk or eat the Roasted Potatoes food you can create at a Kitchen. Alternatively, you can also obtain these Gems from chests, especially in Expeditions or you can simply purchase them from a Trading Post although expect to pay at least 200-300 Gold per one.

Just having the Gem isn’t enough however, you’ll need to cut it first at a Stonecutting Table and you’ll need a Skill Level of 25 to cut the lowest Tier. This can be achieved easily by heading out into the wild and gathering Stone from Boulders. Higher Tiers of Gems need higher Skill Levels and additional materials such as Fire Wisps (created at the Arcane Repository) to Cut.

Once you have a Cut Carnelian of any Tier, you’ll then need to ensure you have at least a Rare (blue) piece of equipment with a socket in it. If you’re looking to Tank the first Expedition (Amrine Excavation in Windsward) then your Faction shop will have gear with sockets in it at Level 20, be sure to purchase them before heading in.

It goes without saying, but you’ll want to ensure you’re wearing a full set of Heavy Armor if you’re main tanking. With so many enemies attacking you at once, you want every bit of mitigation you can get your hands on and Heavy Armor is the one for that. Despite only having a short dodge with this weight limit, this can be useful at times to dodge an attack from an enemy so don’t completely neglect it.

The final part of making a Tank comes down to the essential items you’ll need. At a bare minimum, you’ll want to ensure you have plenty of Health Potions on hand, along with keeping a food buff on. If you’ve not leveled the Cooking Skill at all, then simple Rations are better than nothing early on, but you’ll want to make sure you have either Constitution or Strength food when going into Expeditions and Wars so be sure to check the Trading Post if you lack the means to create them yourself. 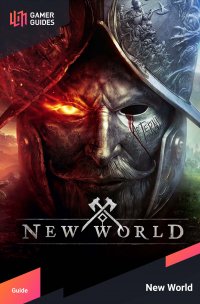