We have just come across our first independent area. If you have the Knight in your team, the narrator will usually discuss something related to them, head to the pit with fire shooting out and use his special ability (Triangle/X) to safely drop down the shaft. Now, head left to meet the King for your quest. Head right and approach the gate, which will open, and then climb the rope and ladders to meet the Princess. Now, go back down and head right to progress further into the tunnel.

Climb down the rope and head right up another rope and then all the way up the ladder, ignoring the area to the right as the guard will kill you. You can see the Dragon Gate Key just on the other side of the gate, but you are unable to reach it.

Drop down the flaming pit using the knight’s special ability (left). After speaking to the King and the Princess, continue into the tower (right).

If you have the Time Traveler or the Monk you can easily get the key with their special abilities, but I am going to assume you do not.

Use the knight’s special ability on the lift and have an ally lower him to distract the guard.

Take the key with your ally and head down the right side of the cavern to find the Dragon Gate and unlock it. Instead of heading inside, drop down the ladder and across the pits of spikes to find another Cave Painting . Now return them to the Dragon Gate and switch to the Knight.

Use the Dragon Gate Key to open the gate (left). Check the lower passage beneath the dragon;s lair for a Cave Painting (right).

Use the knight’s special ability to distract the dragon (left) whilst an ally steals his treasure. Return to the Princess’s Room in the keep for the Bloody Amulet (right).

Enter the king’s chamber and grab Excalibur . Unfortunately, the knight is too weak and will need to cheat to get Excalibur. Go back into the tower and find the Crate of Dynamite and grab a stick. Head back down and follow the dragon signs until your see the four skull sign and follow it all the way left for a Cave Painting .

Grab a stick of dynamite from the tower (left) and head for the tunnel beneath the Excalibur room. Check out he far left of this tunnel for a Cave Painting (right).

Now, notice the loose rocks above the crypt with Excalibur directly above? Well, you need to light the dynamite and drop it just below to release Excalibur. Now return and pull it from the stone.

Completed the Knight's side-area.  (Xbox only)

If you follow the king back to the princess’ chamber you will gain the trophy/achievement Royal Buffet.

Spied a King, eaten by a Dragon.

Exit through the king’s chamber and continue. 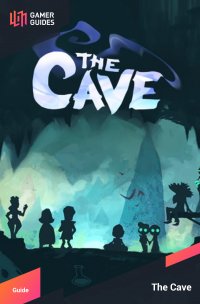