You’re given Medallions at the end of each mission. Medallions allow you to unlock new Gauntlets (which means more Missions obviously). There’s 5 types of Medallions and you get them in the same way in every Mission, so make sure to get all 5 of them in one go. 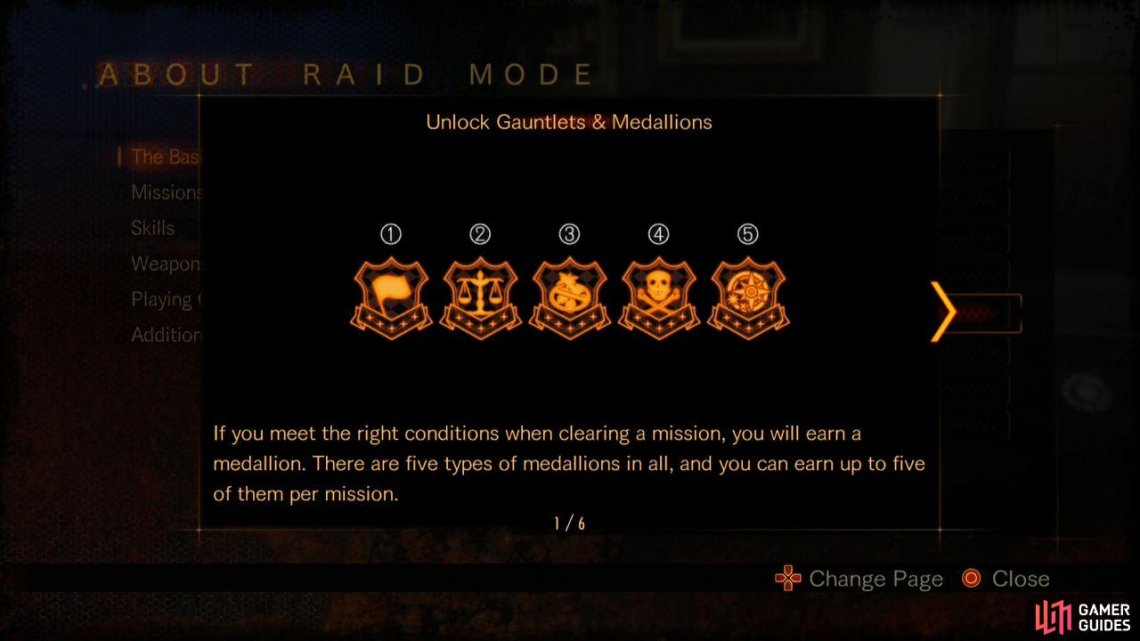 The five types of medallions for the missions. Explanation below.

Set between Resident Evil 5 and Resident Evil 6 and six years after the original Resident Evil Revelations, Claire Redfield makes a comeback as one of the protagonists of Resident Evil Revelations 2. Along with Barry Burton, former S.T.A.R.S. member, his daughter Moira Burton and a survivor of the previous game Natalia Korda. Control all 4 characters. 2 pairs of heroes, 2 stories. Follow Claire and Moira who have limited ammo and try to investigate the mysterious Tower while Barry and Natalia approach it in search of them. Does it have any relation to previous Resident Evils? Just who is behind the attack in the island?