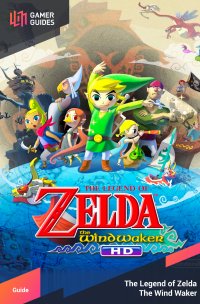 Set hundreds of years after the events of Ocarina of Time, The Wind Waker finds the hero Link in a sea scattered with 49 islands, which necessitates frequent sailing and naval combat. Link lives with his grandmother and younger sister Aryll on Outset Island, one of the few inhabited islands in the Great Sea. The people of the Great Sea pass down a legend of a prosperous kingdom with a hidden golden power. An evil man found and stole this power, using it to spread darkness until a young boy dressed in green sealed the evil with the Blade of Evil's Bane. The boy became known as the Hero of Time and passed into legend. One day the sealed evil began to return, but the Hero of Time did not reappear. The inhabitants of the Great Sea are unsure of the kingdom's fate, but it is clear that this legend is the story of Ocarina of Time where the Hero of Time, Link, fought Ganondorf. Can you emerge as the new Hero of Time?

Join us for this adventure with Link as we: