There are a number of collectibles to gather in Kao the Kangaroo, with Scrolls being one of them. Scrolls will give you some lore to read about the game’s world, such as the characters and enemies you come across. This page will detail the Scroll you find in Walt’s Dojo.

The Scroll will not come until later in the level, after you get your new gloves and meet up with Walt. After the cutscene with him finishes, you will have to to punch a mushroom-like button on the wall to open a gate. Continue on from there and there will be another button to punch, with this one making a platform rise out of the water. Once you stand on this platform, look at the large rocks on the one side of the area, which will have a wooden barrier behind it. If you look closely, though, you will notice that one of the sections doesn’t have a boulder in front of it.

(1 of 2) You can roll under this wooden fence here

You can roll under this wooden fence here (left), to access a hidden area with the level's Scroll (right)

Head on over to that piece of the wooden barrier and look for the gap on the bottom. Of course, being the tutorial level of the game, you will need to roll underneath the wooden barrier. This will place you in a small area with a little platform in the middle of it. A tutorial crab will be on this small platform, as well as the Scroll (the tutorial mentions Scrolls). 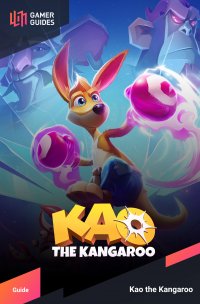