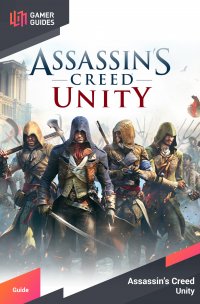 The story continues with Arno Dorian, a French nobleman raised by the Templar Grand Master, Francois De La Serre. After the death of his father, an Assassin, De La Serre adopts Arno and raises him as his own son, alongside his daughter Elise. Thirteen years later, on the eve of Elies's induction into the Templar Order, De La Serre is murdered and Arno is jailed in the Bastille as the culprit. Vowing to track down the killer of the man who raised him, Arno finds himself joining the Assassin Brotherhood and following a trail of corruption that goes much deeper than every imagined.

Join us as we scour every aspect of this massive game including the following: