When it comes time to get truly creative in Minecraft you’ll need to look into the Redstone Circuit. Want to tie a button to a door? Redstone. Want to create a trapdoor? Redstone. Elevator? Tricky but yes, Redstone.

So how does one go about making a circuit? Were you awake during science classes at school? Because that knowledge might come in handy now.

The basic components of a Redstone Circuit are as follows: 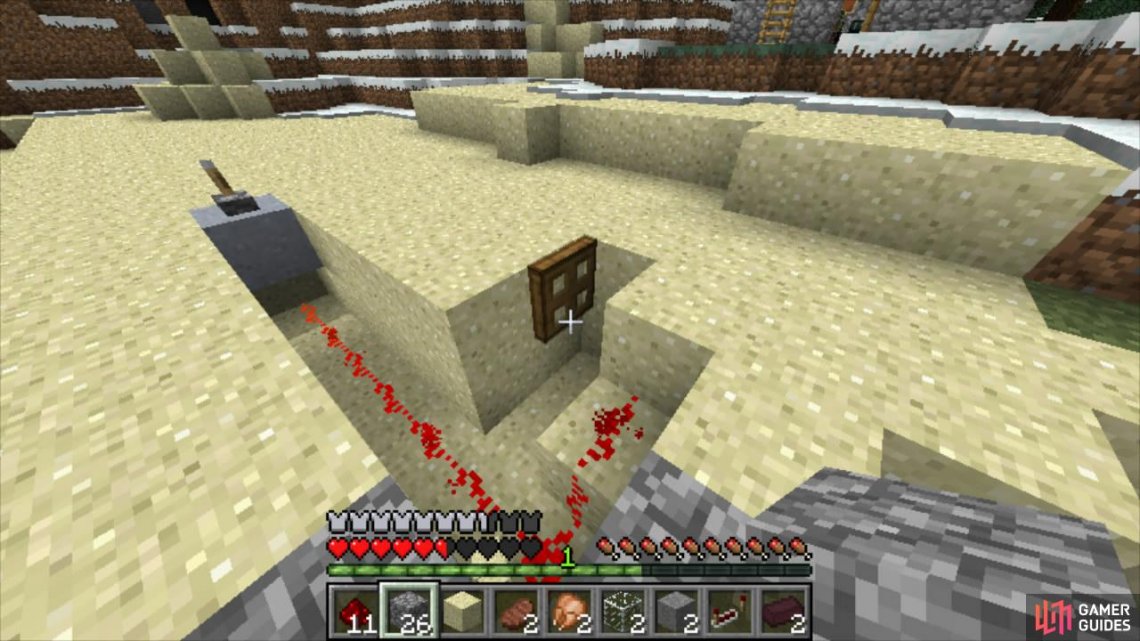 A basic Redstone Circuit (lever, wire, trapdoor) that could be effectively camouflaged with a wall placed block over the wire that is connected to the trap.

Where the Wire can sit to accept and pass on a current is a trick that is best learned through experimentation. Rules of thumb; An input will pass a signal to the block below and to its immediately adjacent blocks. A gadget will accept a signal from a wire pointing at it or pointing at the block the gadget is sitting upon. A wire will transfer a minor current to adjacent squares even if it is sitting horizontally to the gadget. The only way to ‘send’ current vertically is via Redstone Torch. Experiment, you’ll get it.

There are untold depths to creating circuits. Redstone Repeaters and Comparators provide two distinct ways to boost signals and create delays in the transition, for instance, and through clever use of items like this you can even make working clocks within the world of Minecraft!