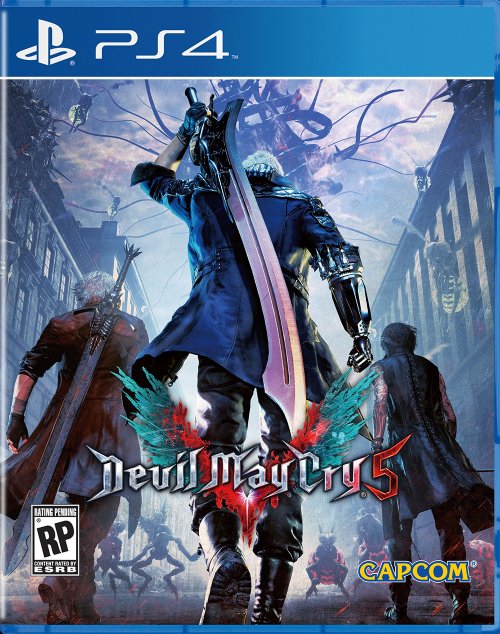 Reviewed on the 13th of July 2019 by Jarrod Garripoli

It had been ten years, at least, since the release of the last main entry in the Devil May Cry franchise, as we saw Devil May Cry 4 release in 2008 on the Playstation 3 and Xbox 360. Of course, Capcom had tried to reboot the series with DmC: Devil May Cry and while it was a fun game, some of the fans weren't sated with that title. Fast forward to 2018, where Devil May Cry 5 was announced at E3 and fans rejoiced, as it seems to be returning to the series' roots. As more info was released, fans became more hyped for the newest entry, especially as it would allow you to play as three characters: Nero, Dante and a newcomer, V.

Taking place after the events of Devil May Cry 4, something strange started happening in Red Grave City, as a gigantic tree erupts from the ground and starts attacking the people of the town, draining their blood. This leads to Nero joining in the action, alongside his partner, Nico, as they are in charge of the demon-hunting business called Devil May Cry, a mobile version of the business Dante started. Meanwhile, Dante is given a new job to help defeat a strong demon named Urizen, who seems to be the one causing trouble in the city. While not exactly groundbreaking, the story in DMC5 does move things along and is more of the normal plot seen in the series. 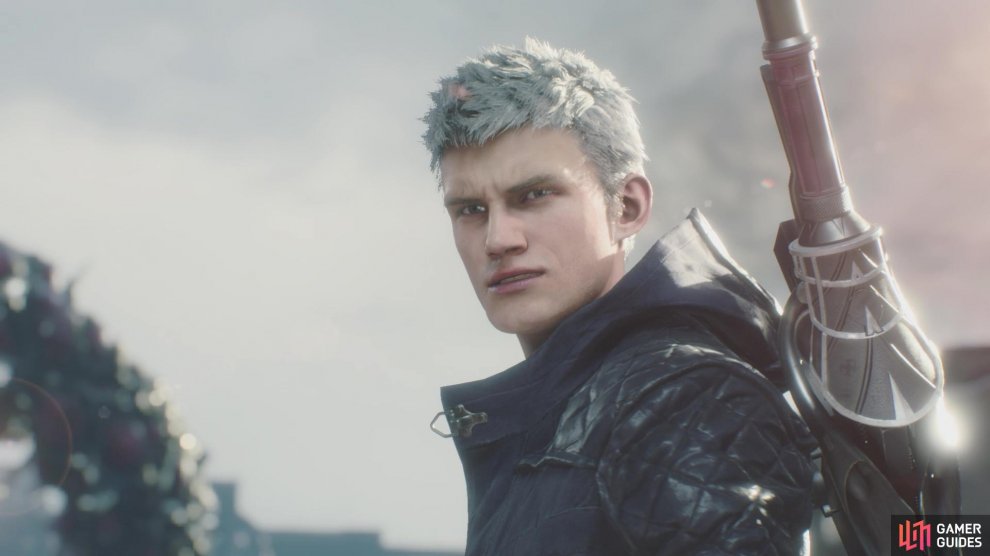 The character models are absolutely gorgeous, especially up close.

Despite the lackluster story, DMC5 looks absolutely spectacular, sporting the RE Engine that was developed for Resident Evil 7. You can see incredible detail in the various character models and the game holds up extremely well, especially considering all of the action that goes down in battles. This detail on the characters is especially shown when you see their faces up close in the various scenes throughout the game. Despite all of this, though, the environments in DMC5 leave you wanting more from them. There is a distinct lack of variety in the environments, as you will be looking at a similar palette throughout your adventure.

Of course, the main draw of any DMC game will always be the action and this entry into the demon-killing series delivers on that with about every aspect. As previously mentioned, you have access to three different characters in the game: Nero, Dante and a new character, V. As you progress through the main missions, you will find that each protagonist is assigned to a specific mission, so you aren't able to choose who you play as for that particular mission (there are a few missions where you can pick your character, though). Despite a few similarities with Nero and Dante, they play very differently and V offers a completely different playstyle over those two.

Those familiar with the series will know that DMC is known for its stylish combat and DMC5 is no stranger to that. Every character has access to a melee attack and a ranged one, assigned to different buttons. Every character also had access to their own style, like Nero being able to use his mechanical arm to grab enemies and for other functions. Dante still has his variety of melee and ranged weapons like in the previous games, as well as four different styles that complement those. The outlier here is V, who fights using familiars, instead of interacting directly with enemies. The only problem with V is that these familiars can't defeat the enemies, as he needs to use his cane to deliver the final blow. All of the characters are able to unlock more skills with the Red Orbs obtained during missions (the game's currency). 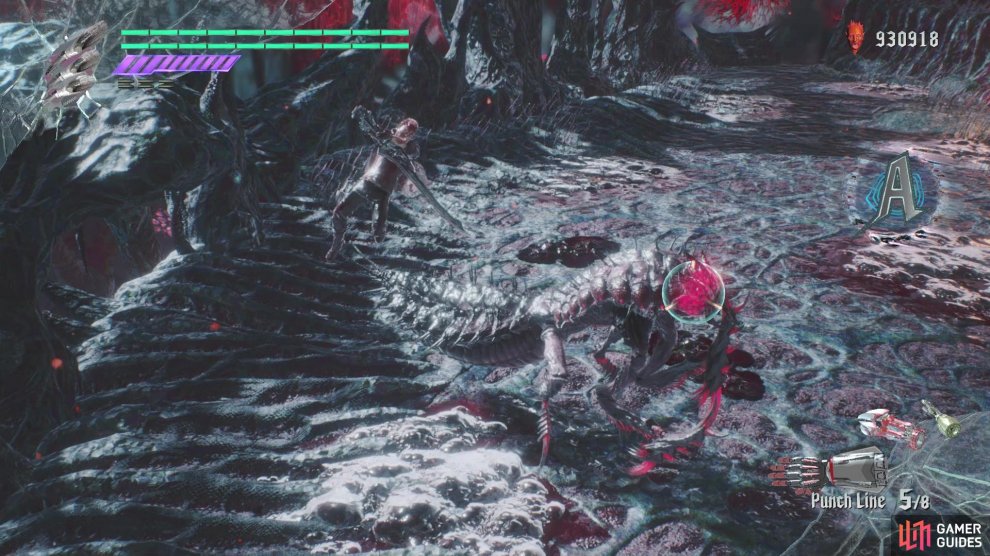 Once you get used to the combat, you will definitely feel like a badass.

One of the bigger problems with DMC5 is the fact that you are restricted to specific characters during missions. While this may not be a bad thing on a first playthrough, doing the same thing on subsequent playthroughs can lead to a bit of boredom, although higher difficulties try to spice things up by adding harder enemies into the fray in earlier missions. Capcom should have added an option to unlock the ability to use any character on any mission, once you've completed either a particular mission or all of the difficulties. This lack of options extends to The Void, an arena where you can practice fighting the normal enemies encountered during the game. Being able to practice against the bosses would have been a welcome inclusion.

Going on to replayability, DMC5 does have some of that, which comes in the form of harder difficulties. Upon starting the game, you only have two difficulties available to you, with the rest of them requiring you to unlock them. While the first two are the same, with the only differences being enemy health and strength, the latter ones do offer a few new things. Starting with Son of Sparda, you will start getting enemies that appear in earlier missions that were introduced in later ones on the lesser difficulties. Other than some bragging rights, a bare minimum of unlockables and some trophies/achievements, there isn't really any incentive to playing on the higher difficulties, though.

Devil May Cry 5 is the action game that fans of the series have wanted since the fourth entry dropped over 10 years ago. Offering more options for combat and the ability to practice against enemies, you'll be pulling off stylish combos in no time. Anyone looking for that over-the-top action game needs to look no further than this title.

Jarrod started writing walkthroughs for games in 2002, and has been playing games since he was three years old, on the original NES. He is a huge fan of JRPGs and platformers, with Chrono Trigger being one of his top games of all time. Other hobbies include doing puzzles and listening to music.