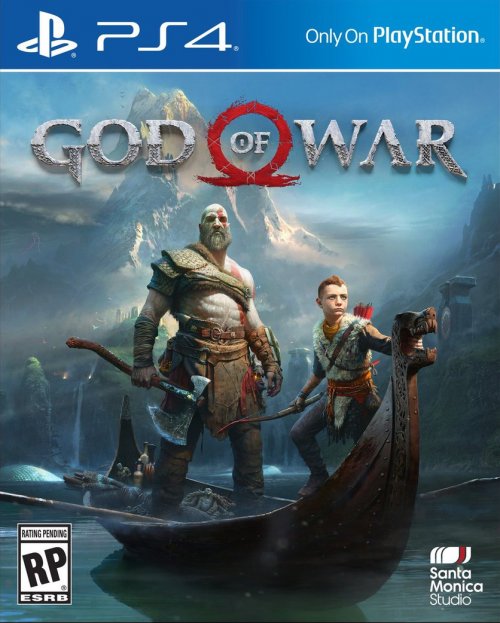 Five years have passed since God of War last graced our consoles and God of War Ascension was seen as more of a side game. Indeed, it’s been eight years since God of War III and Kratos’ thrilling conclusion with the Greek pantheon. Some time has passed since that climatic battle and Kratos now finds himself in the lands of Norse mythology with a son in tow. Stranger in a foreign land, Kratos takes up a new arm, the Leviathan Axe, to replace his iconic blades and with it, a new combat system.It’s a bold move to shake up a series and character that is already loved by so many fans and one that could forever tarnish a winning combination. Thankfully, the gamble seems to have paid off as God of War is the perfect evolution for not only the game but Kratos’ admittedly one note, revenge hungry character.

The game begins with the mourning of his lover before thrusting you on a journey to honour her dying wishes. Along the way, Kratos has to teach his son the harsh realities of the outside world as you help him become a warrior himself. The bond between father and son is exceptional and delivered in a believable way, by the journey’s end you’ll find yourself really come to care about Atreus and Kratos. There’s a colourful cast of characters to meet as you delve into Norse mythology not to mention all of the beasts you’ll tackle along your journey, it really does feel like a new and much needed beginning for the God of War series. The world of Midgard and the surrounding realms are stunning to both look at and explore and there’s lots of content packed into them as you make your journey. This is aided by the fantastic design of all the creatures you come across, all of which are designed with breath-taking detail and there’s enough variation there to stop you from getting tired of seeing the same beast over and over. It is recommended to play through the other God of Wars or at least have some knowledge of them, even if this is a new beginning as there’s many hints and nods to Kratos’ past adventures that really elevates the story to greater heights. 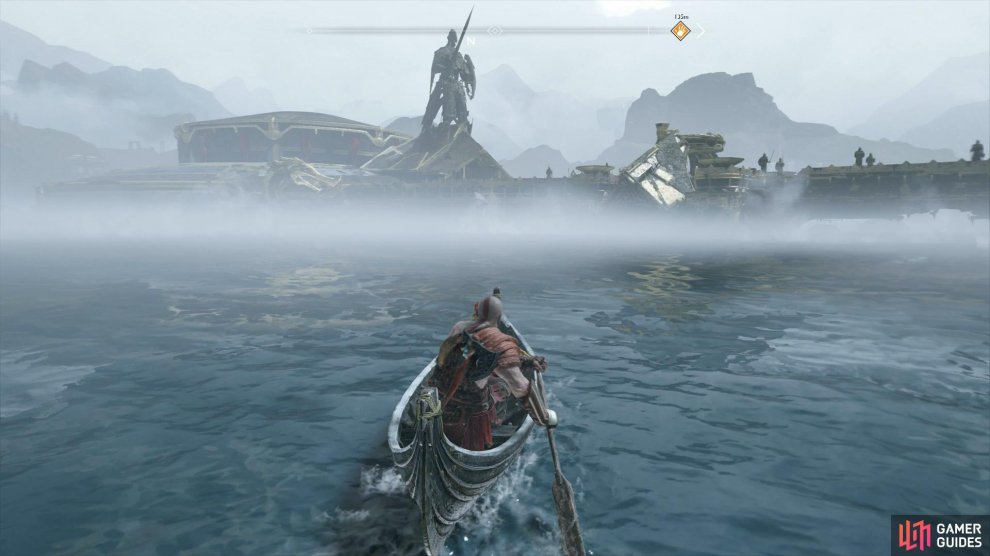 The Lake of Nine acts as a fantastic hub to get around the world.

The gameplay has taken a huge shift too, gone are the days where God of War played more like a character action game and in is a more measured experience. The camera has shifted to behind the shoulder and the combat takes on a very similar feel to Dark Souls without the stamina meter. You can still pull off flashy combos and the magical based attacks you’ll find throughout but this time you’ll also have to manage Atreus who becomes more of an extension of Kratos’ move set. Atreus wields a bow and it’s assigned its own button, allowing you to weave in attacks between your constant barrages of attacks with the axe. The Leviathan Axe itself deserves a special mention too, it possess the ability to be thrown and then called back to you, a technique you can use to your advantage in many ways. You could toss the axe at an enemy at the back, wait for them to get nearer and then call it back, tripping the enemy in the process and allowing you to finish it off. To add more flavour to the combat system, you can equip Kratos and Atreus with different armour and enchantments, allowing you to build a Kratos that is more focused on strength, magical attacks or a balance of the two. There’s a lot more customization to Kratos and by the end of your journey, you’ll feel that you’ve really built a Kratos that matches your playstyle. 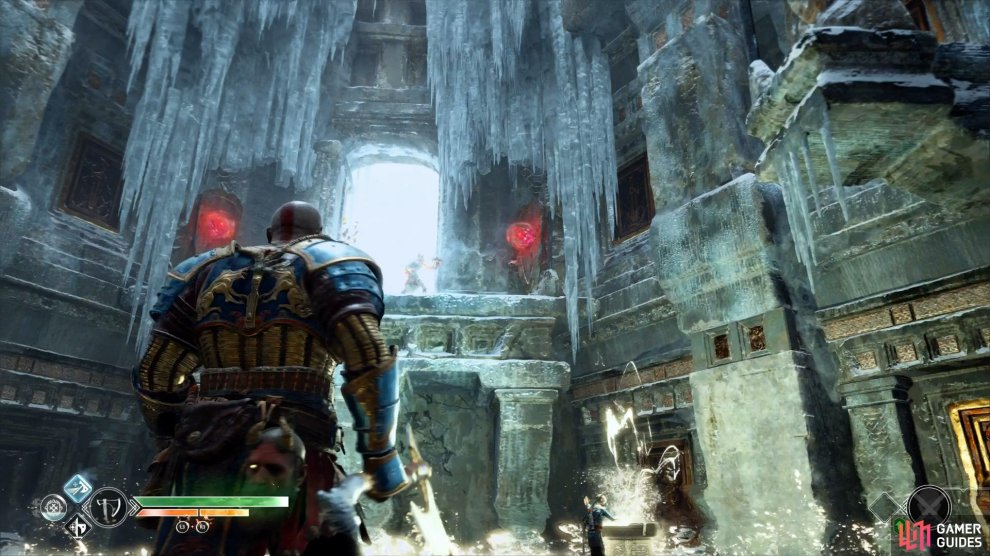 The locations are stunning and bring Midgard to life.

It can take some time to get to grips with God of War’s combat system and thankfully, the game gives you plenty of time to get used to it. You won’t be thrust into battle after battle like the previous games in the franchise, instead there’s a lot more exploration here, secrets to find and hidden puzzles. The world is crafted with breathtaking beauty and there’s plenty of variety to the locales you’ll be visiting such as the realms of Niflheim or Muspelheim, lands from Norse mythology brimming with personality. You get the feeling of adventure and progression as each place expands upon the last but all find themselves connected in a way the Dark Souls games do. There’s plenty to see and do in these locales as well, be it searching for Odin’s ravens, completing runic puzzles for health upgrades or on the hunt for artefacts and other collectibles, each area is packed full of things to do and you’ll return to old locations with new tools to do it. Indeed the game’s greatest challenge, a series of difficult optional boss battles, are all hidden away in each of the locations and you’re well rewarded for the gruelling battles that you’ll have there. You’ll obtain some of the rarest equipment that will allow you to take on tougher challenges and help you build towards a certain playstyle, all of which gives the gameplay a well-rounded loop that never feels like it’s overstaying its welcome.

The sound design deserves an honourable mention too, the soundtrack is exceptional, belting out symphonic themes that nail the moment along with a voice cast that really do bring life to the characters. Kratos and Atreus form a believable duo of father and son and it really helps to pull you into the narrative. Even the beasts you find yourself up against have terrifying tells and calls which show up their ferocity and help to keep you on your toes as you delve through the wilds towards your goal. You’ll need to listen out for distinct cues that will aid you in snuffing out another nearby Odin’s Raven or you can hear the sound of a waterfall in the distance which brings the environments you travel in to life. Even outside of the cast for Kratos and Atreus, all of the secondary characters deliver a convincing performance and one that you’ll remember long after the credits roll. The music has a dynamic feel to it at times as well, what starts as a calm song can build into a thumping track full of emotion as the weather picks up around you and a storm begins. 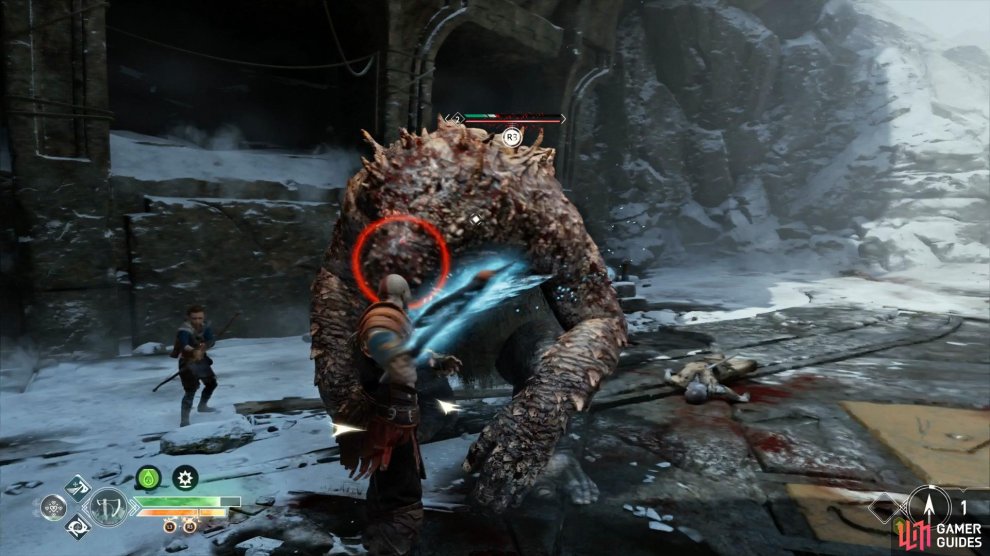 There are many ways to approach combat with mounting your enemies just one of them.

There’s lots to see and do here, besides the three difficulties that you can choose from the beginning (of which the hardest should be saved for a second playthrough), there are many collectibles, skills to master and side content. There are two optional realms that you can visit outside of the story with unique gameplay mechanics such as combat trials or a roguelike style in which you can obtain the game’s best rewards. On top of that, there are a series of optional battles that will test all your skills, culminating in an optional boss that is not only memorable, but worthy of the mantle of superboss. The addition of stats to all of Kratos weapons and armor allow you to experiment with all kinds of fun and exciting builds, some of which will compliment certain Runic Attacks or Summons and you’re always finding new ones be it from a puzzle in the environment or a reward for a difficult quest. This gives you the ability to play through the game with a different playstyle in mind, one that may work well for one of the easier difficulties will be far too risky to use on a tougher one. It’s this freedom of choice in how you build your Kratos that really gives you many options and choices on subsequent playthroughs. When all is said and done, you’ll get more than enough value out of God of War even if the postgame (should you not tackle the side content before the final encounter) is a bit on the short side.

God of War is a modern masterpiece and one of the best games to grace the Playstation 4 library. It’s a sweeping tale of loss and new beginnings and one that echoes the nature of the God of War series. With a stunning soundtrack and many gameplay systems to sink your teeth into, there’s something here for everyone and a game that will keep you engrossed for many hours.